As an experiment, the first meeting for 2020 was held at 6.00 pm to offer an opportunity to our working members to attend after work or studies. We were pleased to see the smiling faces of thirty-seven members and five guests.

This month's guest speaker was Phillip Rhodes a highly skilled and experienced milliner. After completing his apprenticeship Phillip worked in London where for the first time he worked in the world of the theatre. Over the course of his career has run his own salon and created head-wear for the Australian Ballet, the Melbourne Theatre Company and the Australian Opera. 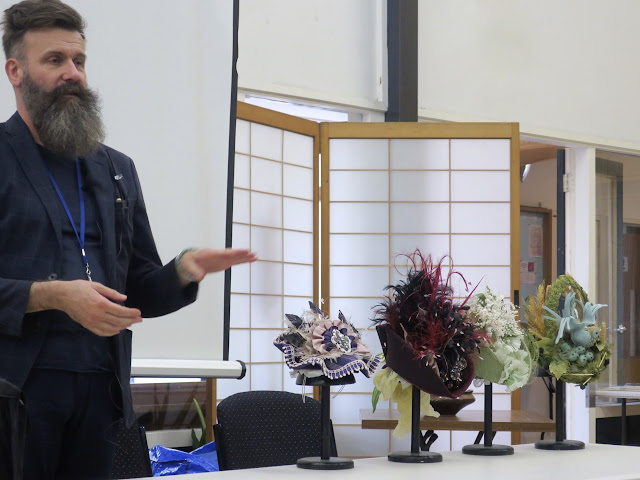 To illustrate his presentation Phillip showed and discussed the creation of four hats he had created for the Melbourne Theatre Companies 2011 production of 'The Importance of Being Earnest', which starred Geoffrey Rush in the role of Lady Bracknell. 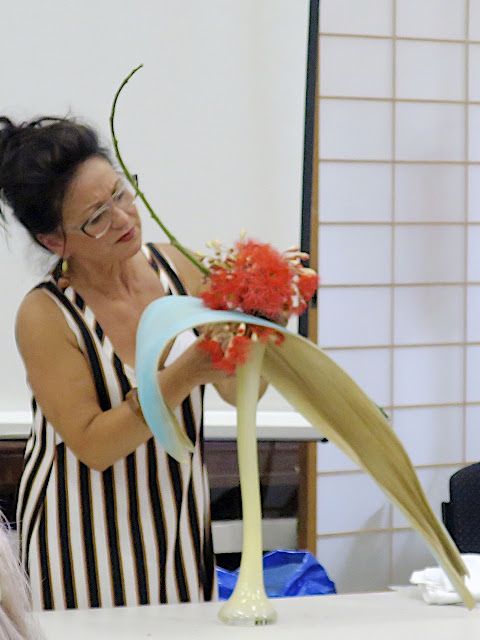 In the preparation of her presentation Lucy said that she also had in mind the glamorous headwear seen in many mid-century Hollywood films worn by film stars like Lana Turner. 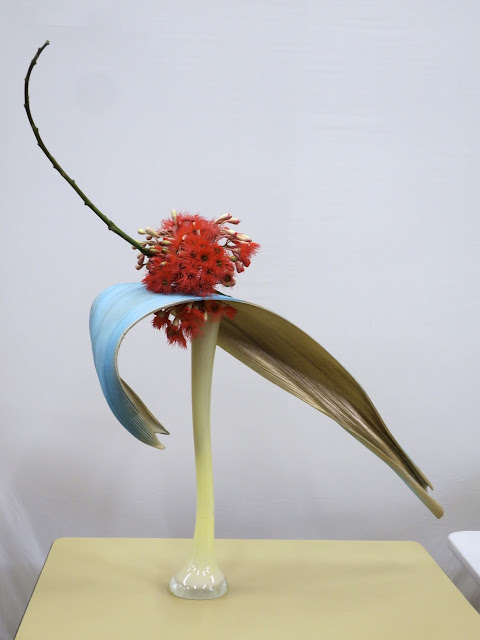 The first of Lucy's ikebana used a palm spathe, a stem of and some red Flowering Gum. She had painted the spathe light blue on the upper surface and gold underneath. 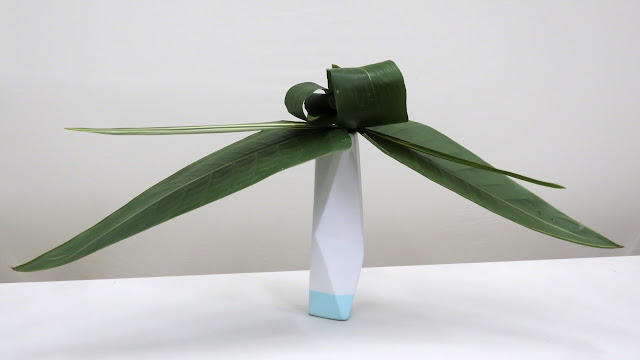 In her second example used two leaves each of Strelitzia, New Zealand Flax and (curled) Aspidistra

Below are ikebana works created by members for the meeting. 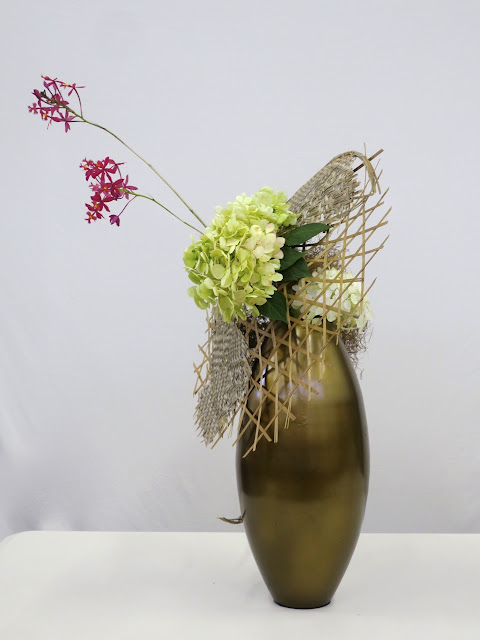 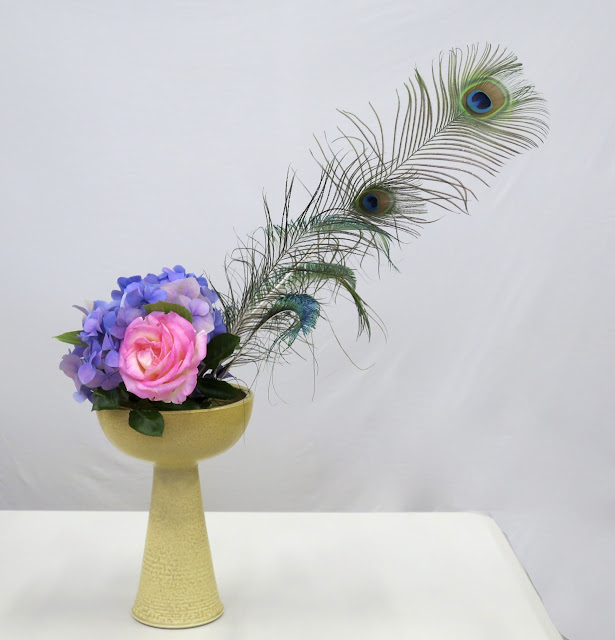 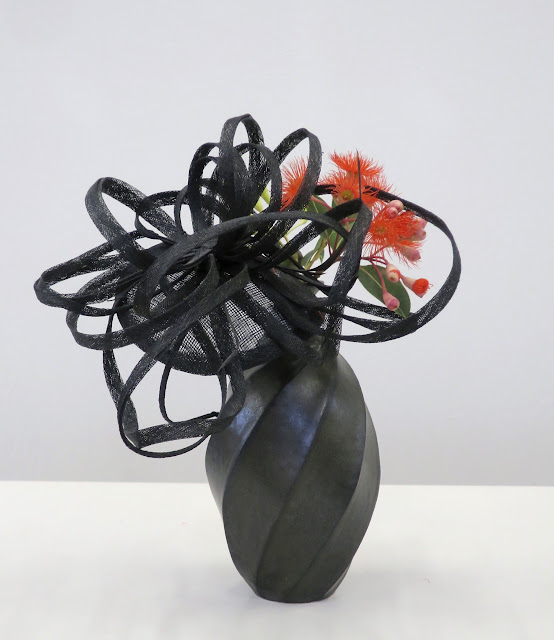 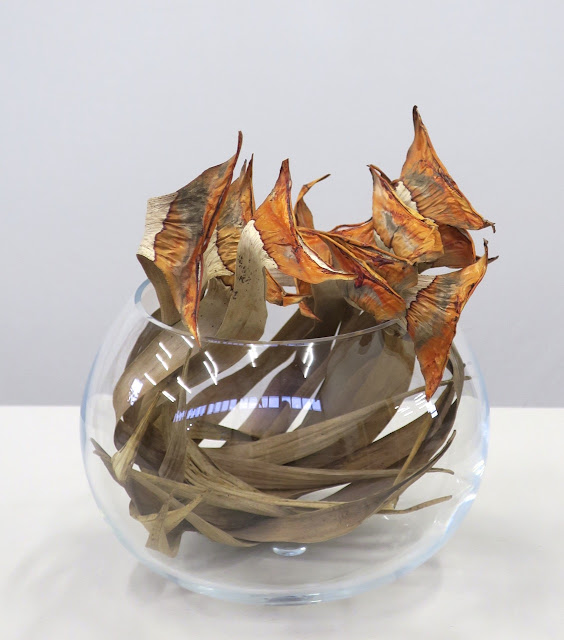 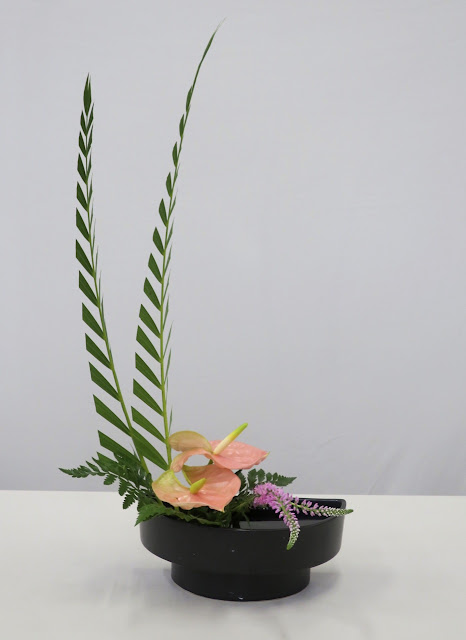 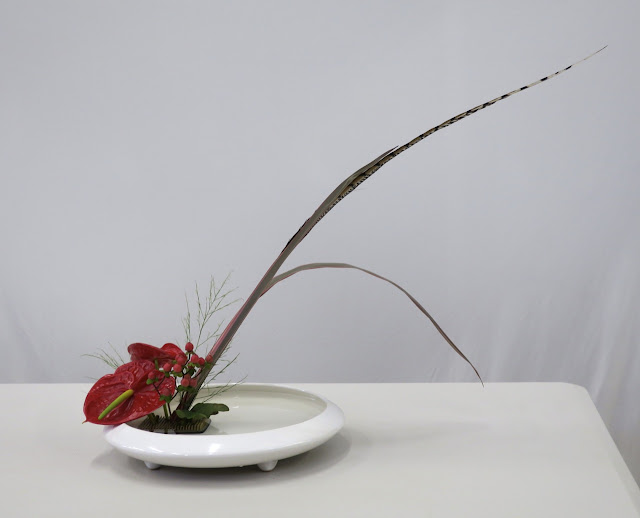 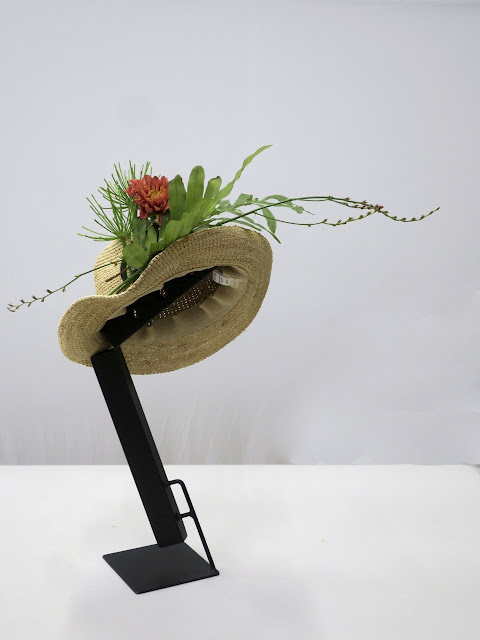 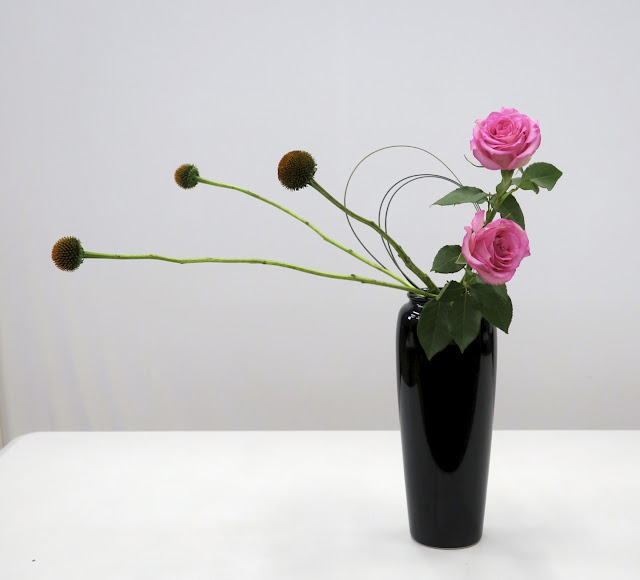 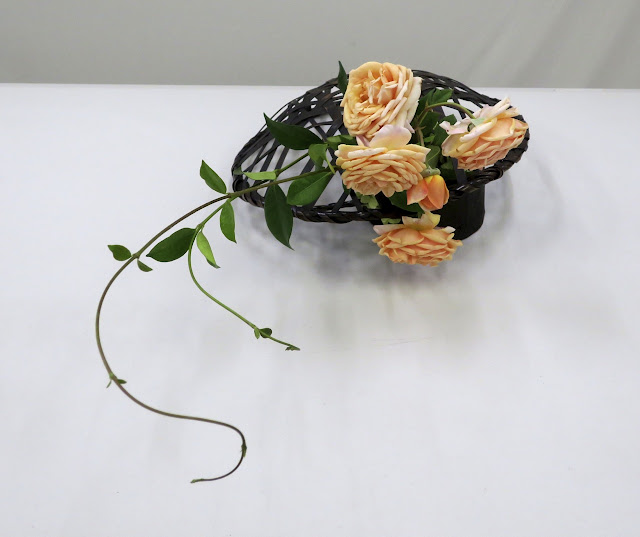 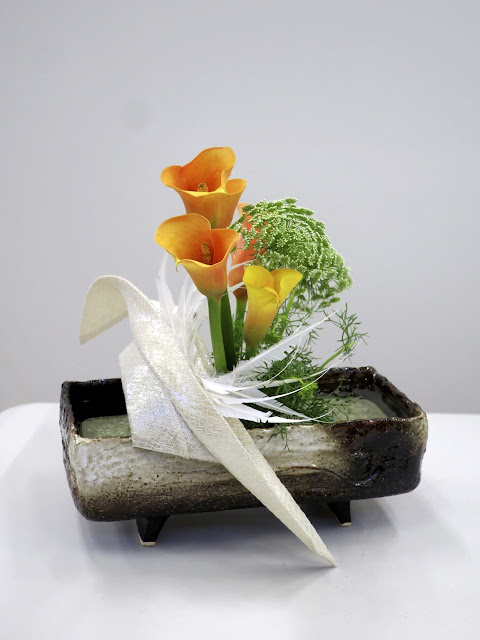 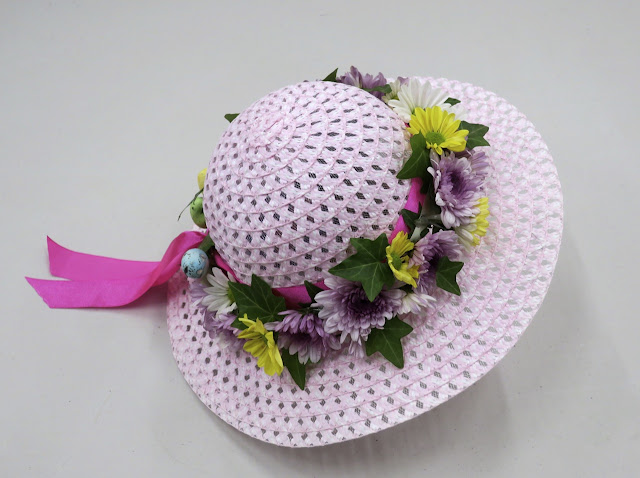 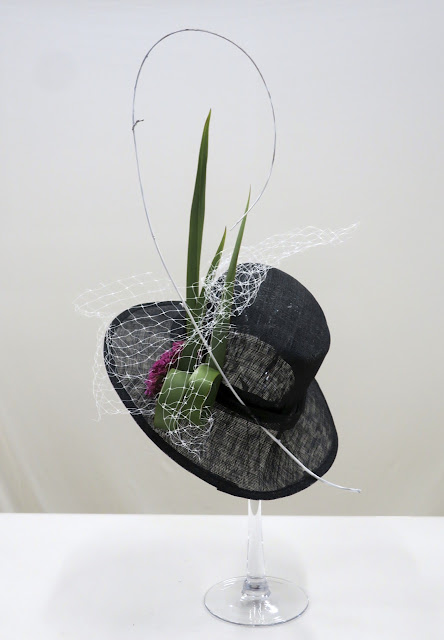 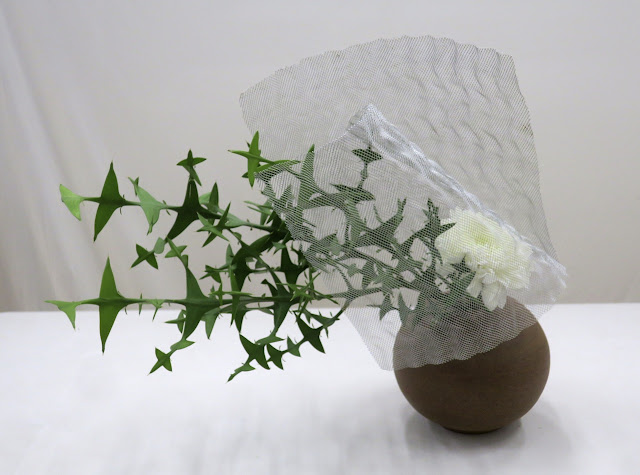 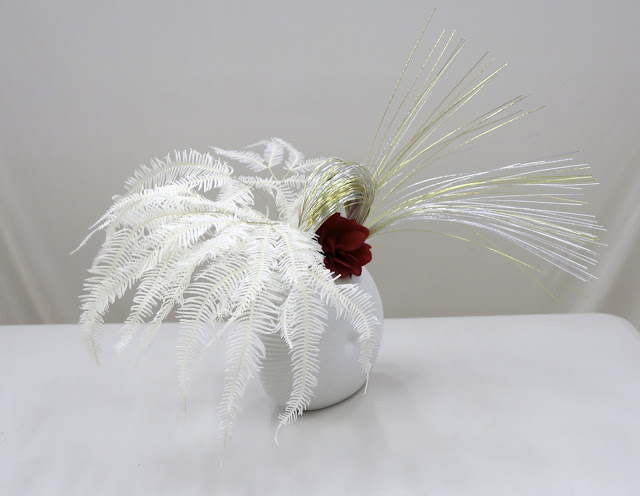 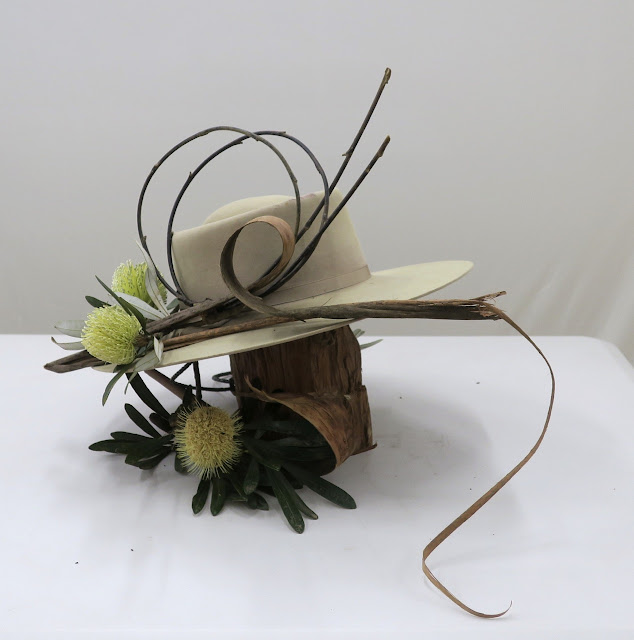 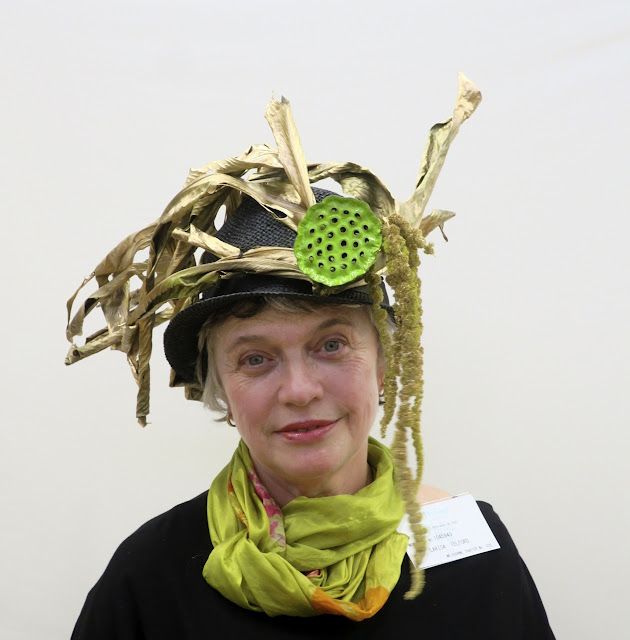 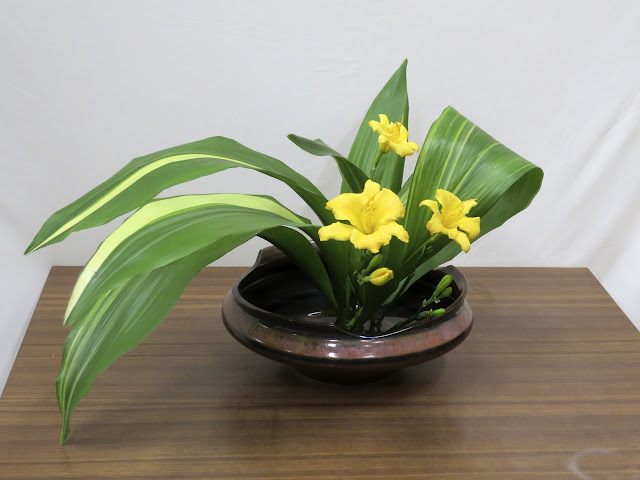