On 3 December there was a celebration at the Japanese Consulate to mark the birthday of the Emperor of Japan. Different schools from the Melbourne Chapter of Ikebana International. take turns to create a floral arrangement for this occasion each year.
This year Naomi Cullen, from the Ichiyo school, made the arrangement below. It was placed in the main room, where Mr and Mrs Sobashima welcomed four hundred guests. 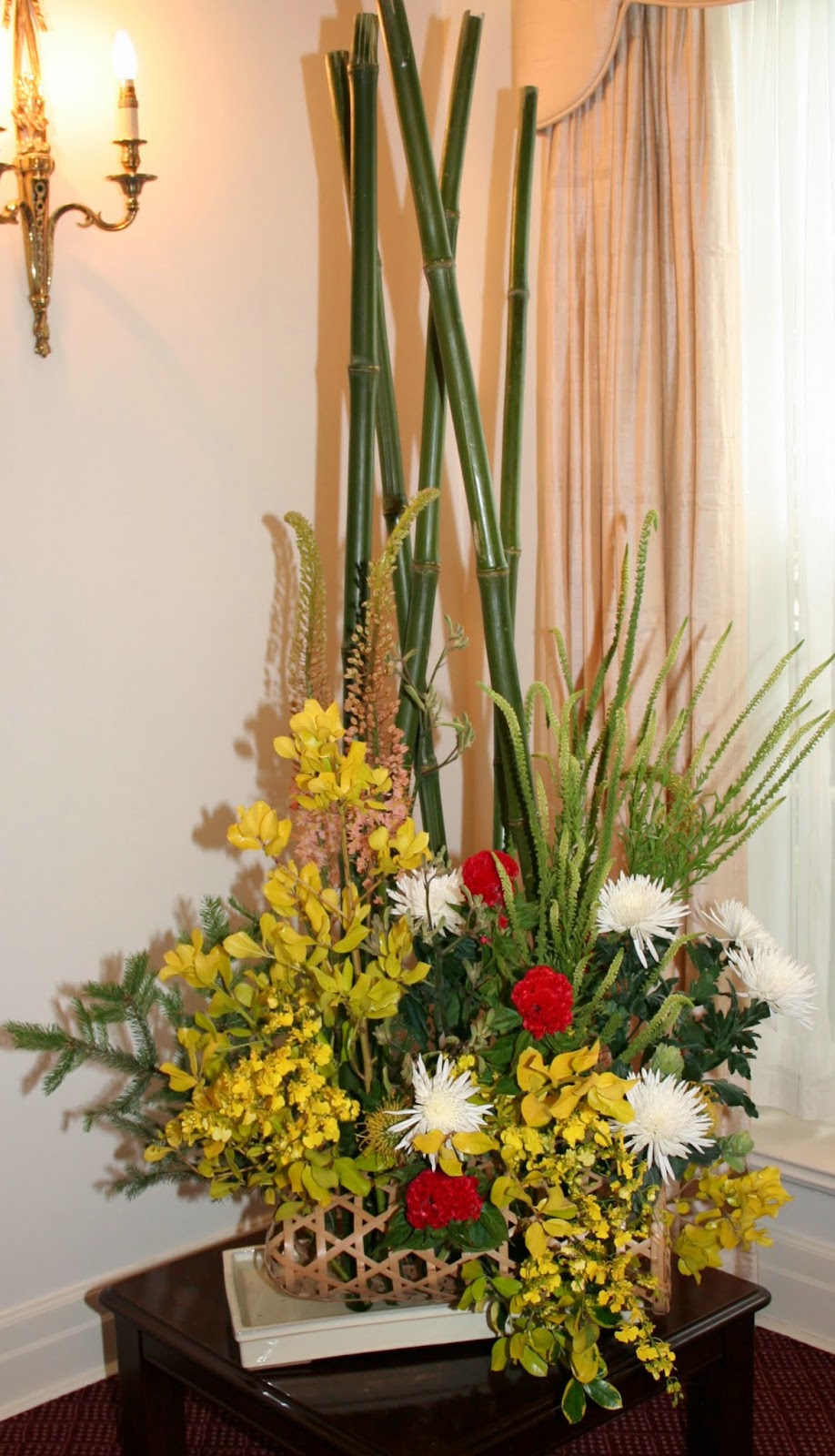 On November 11 the Sogetsu chapter held its final workshop for 2013. Lara Telford set the challenge of making a free-style arrangement based on one of the five traditional oriental elements, namely, fire, water, earth, wood and metal.
Examples of Lara's demonstration can be viewed on the Sogetsu web-site by clicking on the following link and scrolling down to 'RECENT WORKSHOPS'


On 16 December there were ikebana demonstrations by five different schools as part of the Melbourne Now exhibition at the National Gallery of Victoria - Ohara, Shogetsudokoryu, Ichiyo, Ikenobo and Sogetsu.

A festive Ohara arrangement with liliums and pointsettias

Getting ready for a Shogetsudokoryu arrangement..... 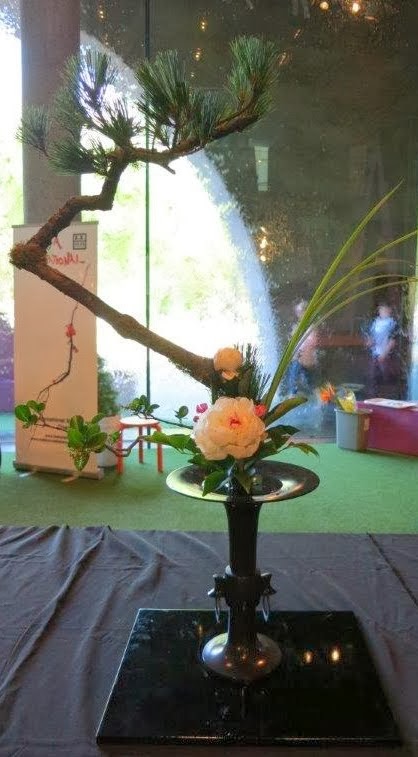 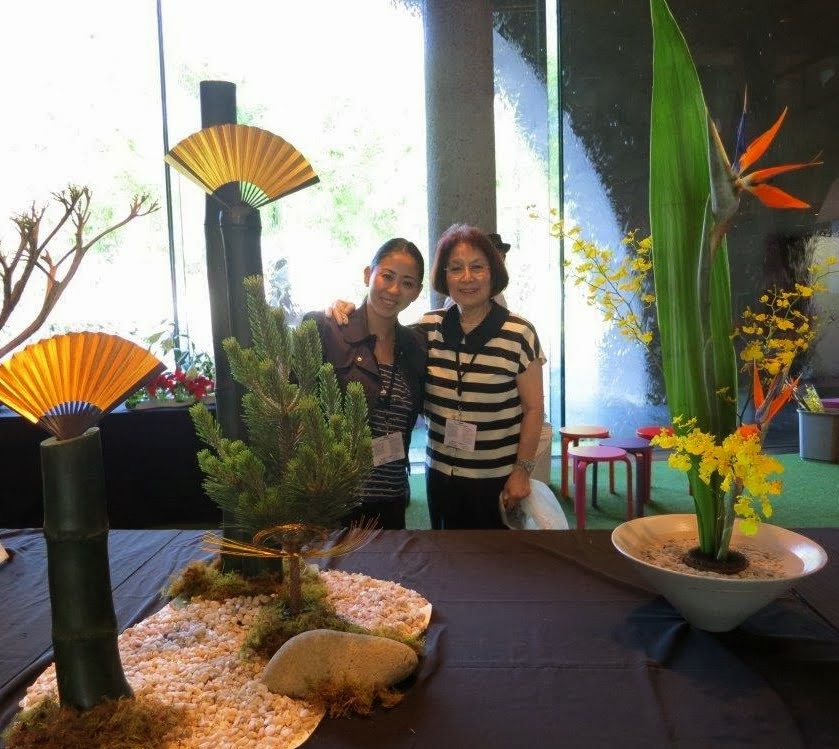 And as can be seen there was considerable interest in the display of the arrangements at the end of the demonstration!

There are more photos of the Sogetsu arrangements presented at this event on Christopher James' blog
http://roadsideikebana.blogspot.com.au/


The program for the Melbourne Chapter of Ikebana International in 2014 has been finalised and looks very interesting.

Our first meeting will be on Tuesday February 11 2014 at the Toorak Uniting Church Hall, 603 Toorak Road, Toorak, starting at 10. 30 am. The workshop theme will be Red Hot Tuesday, as befits the season, and all arrangements should reflect this concept in some dimension - colour, feeling, or alternatively, some more abstract reference. .


Posted by ikebana International Melbourne at 10:58