Hiroshima Peace Day was commemorated by a special service in St Paul's Cathedral in Melbourne on Sunday 4th August. The service was attended by Mr Matsunaga the Consul-General of Japan, who with his wife are the patrons of the Melbourne Chapter of Ikebana International. The Hiroshima Peace Candle was lit by Mr Matsunaga who also gave an address on the theme of international peace. 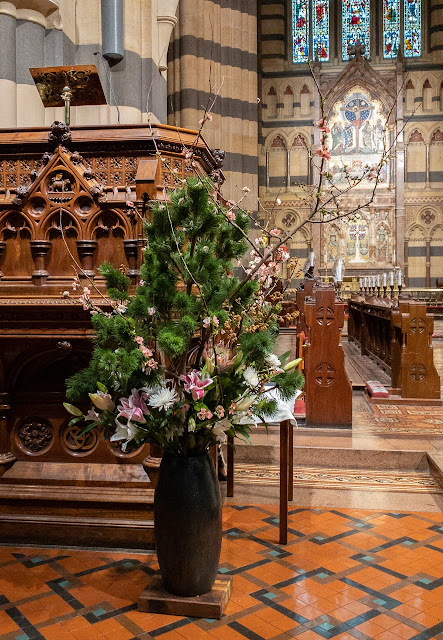 This larger installation, above, was created by members of the Shogetsudo koryu school led by Chieko Yazaki. 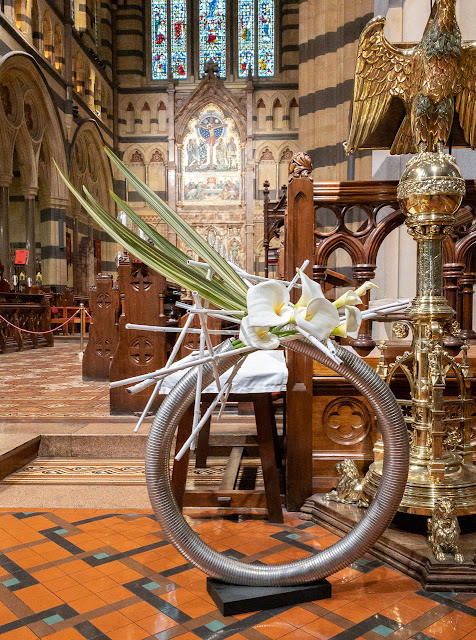 The second work was created by Emily Karanikolopoulos representing the Sogetsu school.