The workshop held on Saturday 11th May was attended by 25 members. Saturday workshops are important because a number of the members are not able to attend weekday meetings owing to their work or other commitments.

The workshop was led by Emily Karanilolopoulos, a senior Sogetsu School teacher. The theme she set was, 'Make an ikebana that express a (particular type of) movement'. This idea is taken from the advanced curriculum of the Sogetsu school of Ikebana. 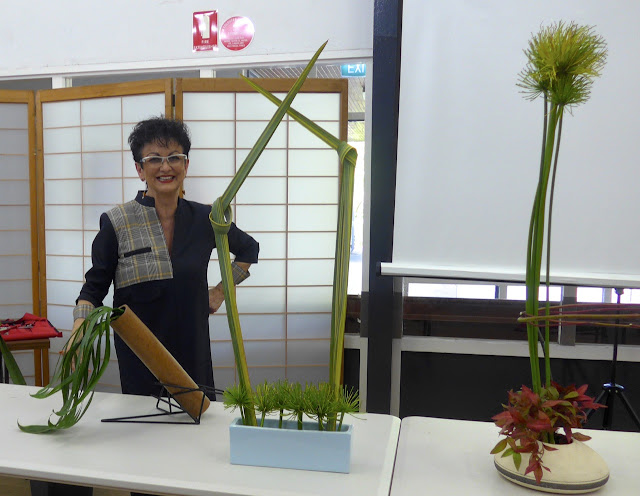 Emily explained the concept of the workshop theme and encouraged members to experiment with this unfamiliar topic. She also suggested that if the idea was too unfamiliar that the attendees should work within the ethos of their ikebana school.

She then presented four previously prepared examples which are shown in the photos below. 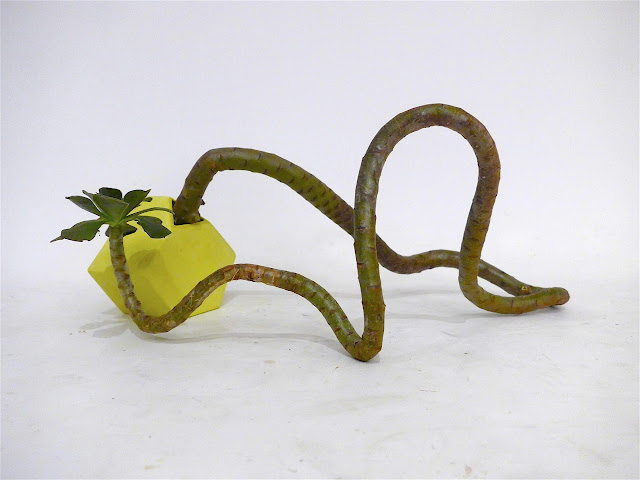 Example one represents the movement of crawling, like a caterpillar. 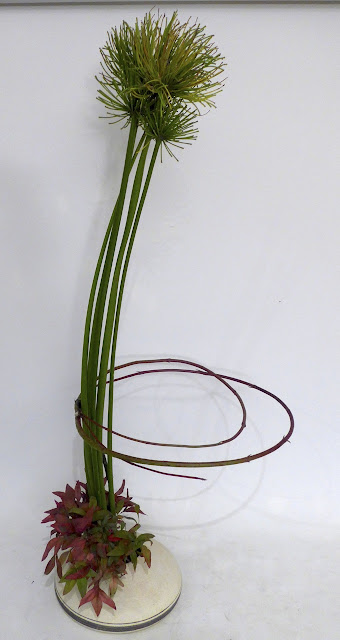 Example two represented a person playing with a hoola hoop. 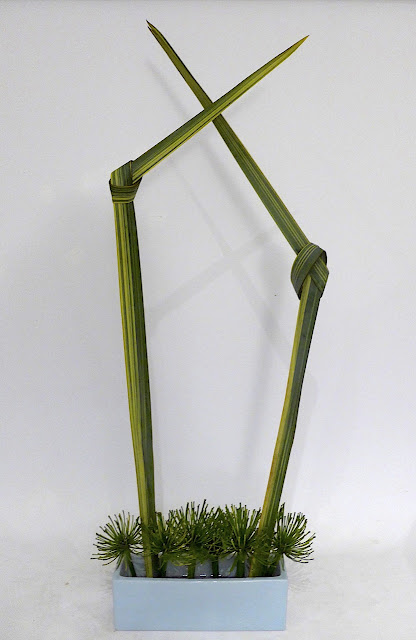 Example three represented the activity of fencing with swords. 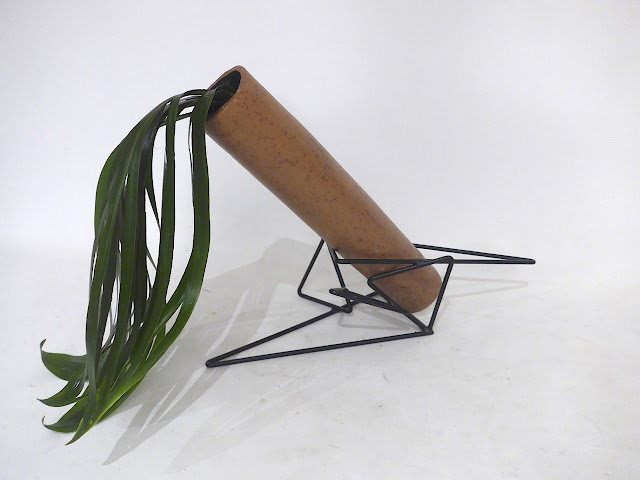 The photos below are of ikebana works made by the workshop participants. Unfortunately the movement represented by each of the arrangements was not able to be recorded at the time. That gives you a chance to make your own interpretations for them. 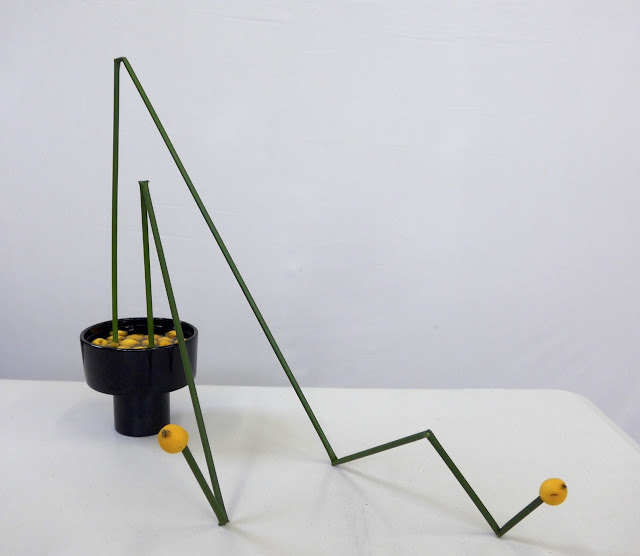 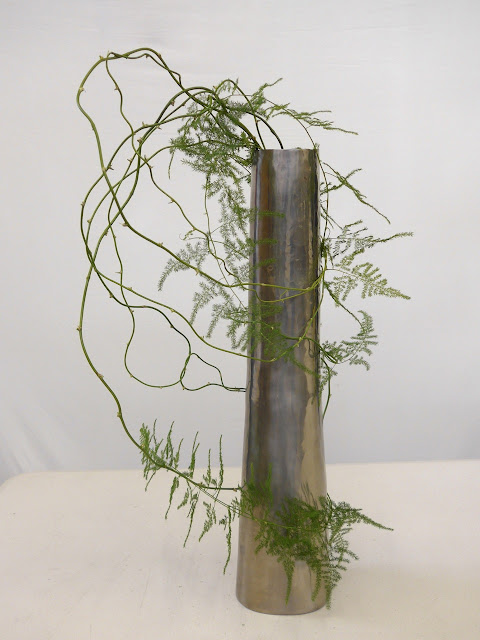 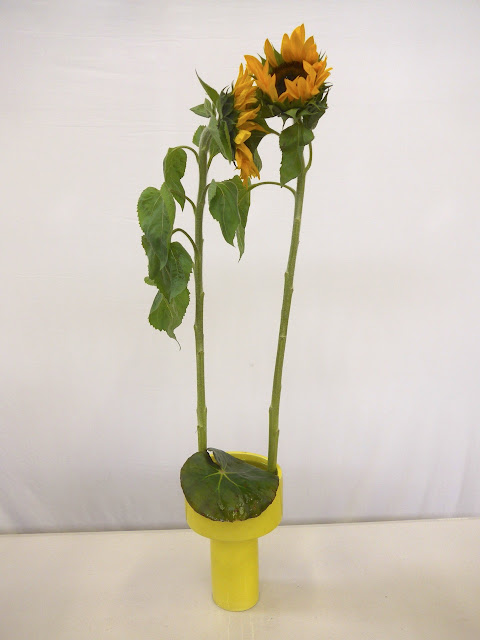 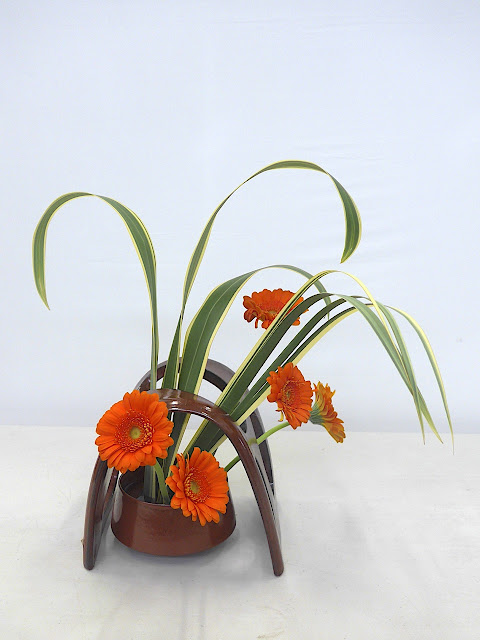 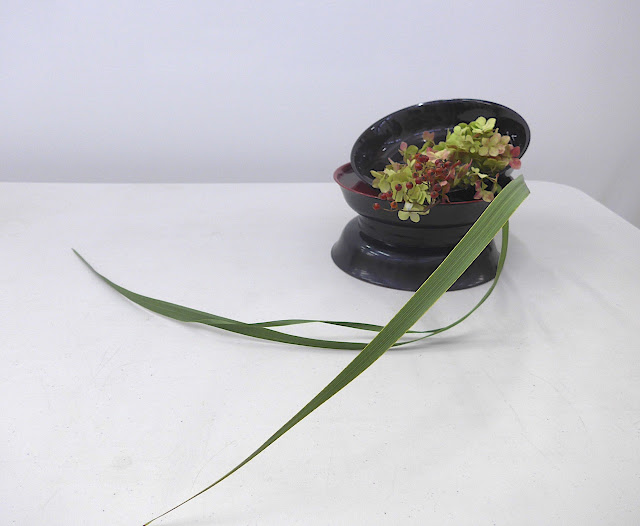 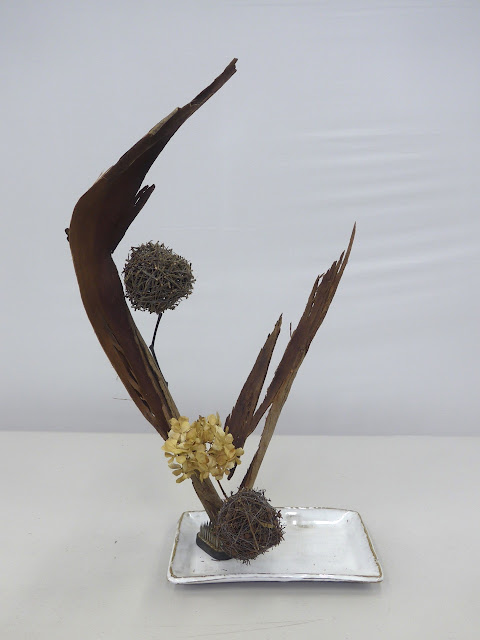 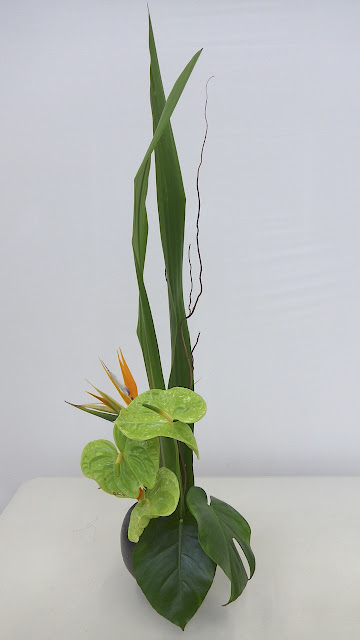 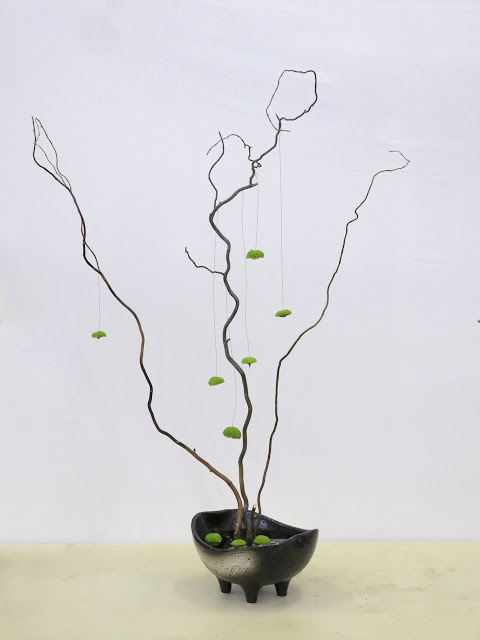 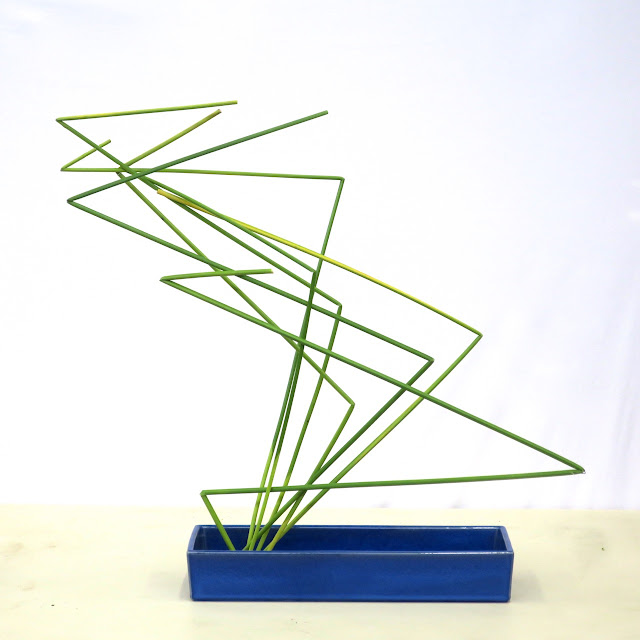 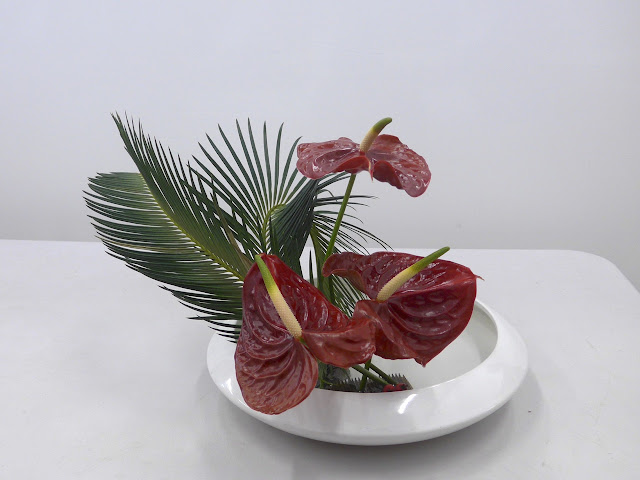 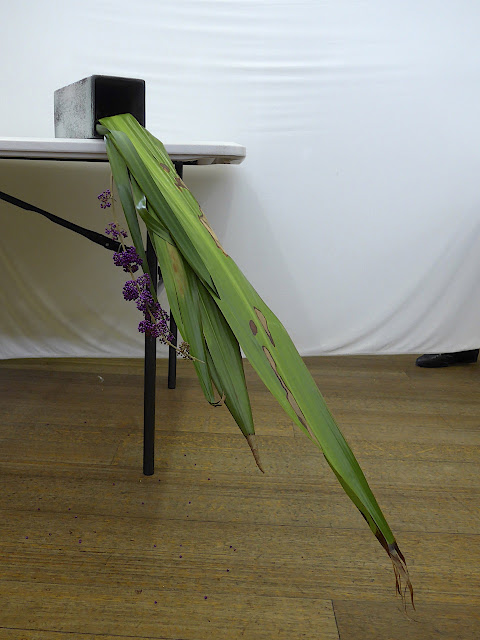 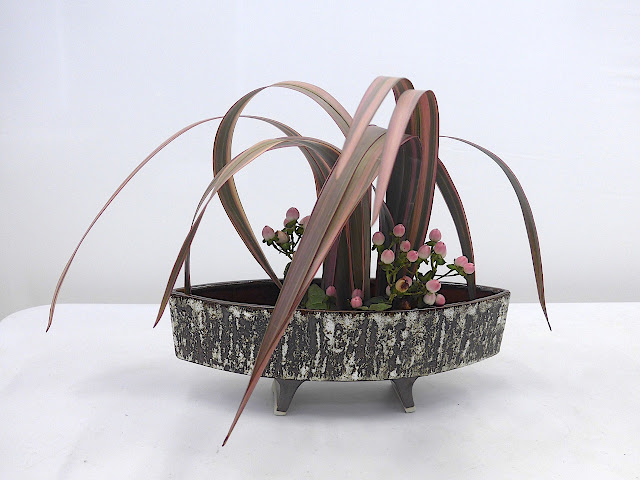 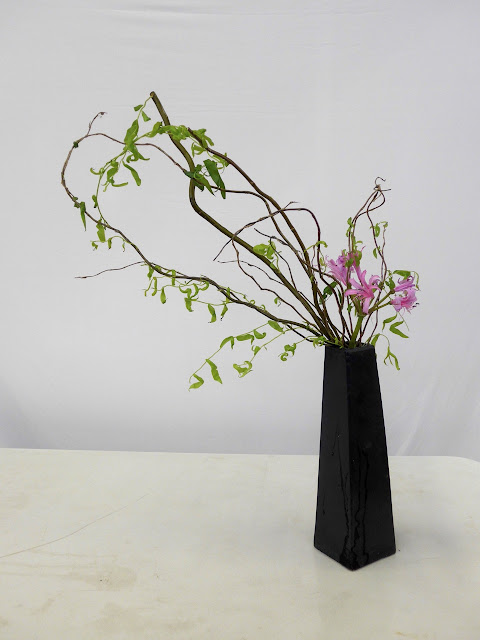 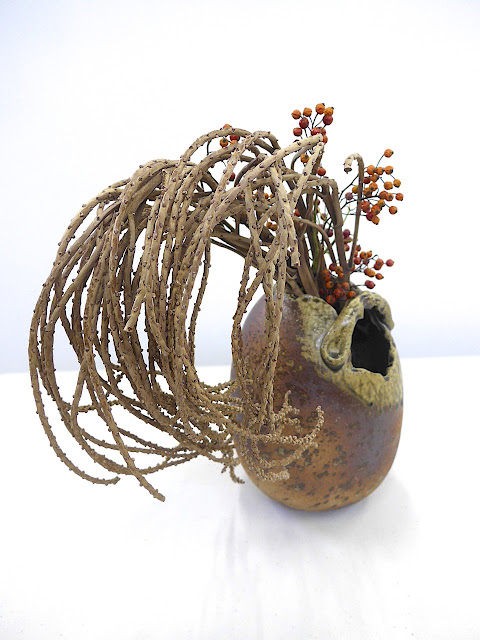 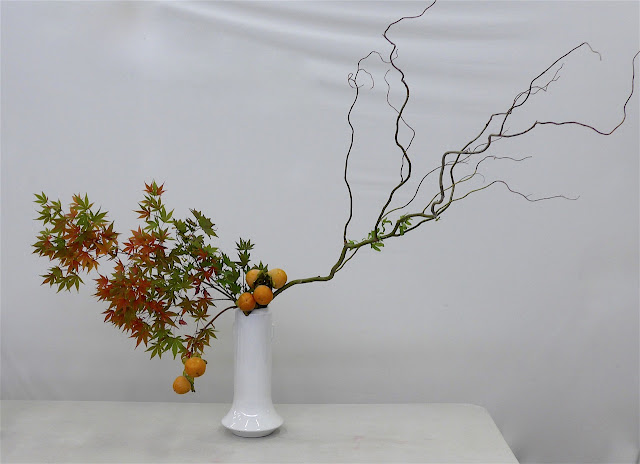 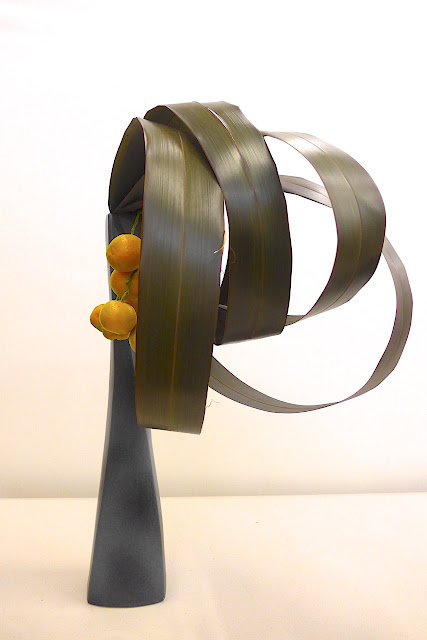 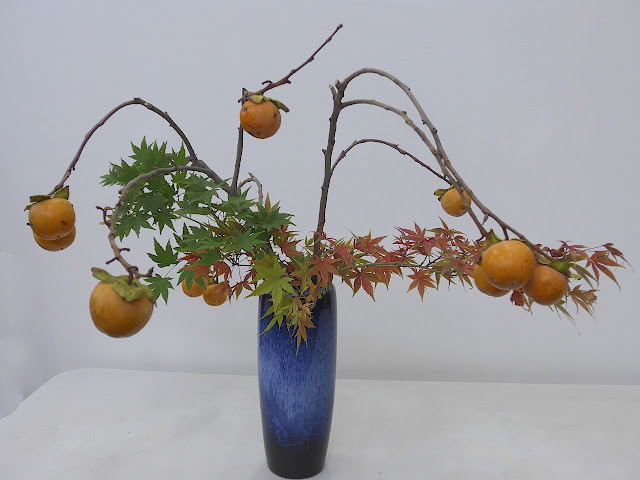 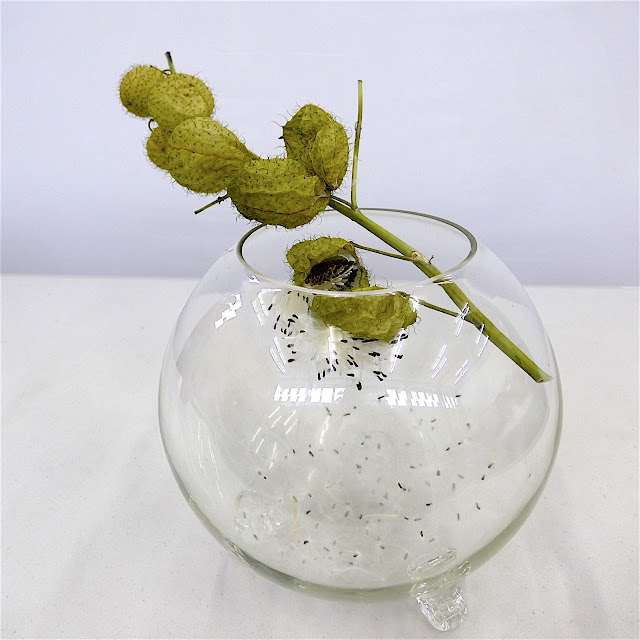 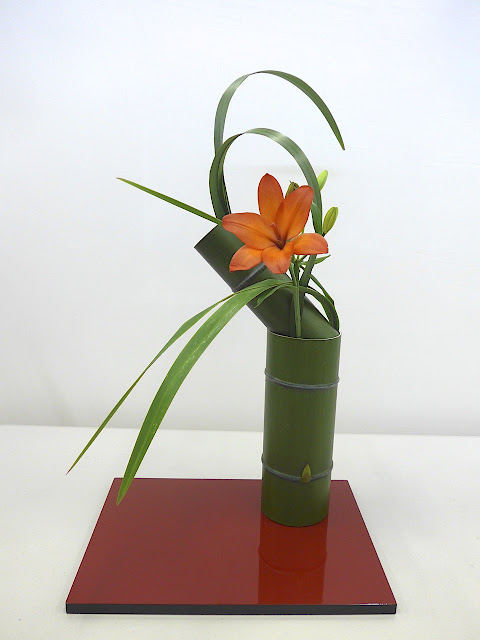 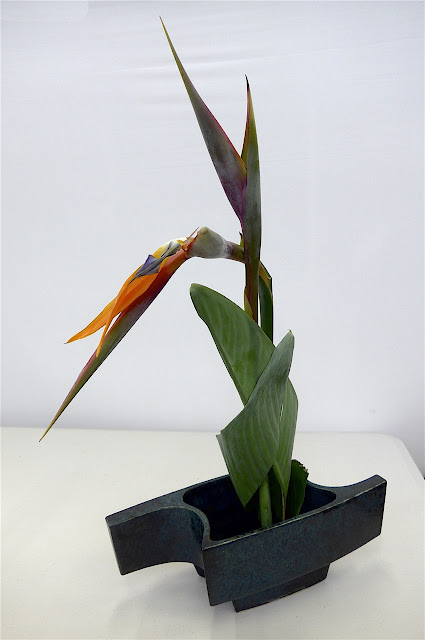 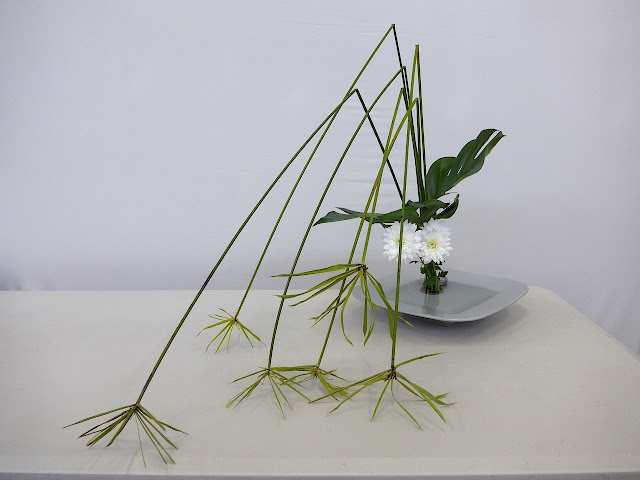 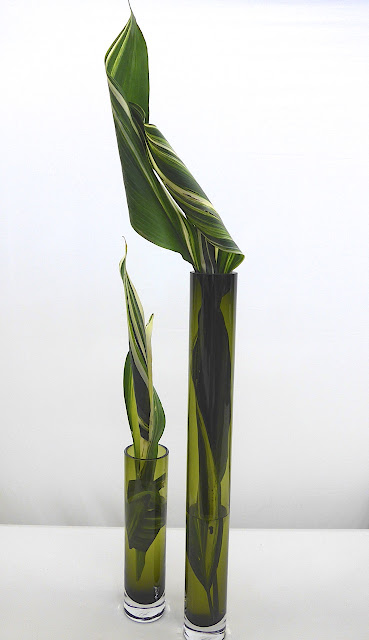 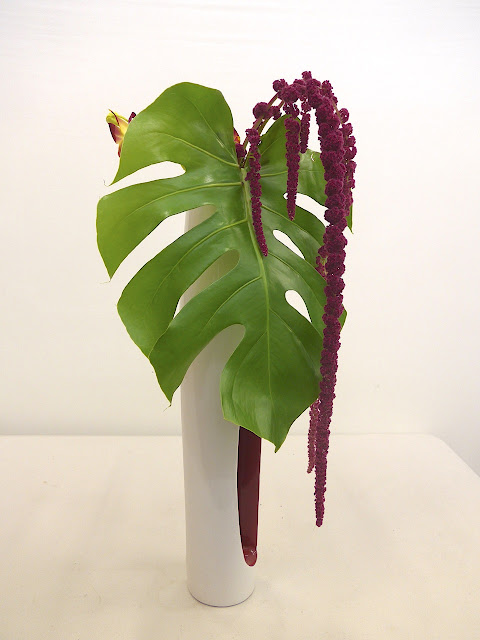 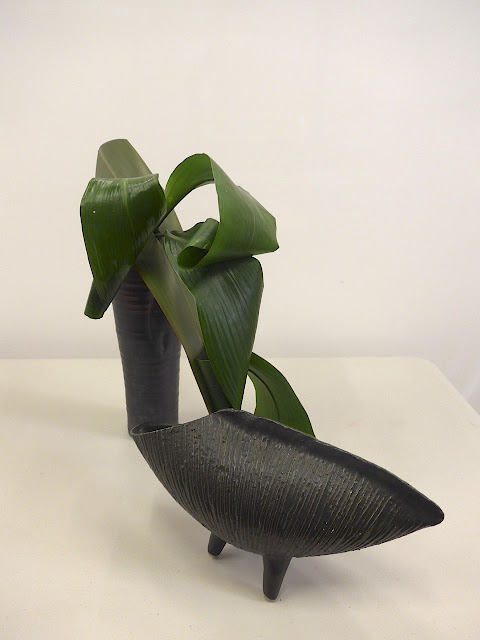