The March meeting of the Melbourne Chapter of Ikebana International was our official birthday meeting. The Chapter, which is now 60 years old, was founded by Norman Sparnon at an inaugural meeting on the 25th March l959 at Mr. and Mrs. Sparnon’s Brighton home. There were 24 inaugural members at that meeting. By the time the Melbourne Chapter was granted its charter (the first in the Southern Hemisphere) in September 1959 the membership had grown to 60.

Initially the Chapter represented only the Sogetsu and Ikenobo Schools as, by the time he left Japan at the beginning of 1958, Mr Sparnon had been awarded the highest teaching rank in both of those schools. Today, five schools are represented among the active members of the Chapter. They are the: Ichiyo, Ikenobo, Shogetsudo-Koryu, Sogetsu and Ohara Schools.

Being a birthday meeting, cake was on the agenda. 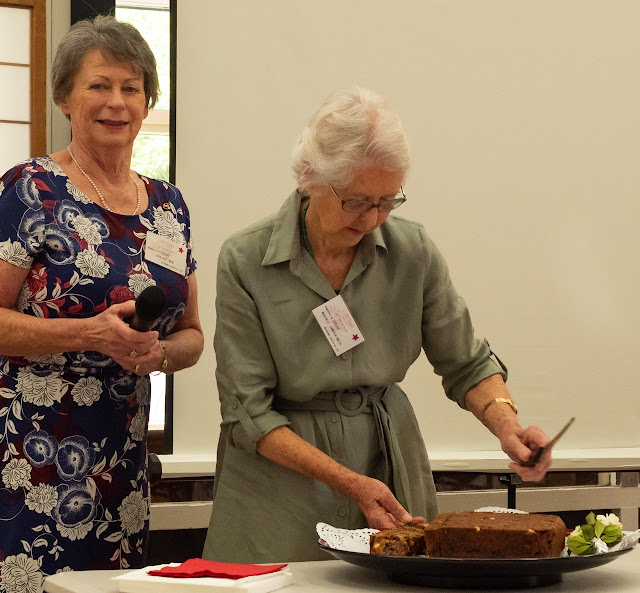 On the left is the President Trish Ward. Committee member Marjorie Campkin-Smith, who made the birthday cake, is seen here cutting it into pieces to share among the 47 members and guests. 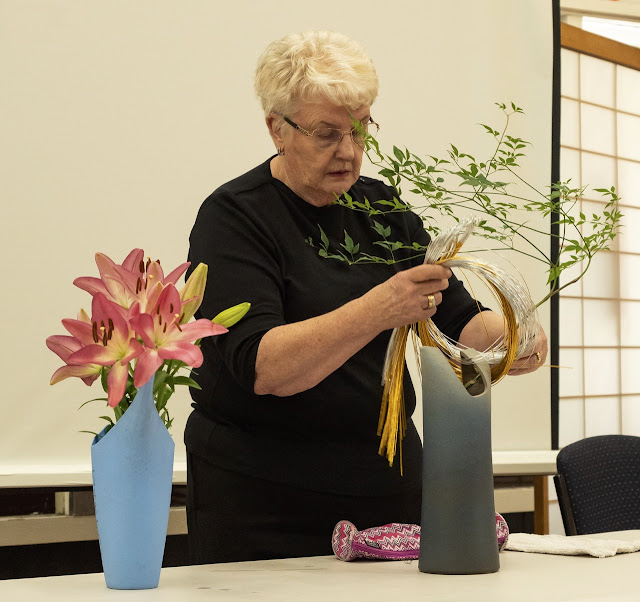 The ikebana theme for the meeting was, of course, 'Celebration'. Thea Sartori, a senior Sogetsu teacher and member of the chapter for many years, gave the demonstration. 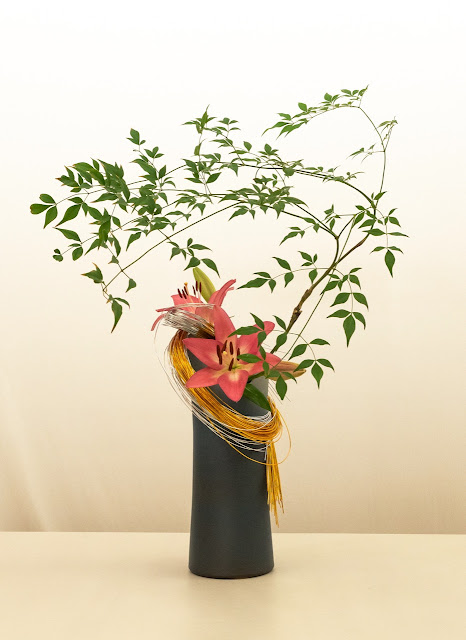 She used nandina from her own garden and asiatic lilies to which she added gold and silver mizuhiki.

Below are ikebana arrangements made by members who attended the meeting. 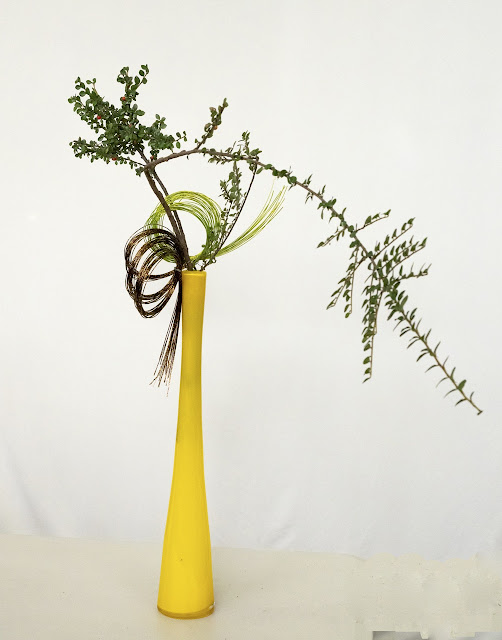 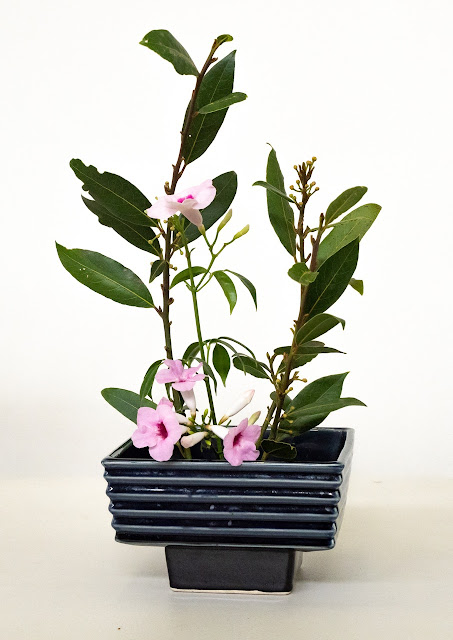 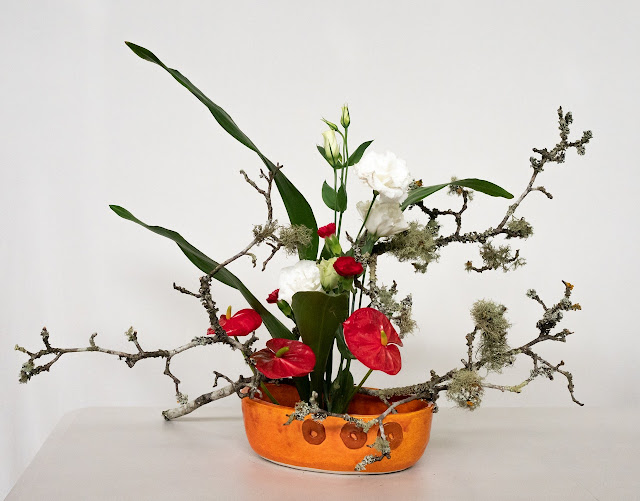 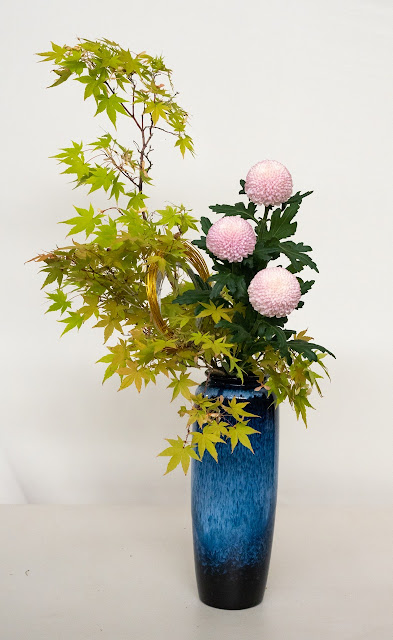 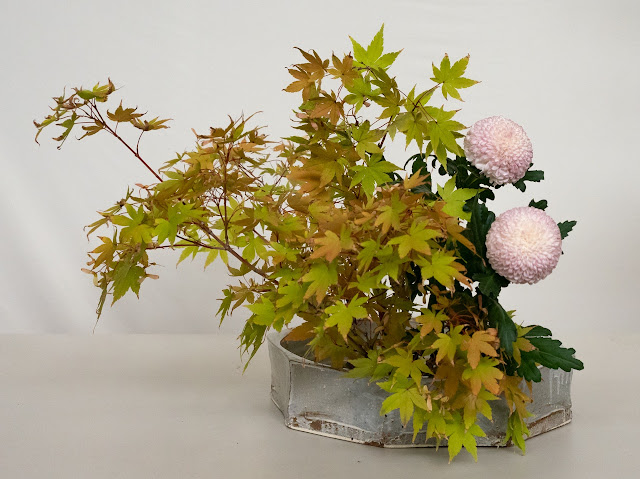 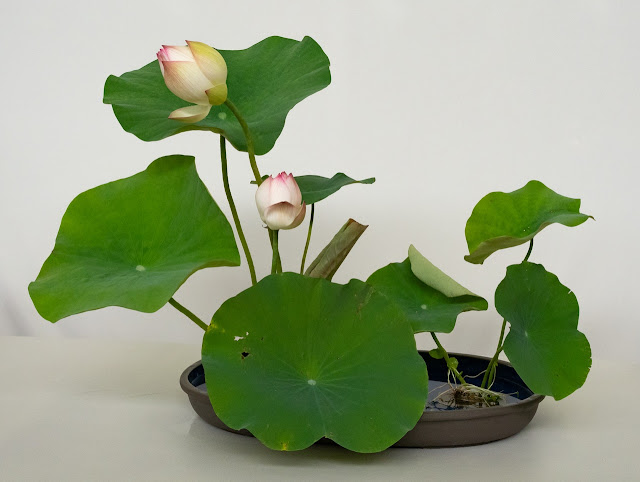 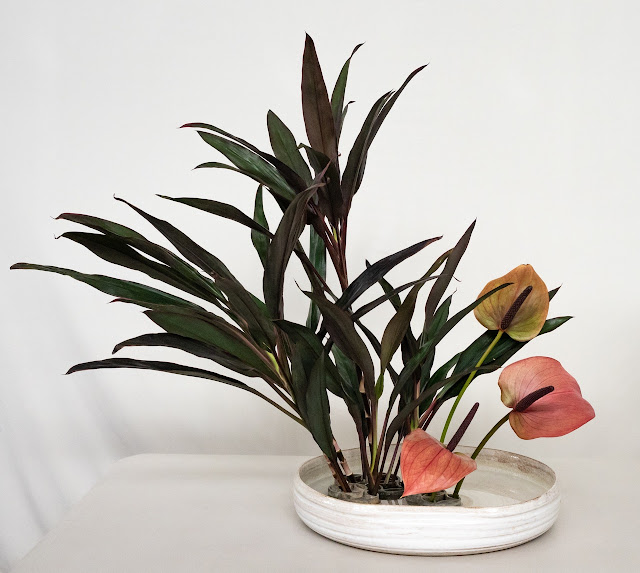 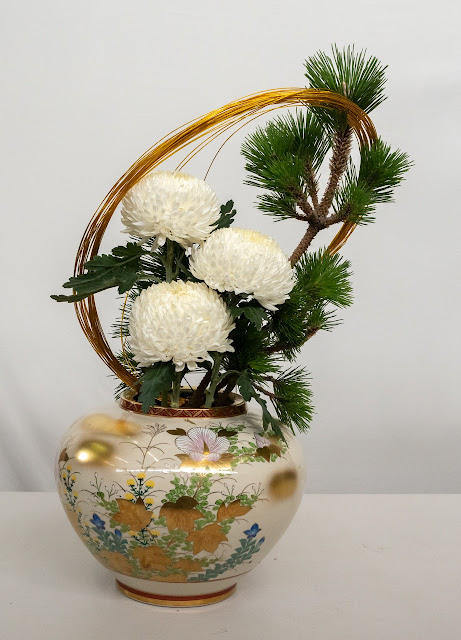 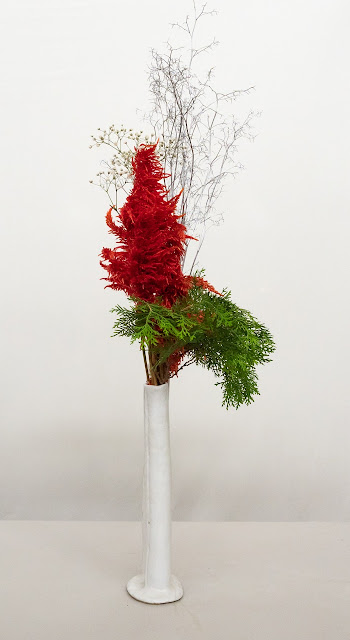 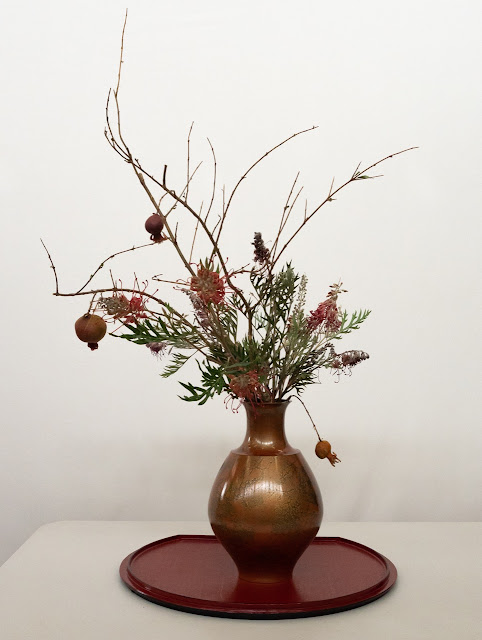 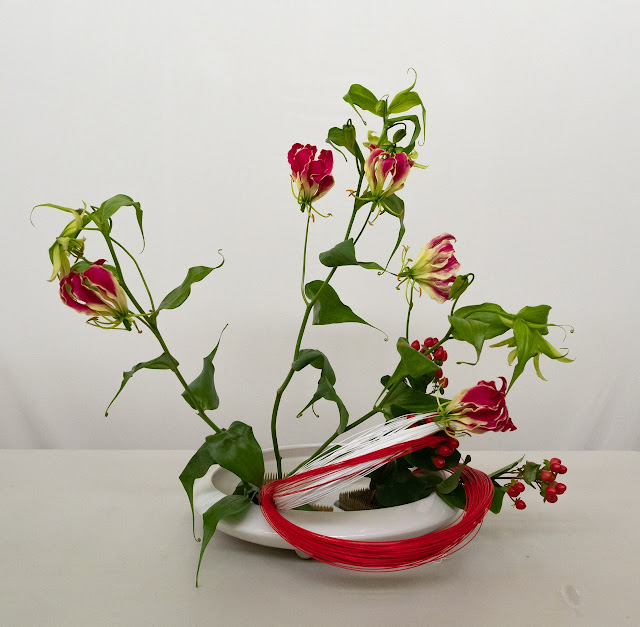 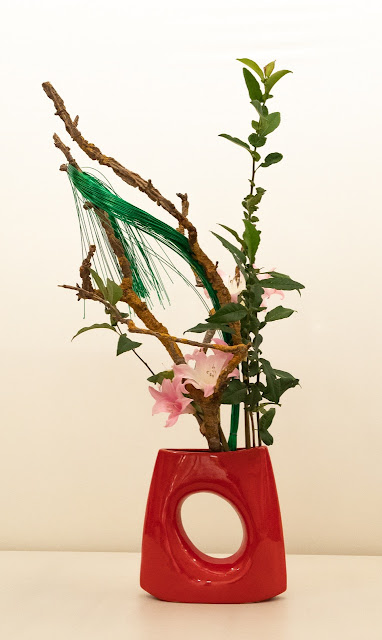 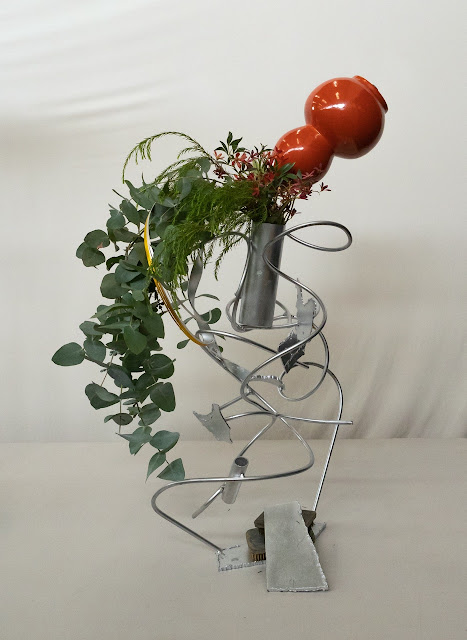 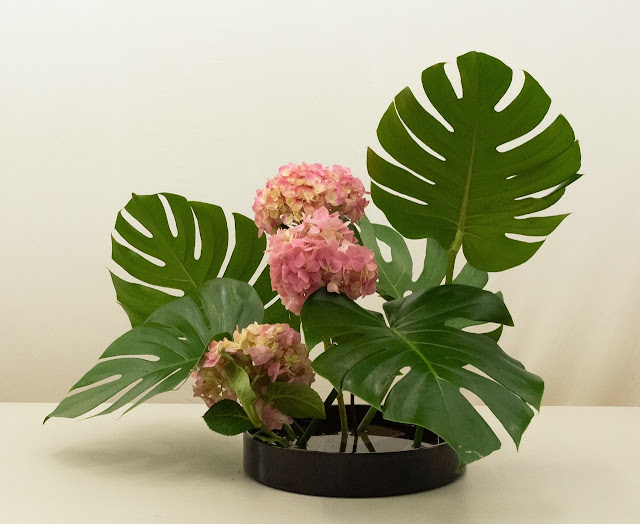 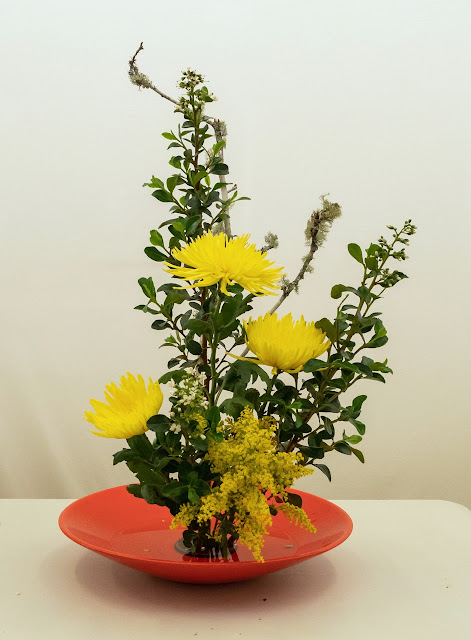 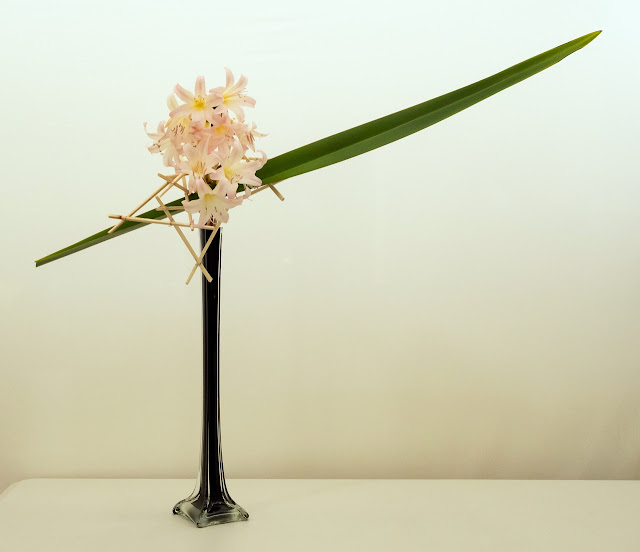 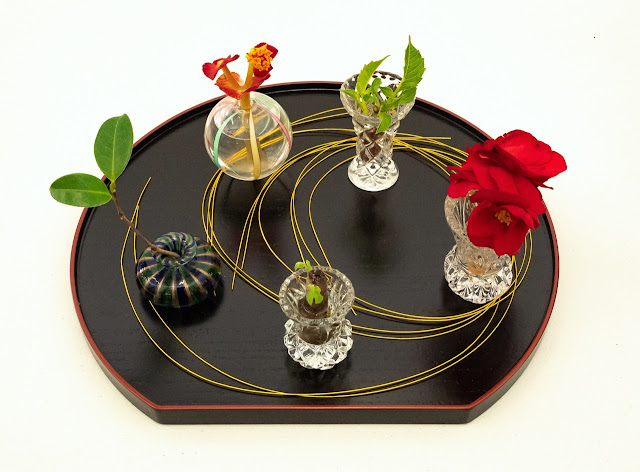 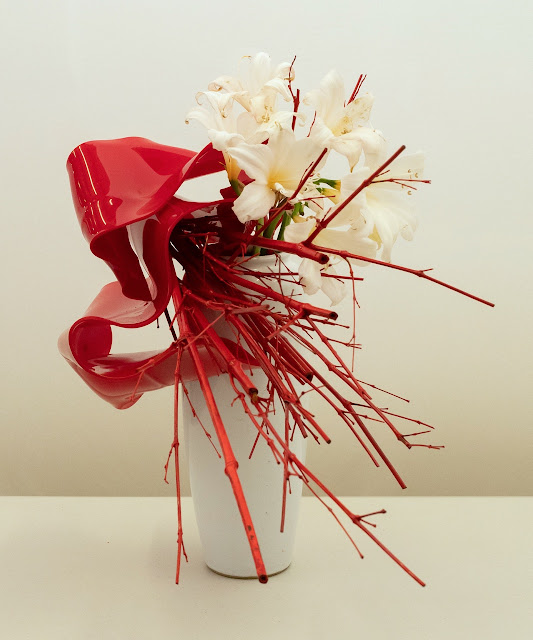 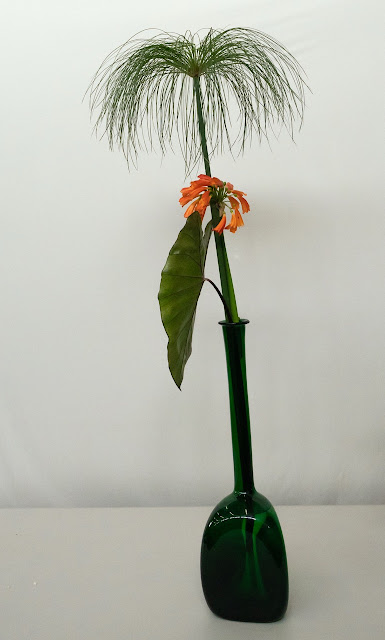 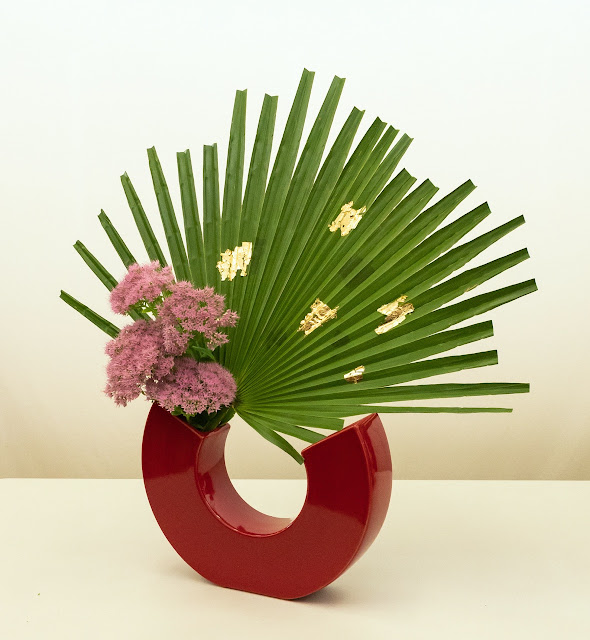 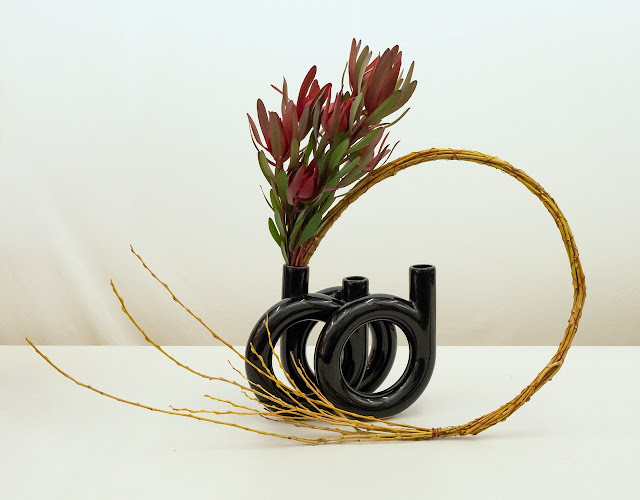 Thanks to Helen Marriott who took the above photographs. 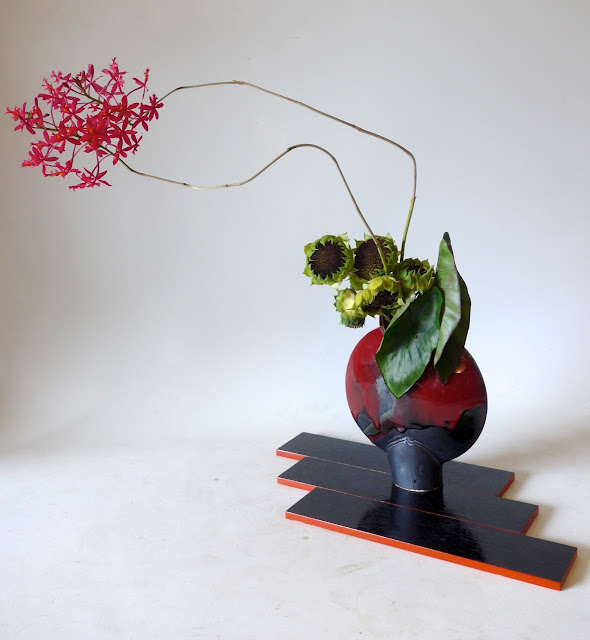 Posted by ikebana International Melbourne at 11:04 No comments: