The November meeting was the last for 2018 and was very well attended providing an opportunity to socialise before the long holidays at the end of the year. As has been our practice in the past, members also donated toys and money to the children's charity Cottage by the Sea. Members were also invited to donate ikebana vases they no longer use for sale at the meeting at a fixed price of $20.00.

The theme for the meeting was to make a New Year arrangement. 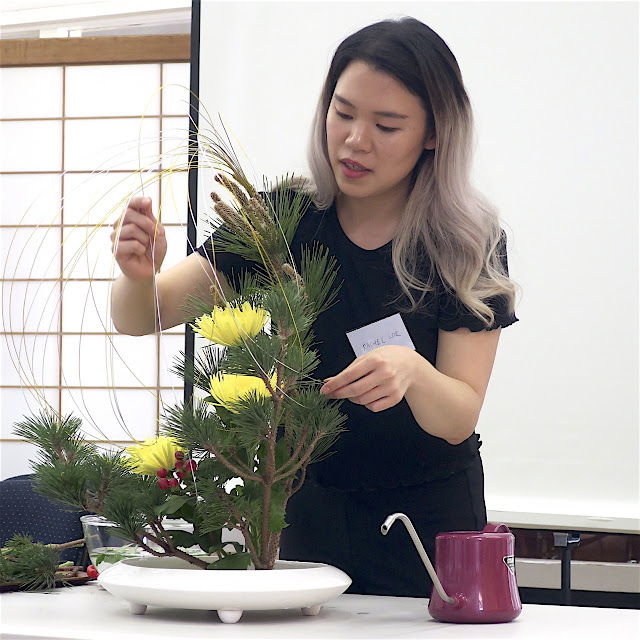 Our demonstrator was Rachael Lok from the Shogetsudo Koryu School.


Below are arrangements made at the meeting by other Chapter members. 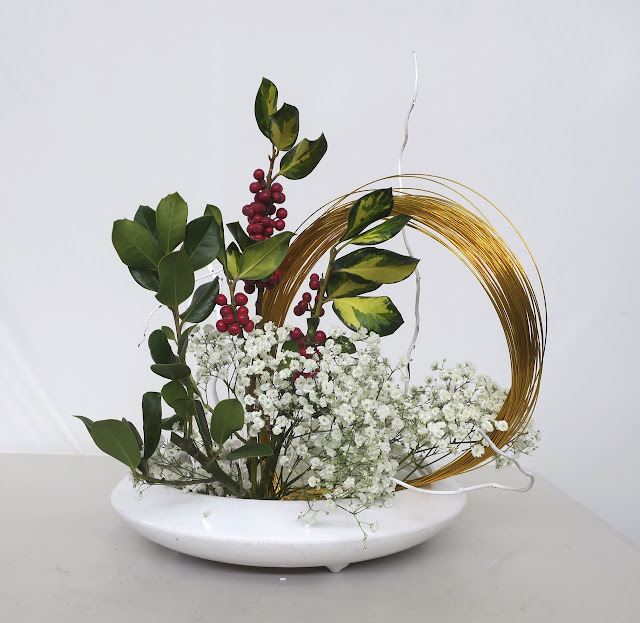 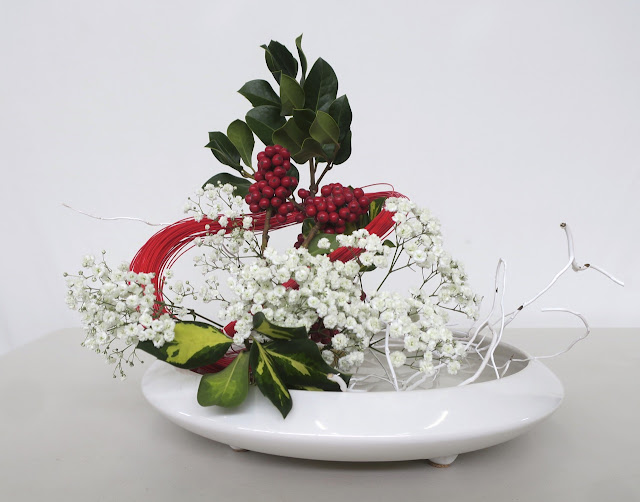 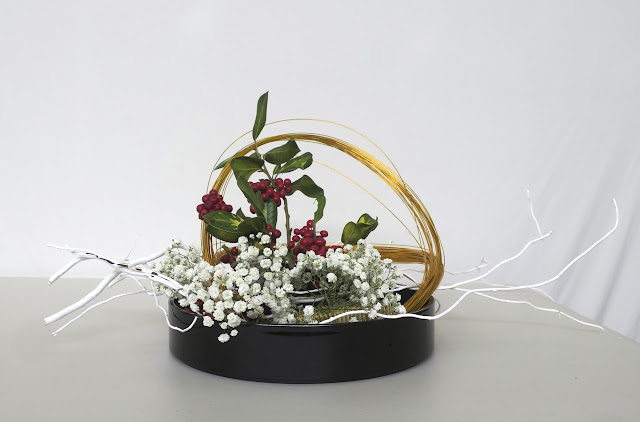 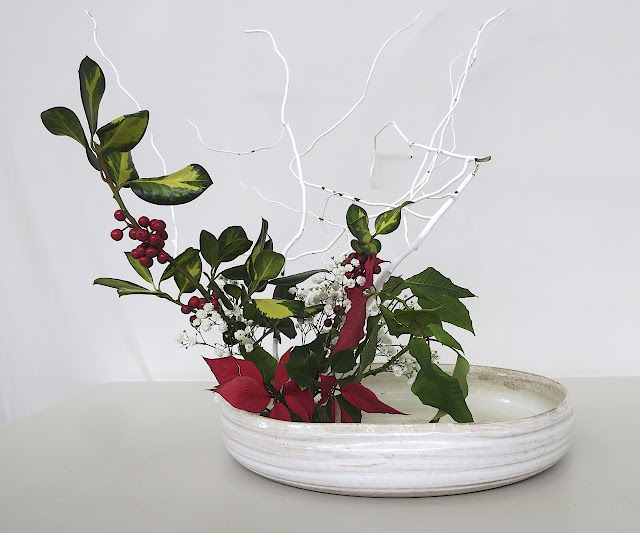 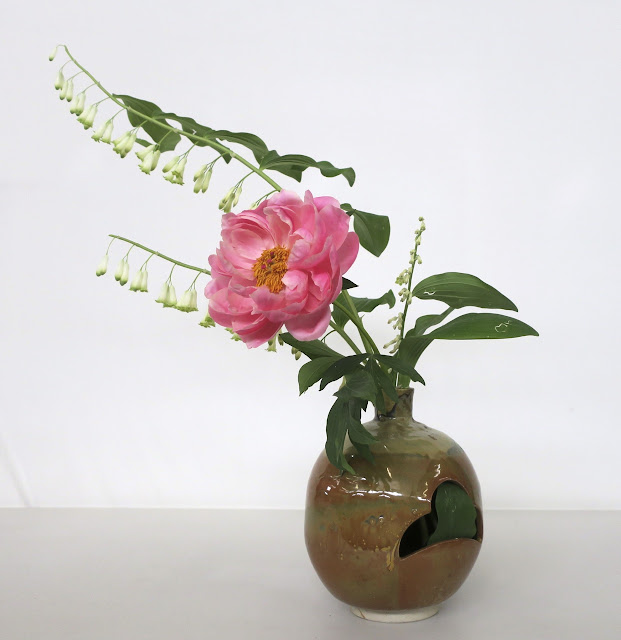 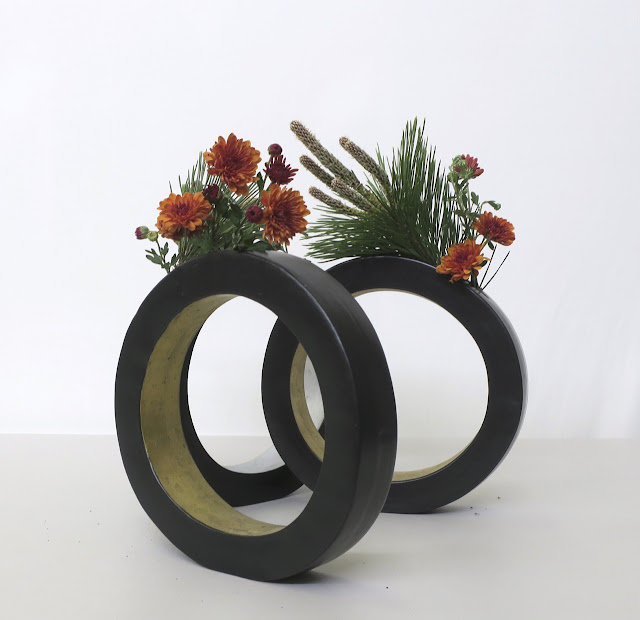 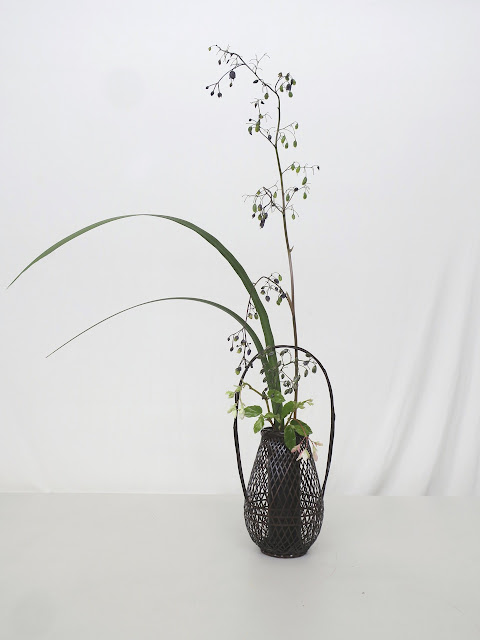 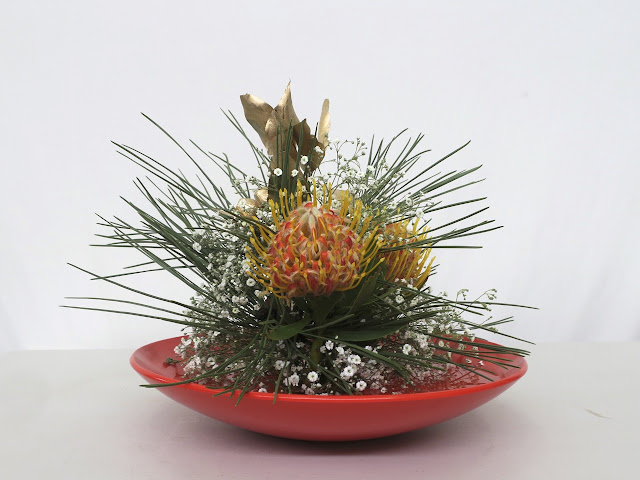 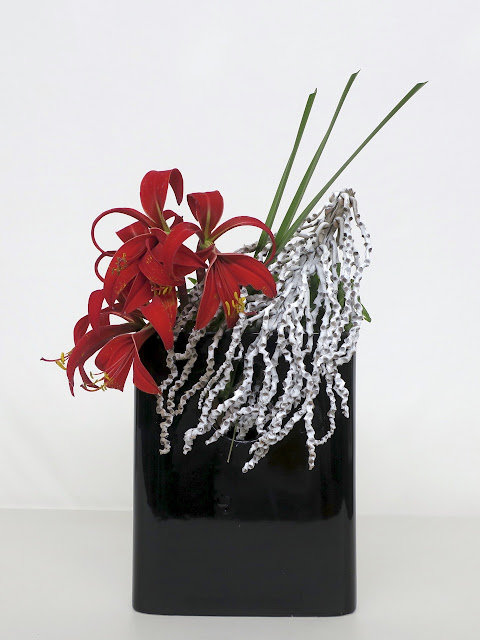 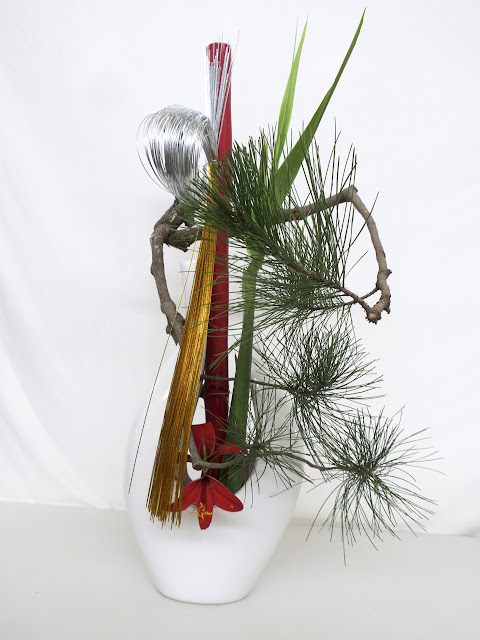 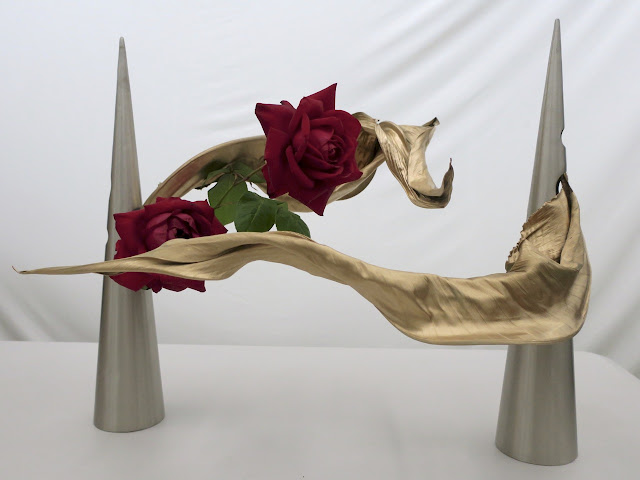 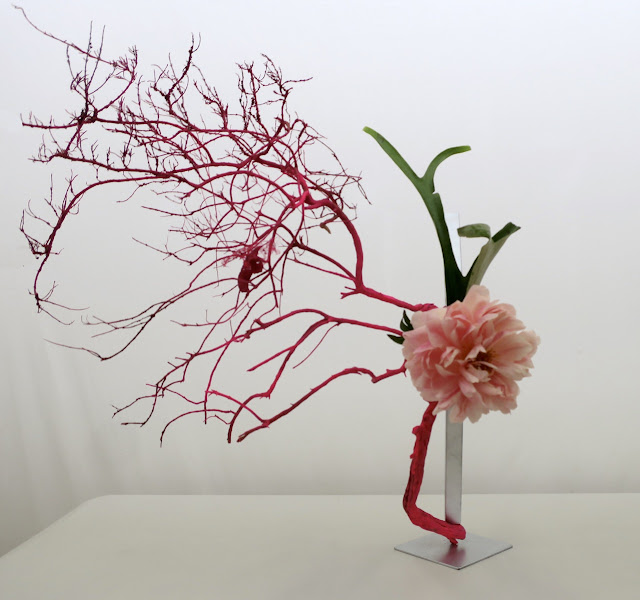 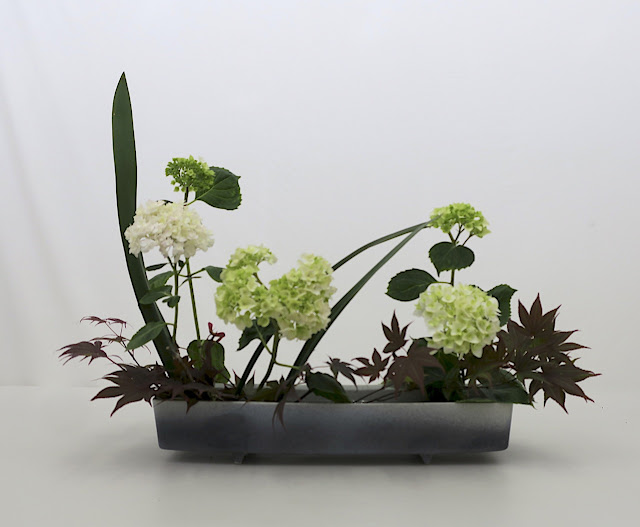 On the 14th October the 'Sakura Picnic Day' event was held outdoors at the Cherry Grove in Banksia Park in the suburb of Bulleen. Click on the link to learn about the interesting history of the Cherry Grove. (https://pickmyproject.vic.gov.au/rounds/pick-my-project/ideas/banksia-park-cherry-grove) 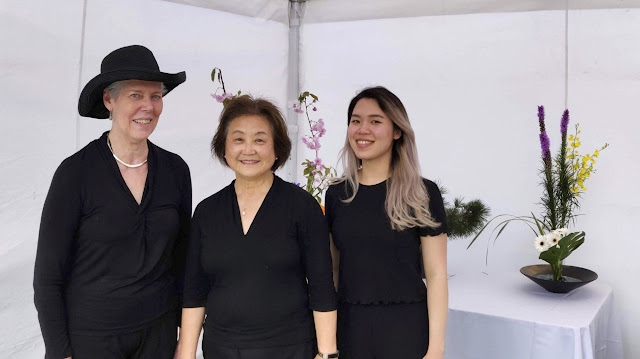 At the October meeting a demonstration of ikebana using mizuhiki was given. The photo of Toula Karanikolopoulos' ikebana was blurred and could not be published. Below is a photo of her arrangement provided by Toula. 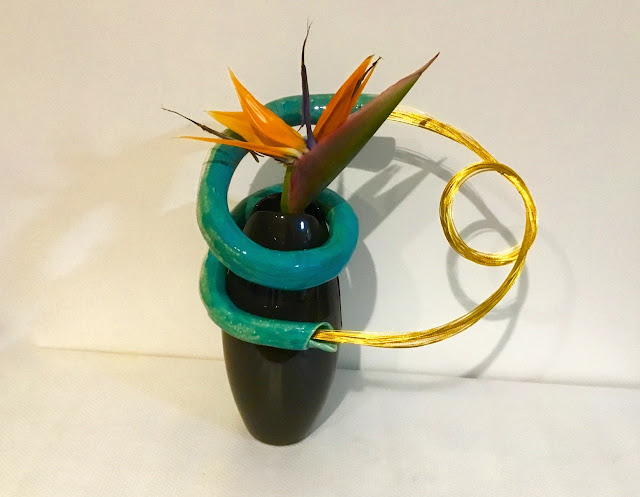 Posted by ikebana International Melbourne at 11:58 No comments: