The final meeting for 2017 of the Melbourne Chapter of Ikebana International was held on Tuesday 14th November. The guest speaker was Mr Masashi Sato of Ito En Australia, a company that produces green tea for export to Japan. Mr Sato gave a demonstration of making both hot and cold green tea which is quite different to the preparation of matcha, which is used in traditional Tea Ceremony.

The ikebana theme for the meeting was: Ikebana celebrating in an Australian style. 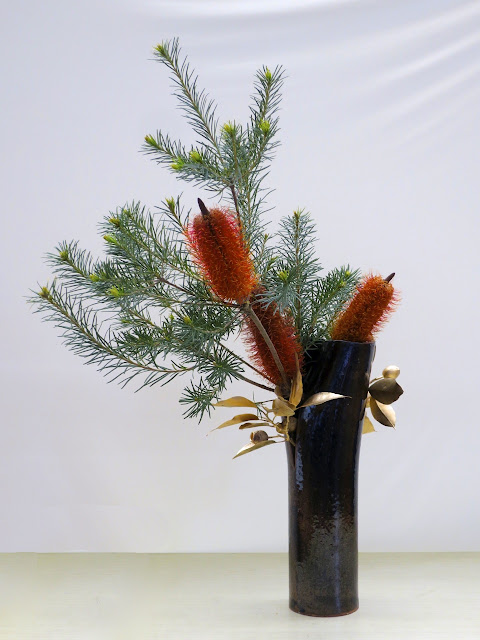 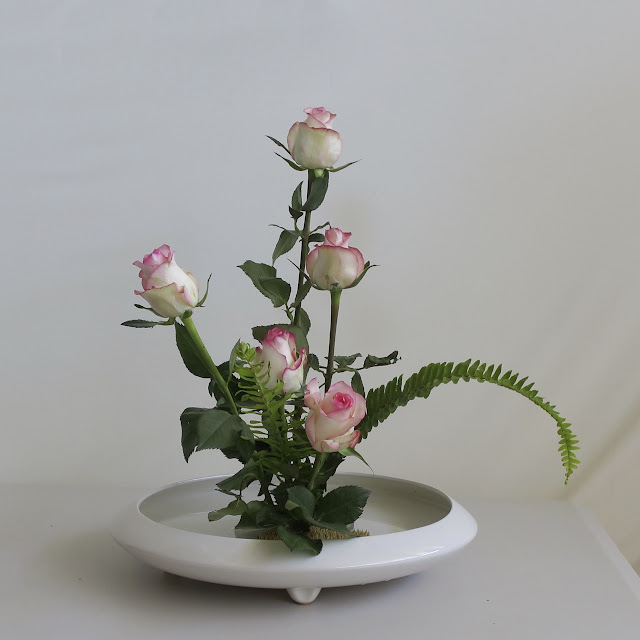 This first arrangement was made by a visitor Rosemary Seacombe. Below are arrangements made by members on the day. 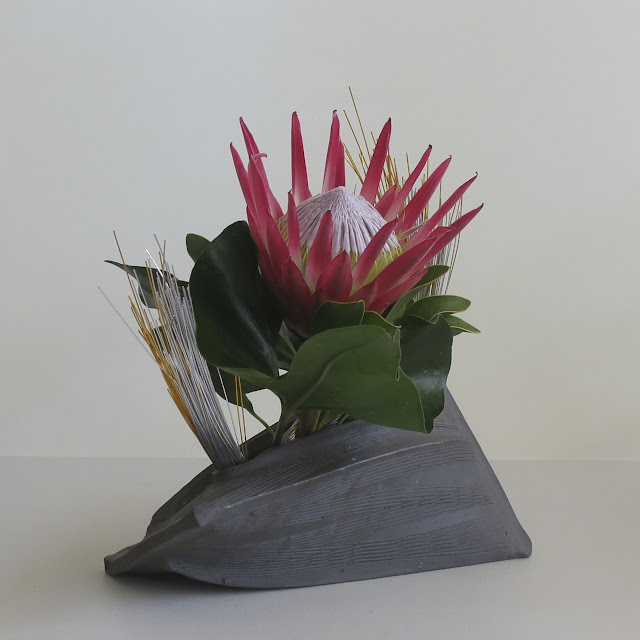 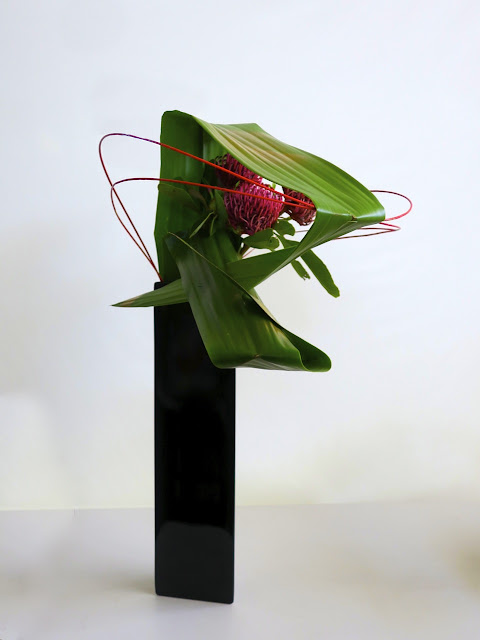 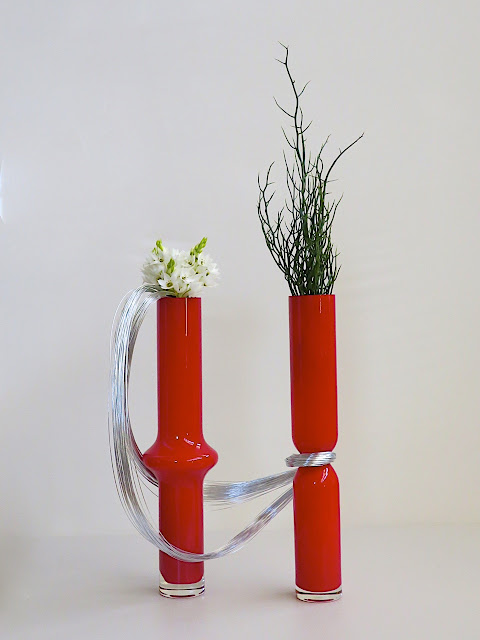 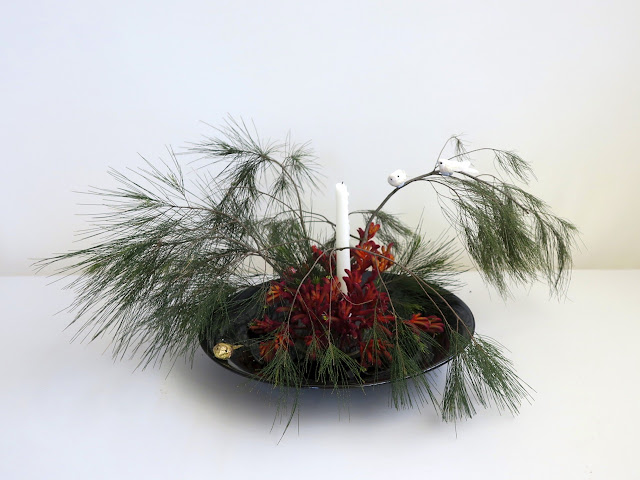 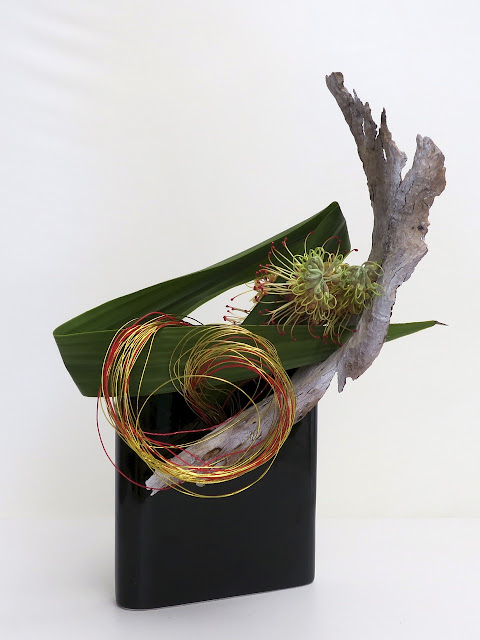 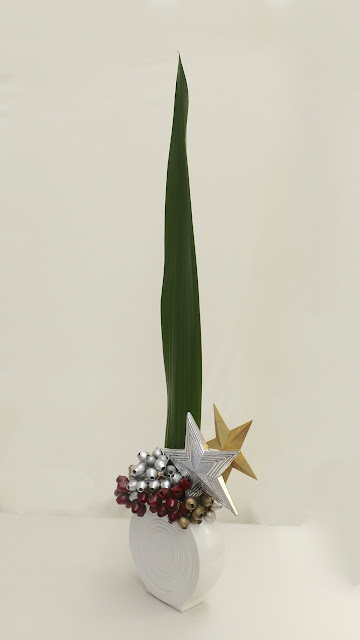 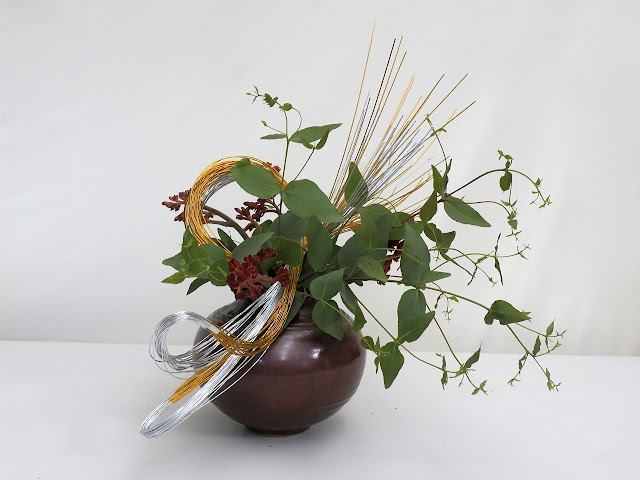 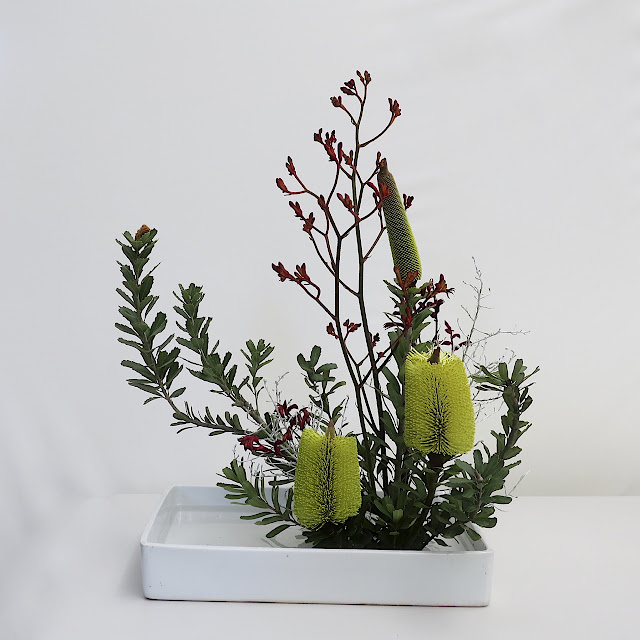 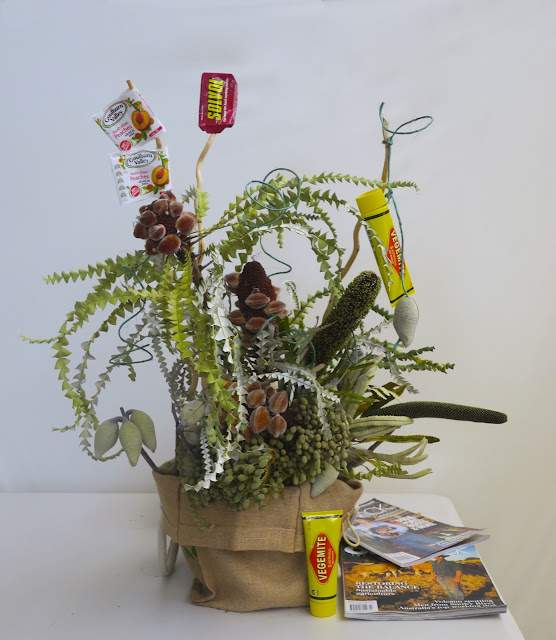 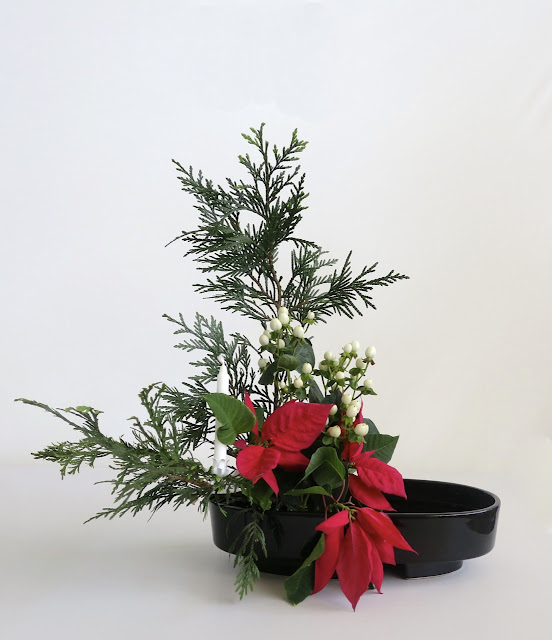 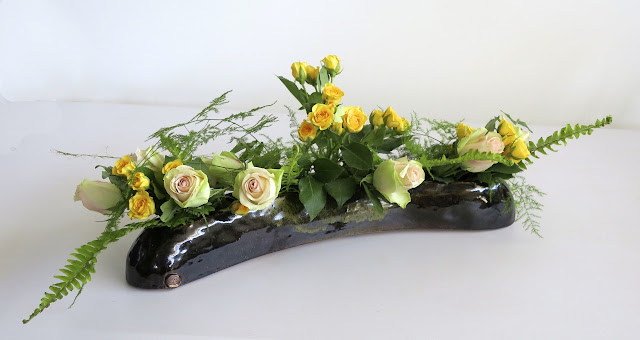 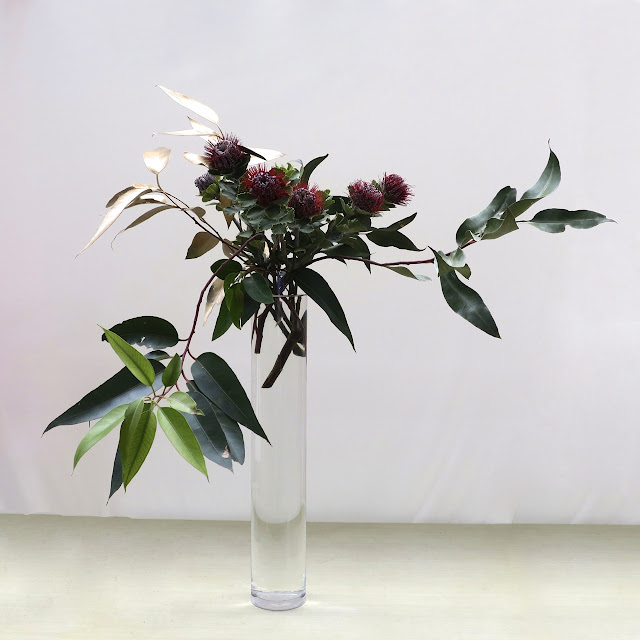 Posted by ikebana International Melbourne at 17:28 No comments: