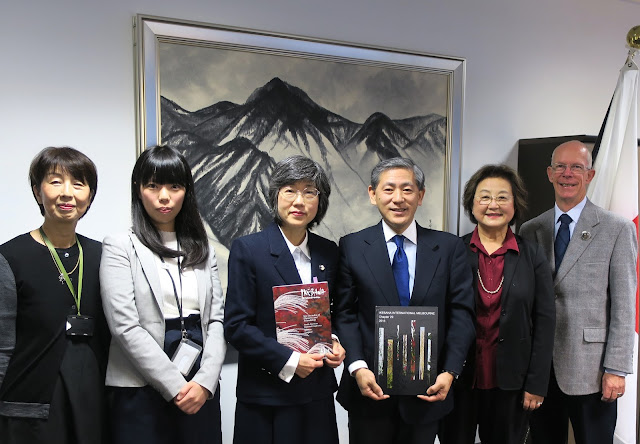 The Chapter meeting on 15th July took the form of a Saturday afternoon workshop lead by Christopher James and was attended by 30 members and visitors. It being winter the workshop theme of 'Bare Branches' was appropriate for the season. 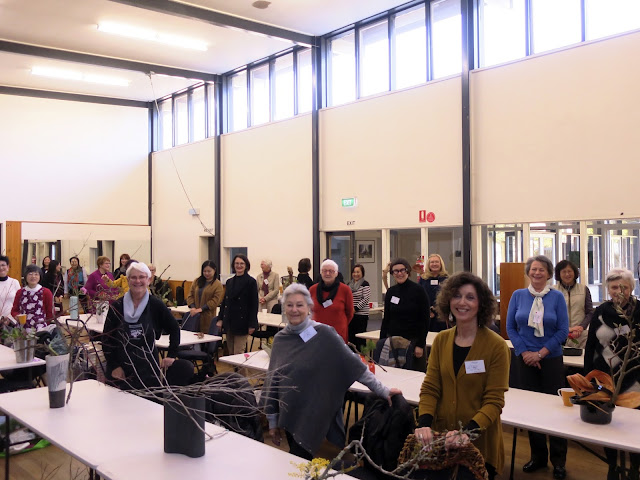 Christopher had prepared two examples on the theme and demonstrated a third. 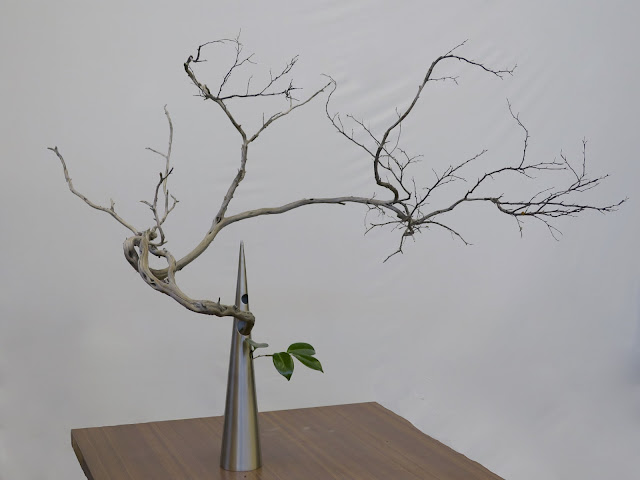 This example was focusing on the shape of the branch as formed by the wind. A small group of green leaves gives the work a feeling of new life. 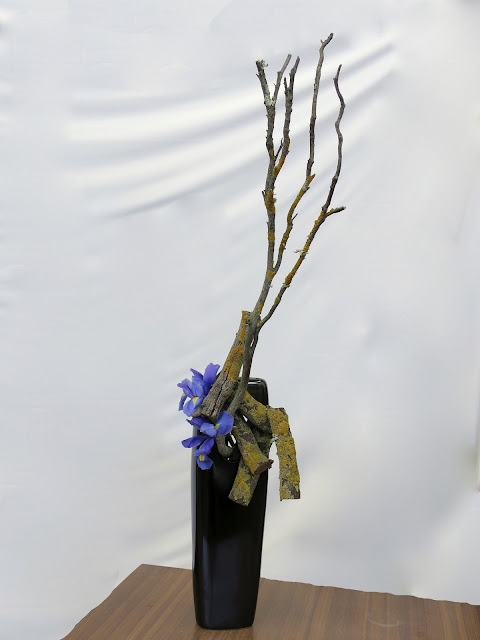 The second example focuses on the surface texture of the bare branch which is covered in yellow lichen. 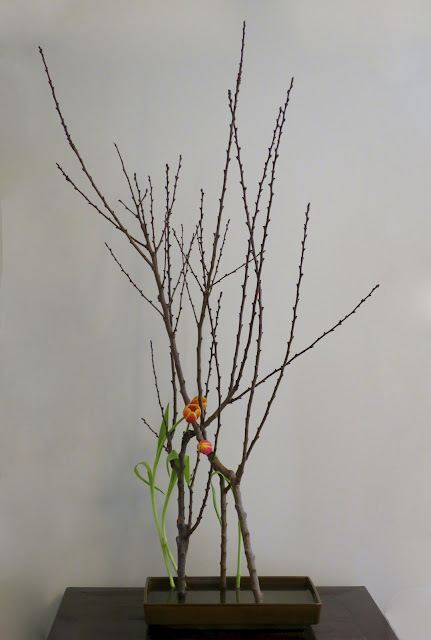 The third example was a partially prepared 'no kenzan' arrangement of bare apricot branches in a suiban to which were added three tulips as a focus of colour.


Below are some examples of work by members and visitors at the workshop. 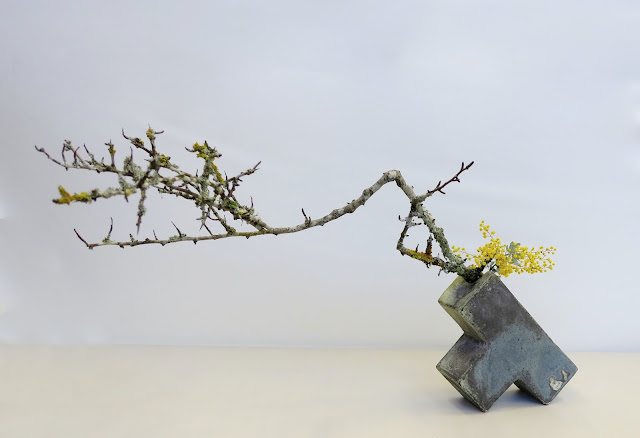 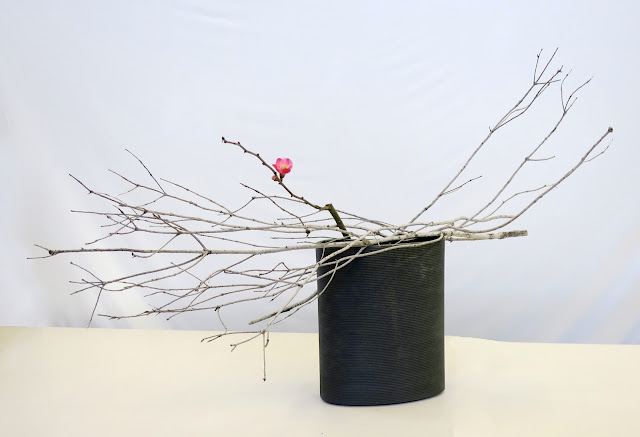 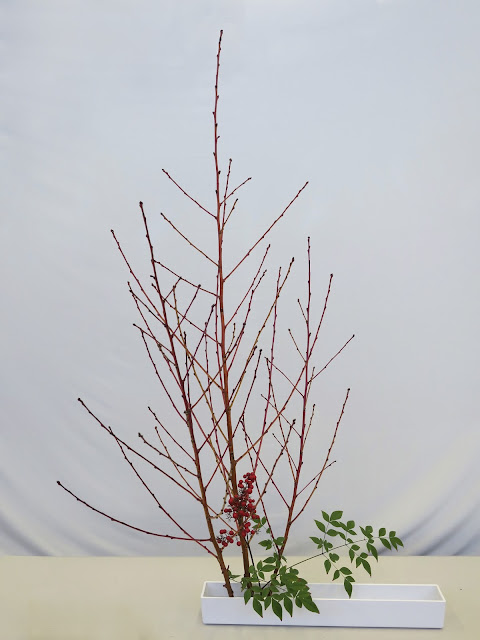 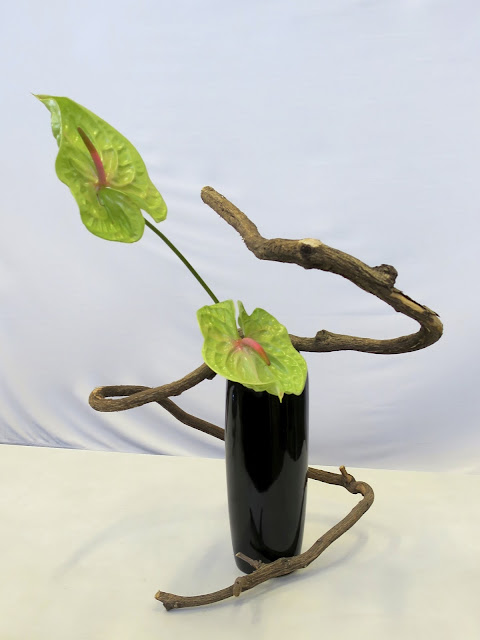 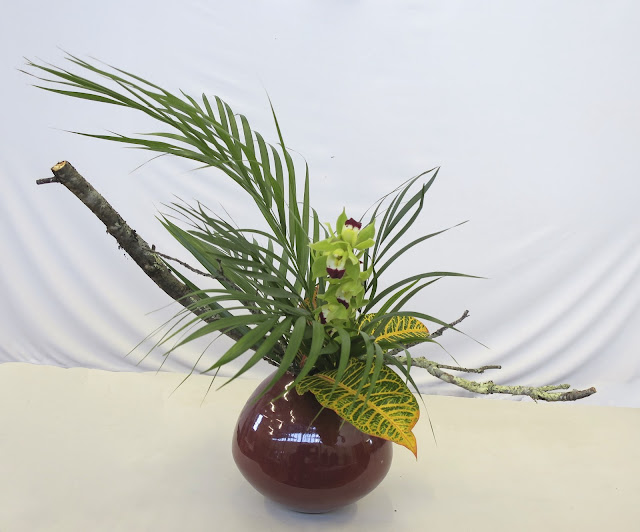 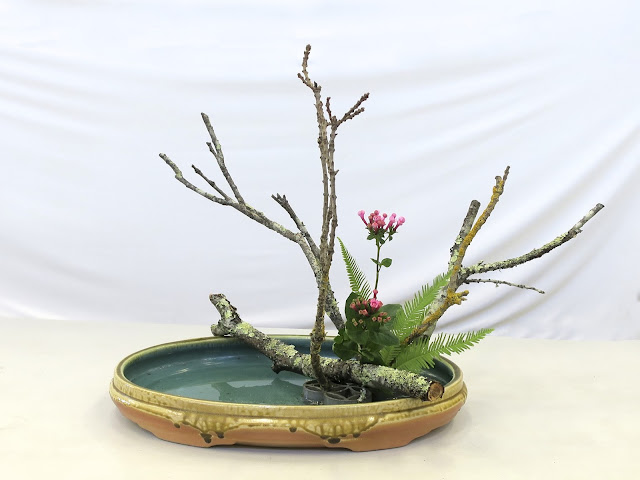 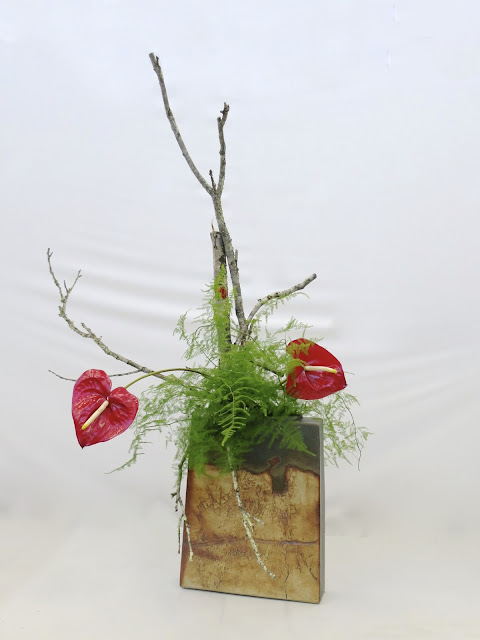 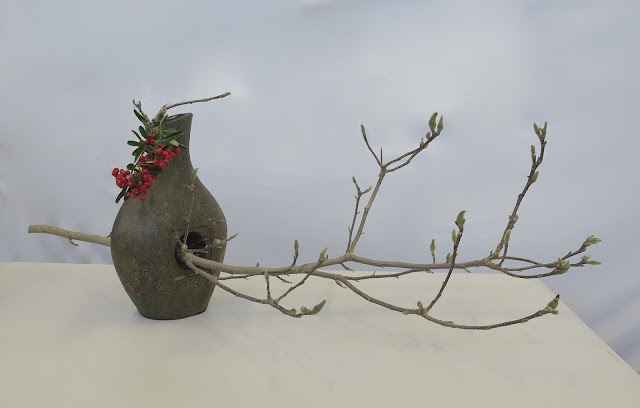 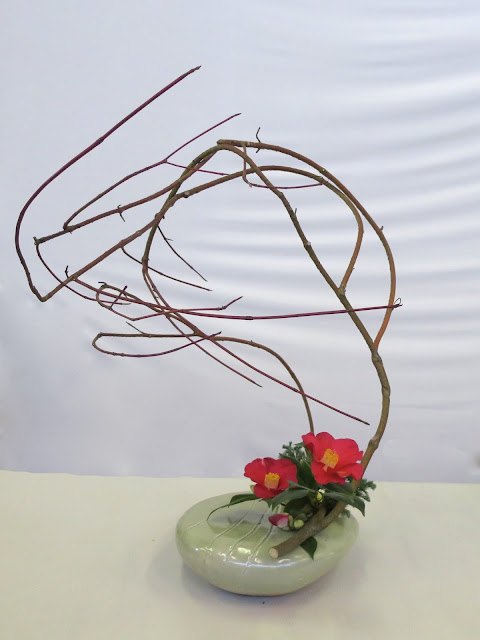 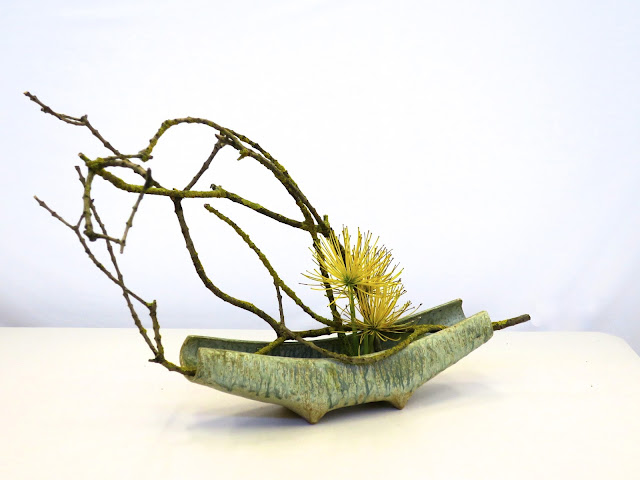 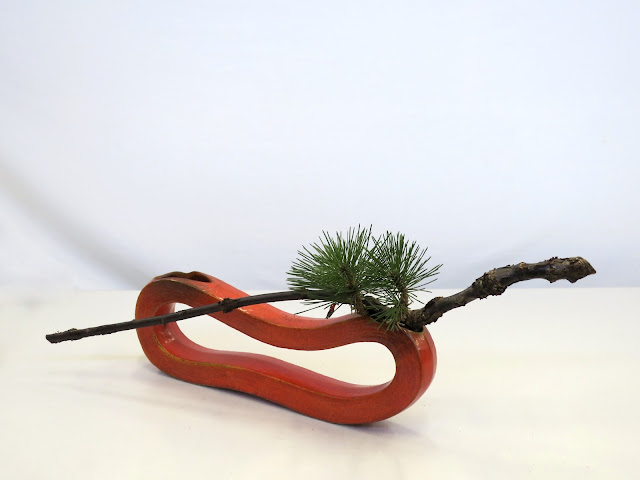 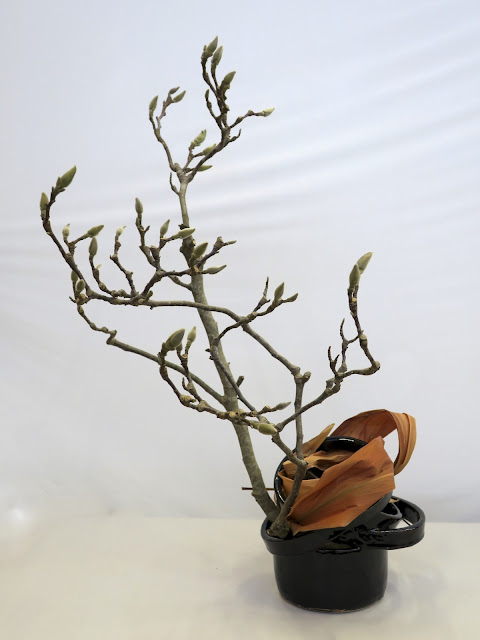 Members were pleased to meet Mrs Matsunaga who, with her husband the Consul-General, are patrons of the Melbourne Chapter of Ikebana International. 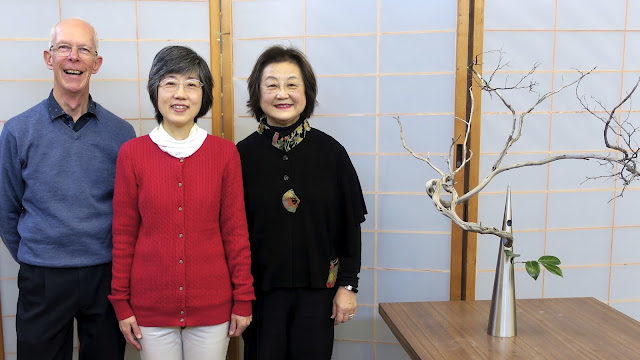 Posted by ikebana International Melbourne at 13:11 No comments: