At the meeting on 11th April the theme was 'Autumn in a basket'. A demonstration was given by Lara Telford, which was followed by a workshop. Lara presented several arrangements on this theme, including using fruiting branches. 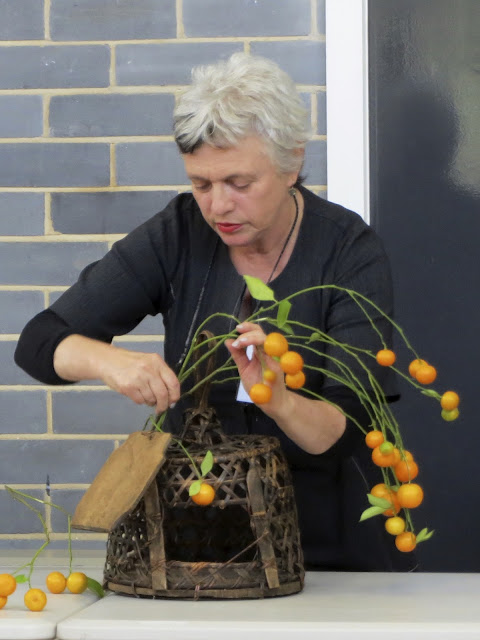 My apologies if the arrangements below are incorrectly identified, as I am creating this posting while in Japan. Christopher, Webmaster. 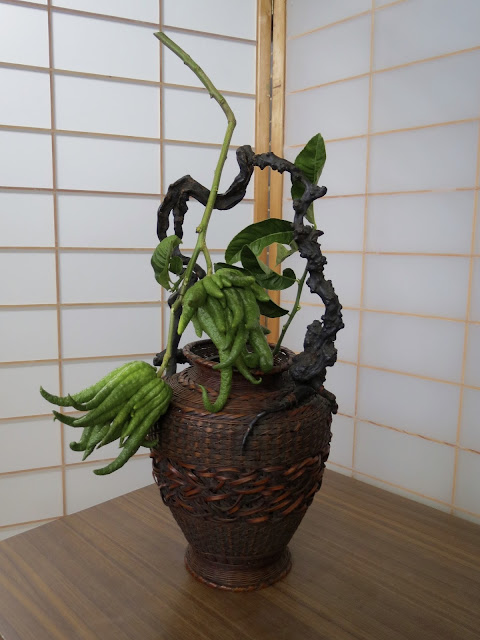 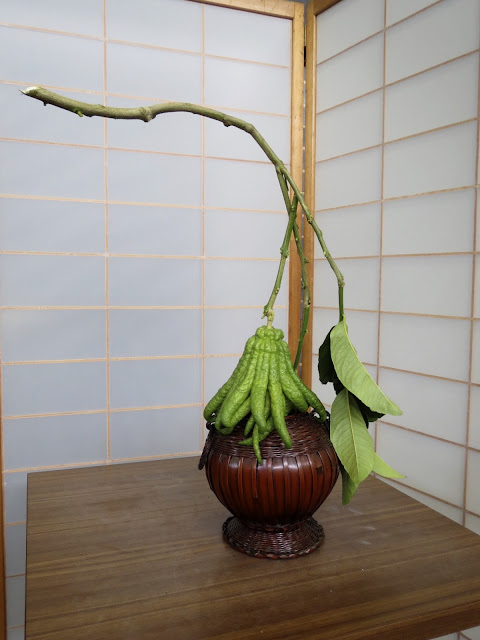 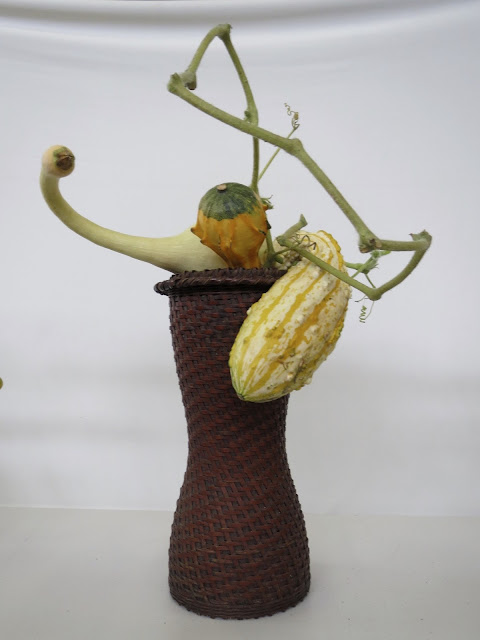 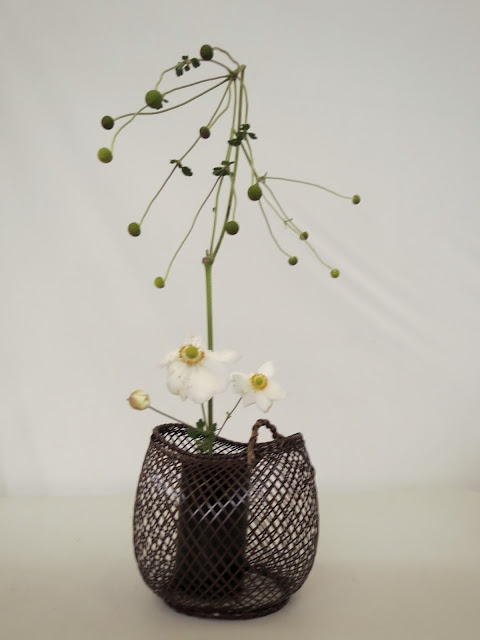 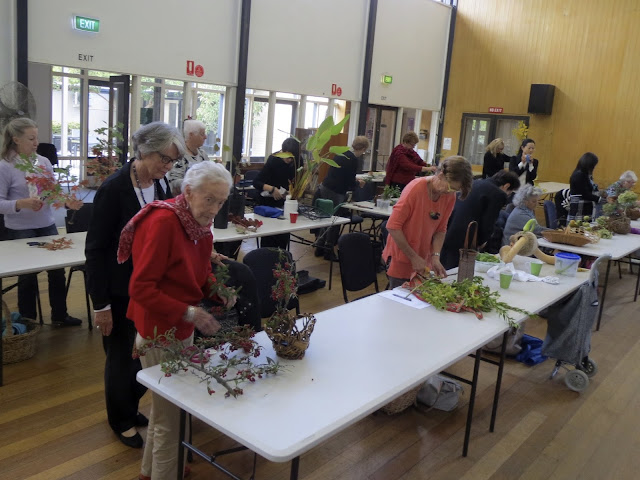 The members at work during the workshop. Below are photos of some of the members' completed arrangements. 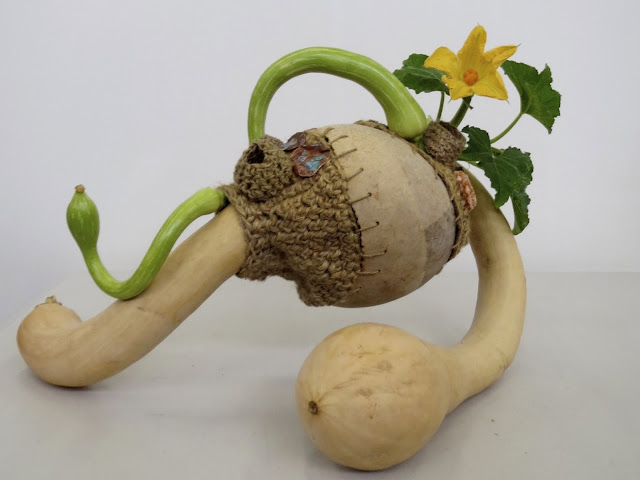 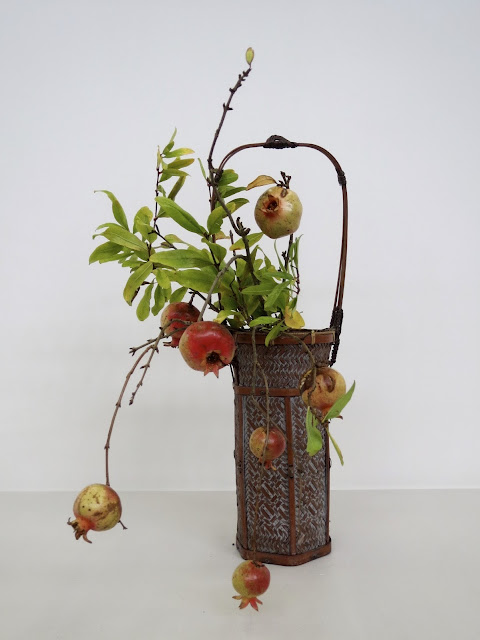 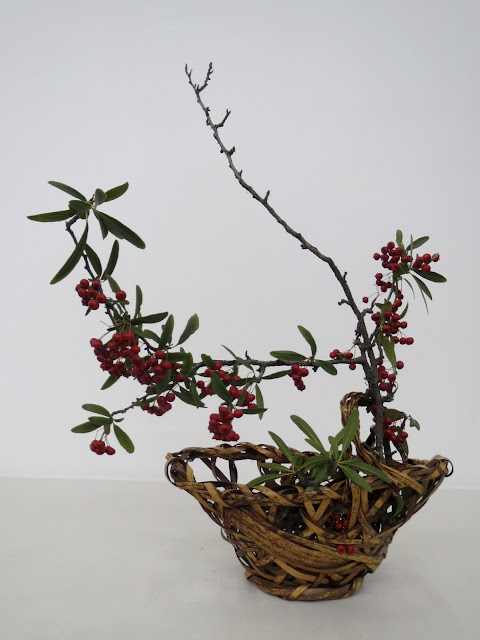 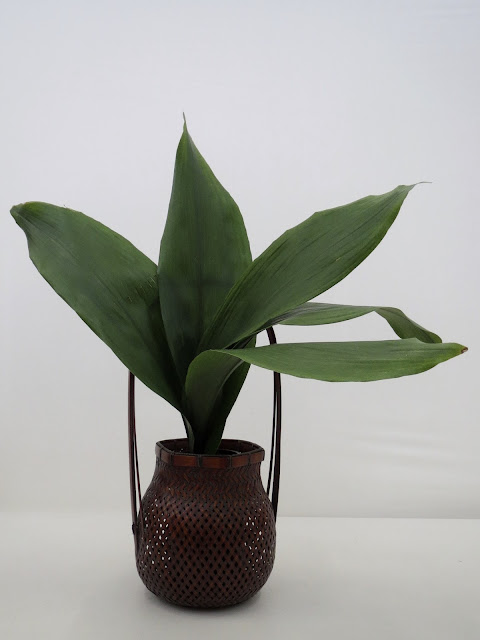 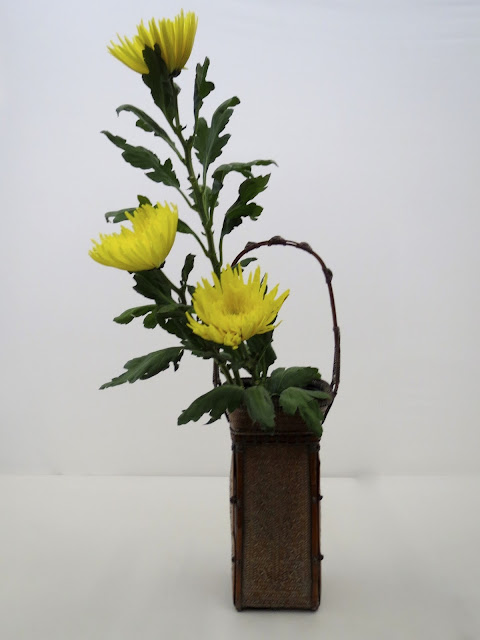 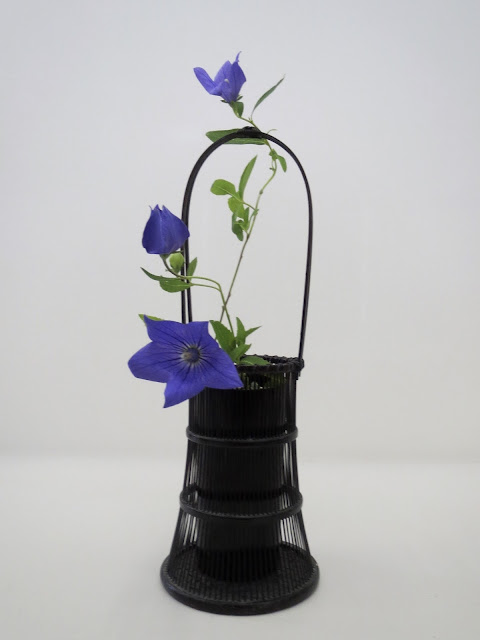 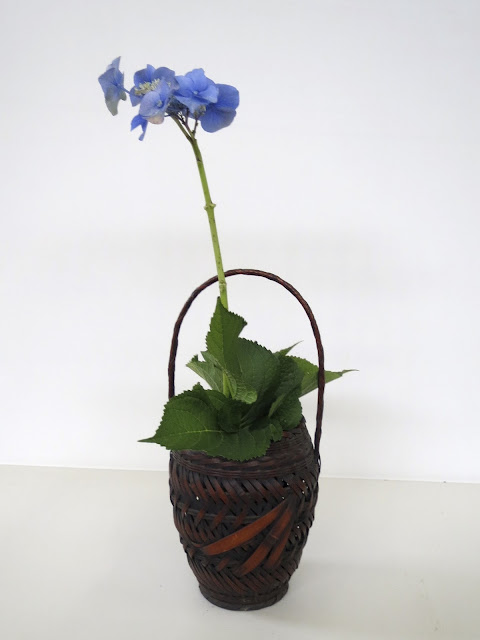 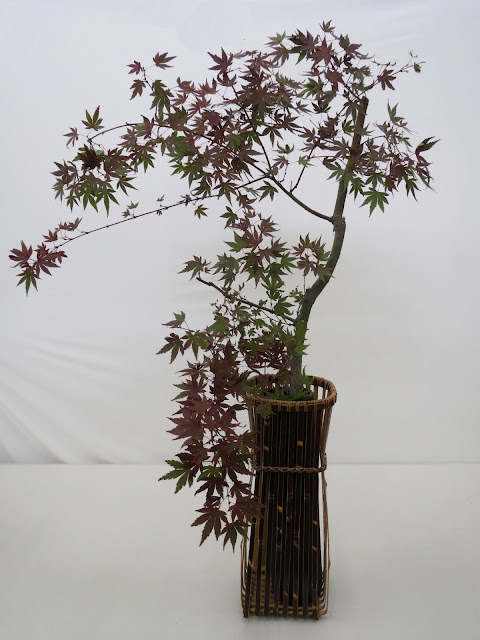 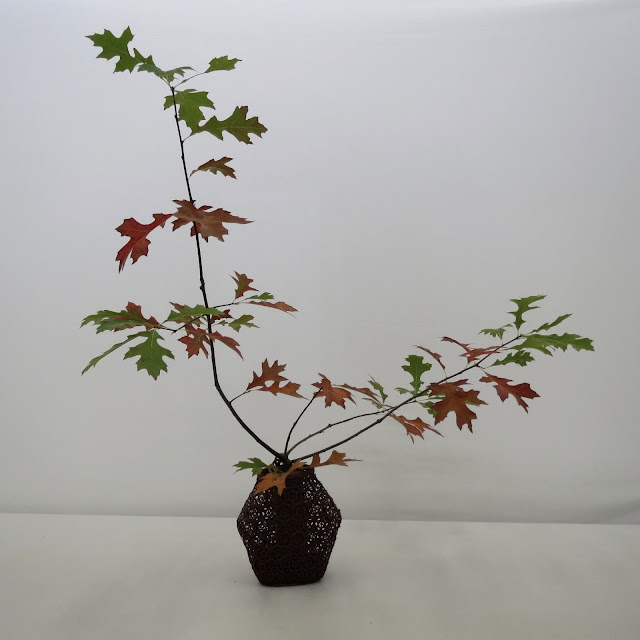 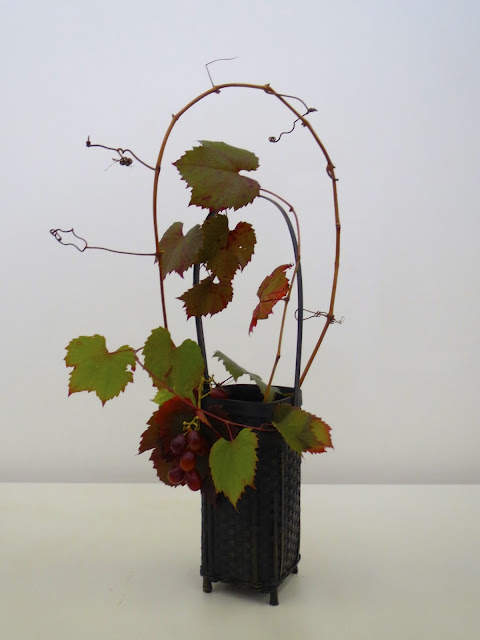 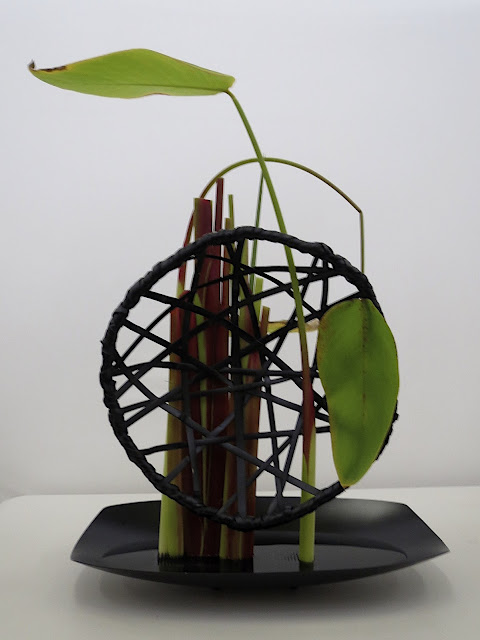 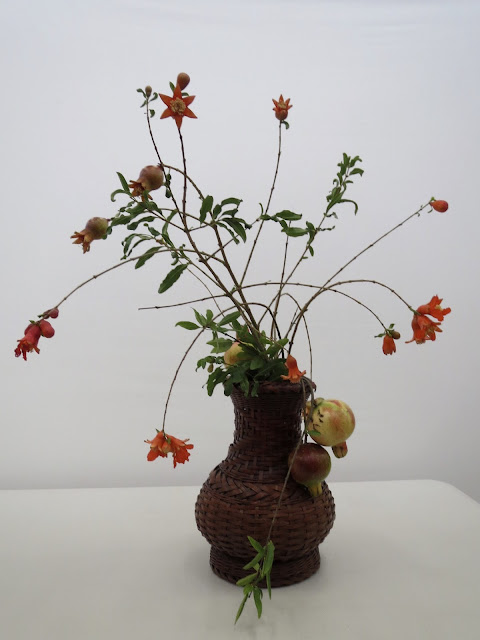 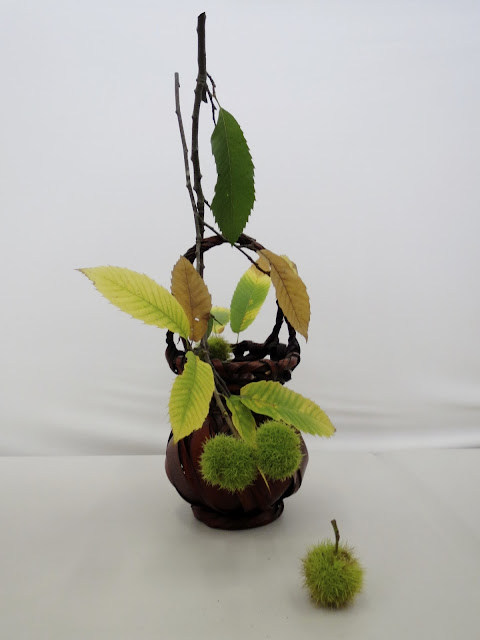 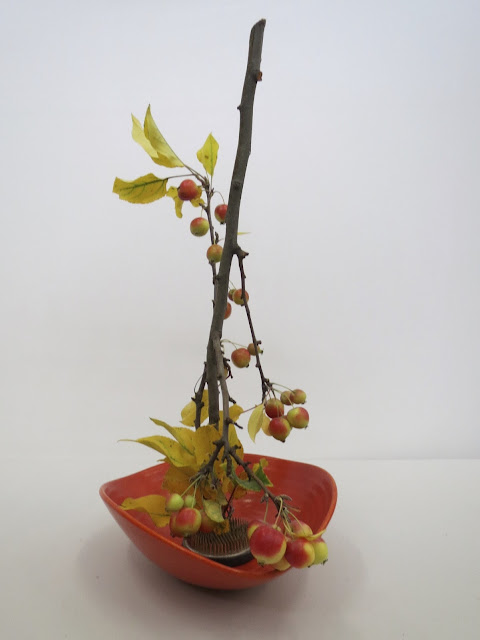 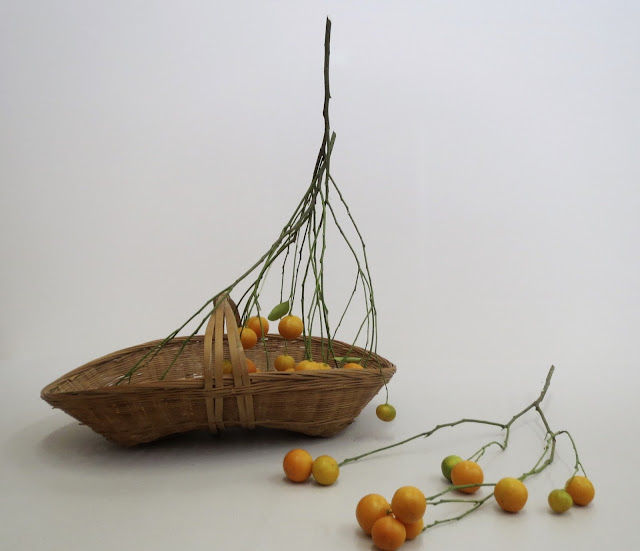 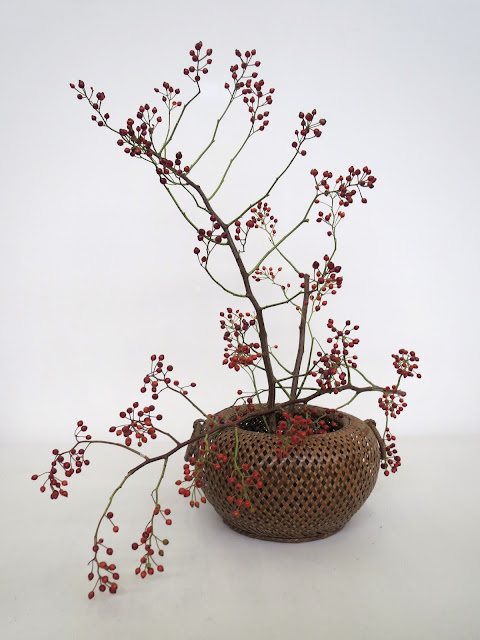 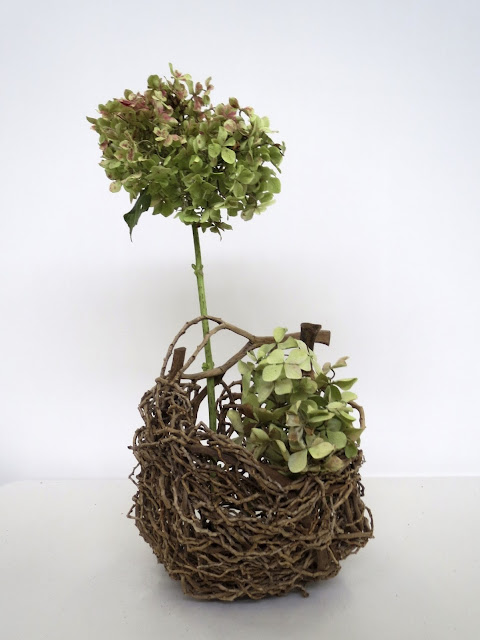 Posted by ikebana International Melbourne at 14:05