Two weeks ago I posted photos of the joint exhibit of Ikebana International that won a Bronze Medal at the Melbourne International Flower and Garden Show. On the last day of the event the five schools of Melbourne's I.I. Chapter presented an hour long demonstration in the Great Hall of the Royal Melbourne Exhibition Centre. We were honoured that event was attended by our patron, the Consul-General of Japan, Melbourne, Ms Haneda. 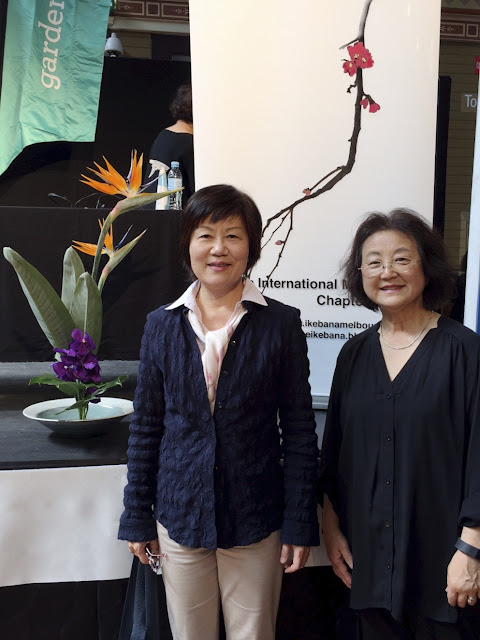 Above, the Consul-General of Japan and Chieko Yazaki, President of Ikebana International Melbourne. Following are photos of the demonstration in progress. Unfortunately photos of the individual arrangements were not able to be photographed against a backdrop to make them suitable of publishing. 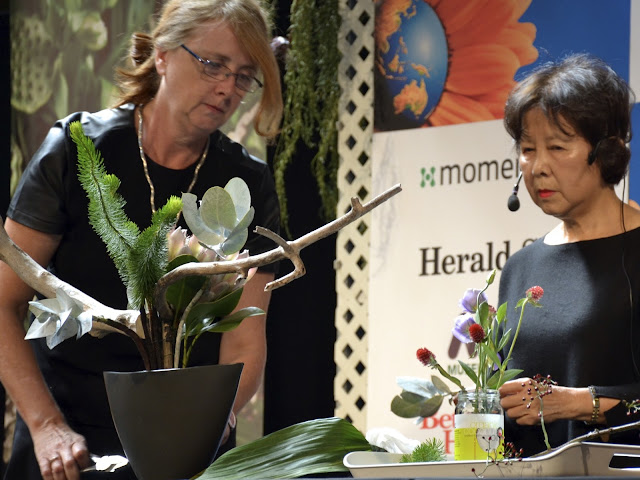 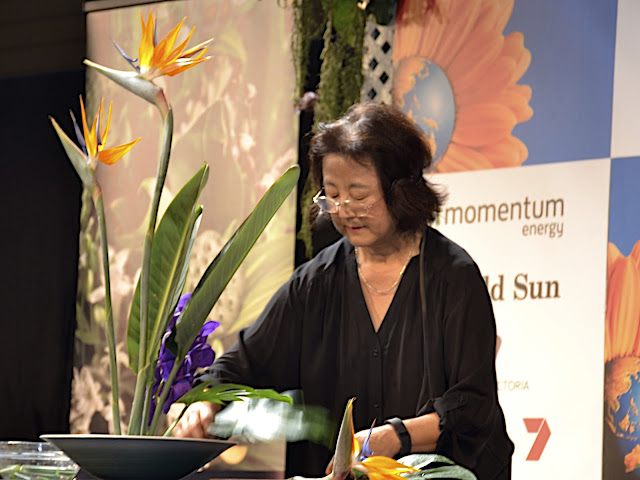 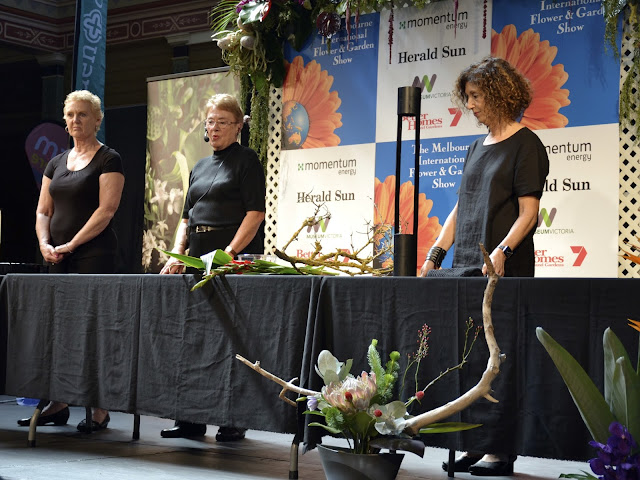 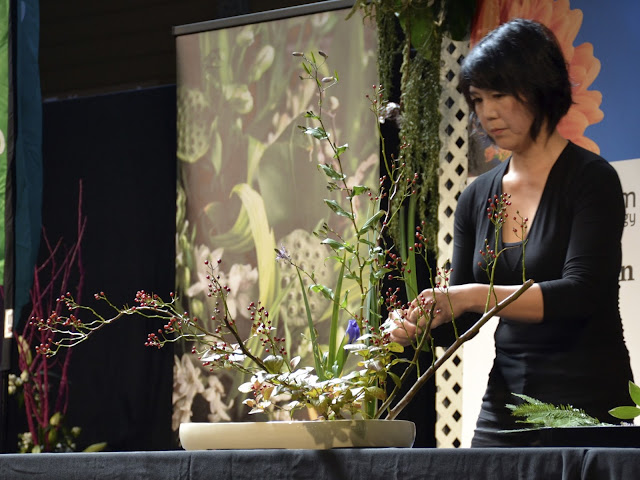 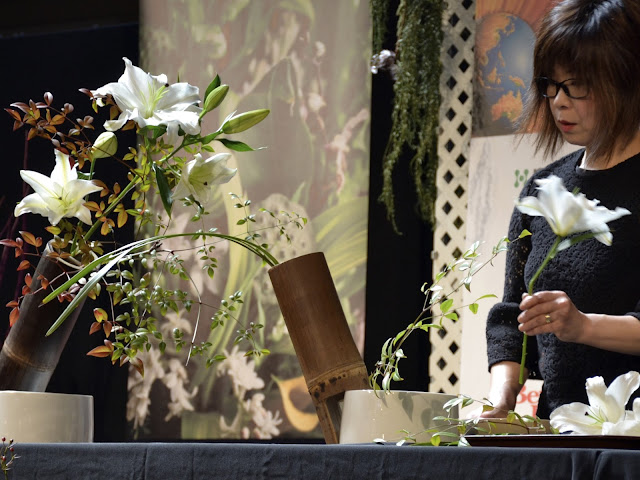 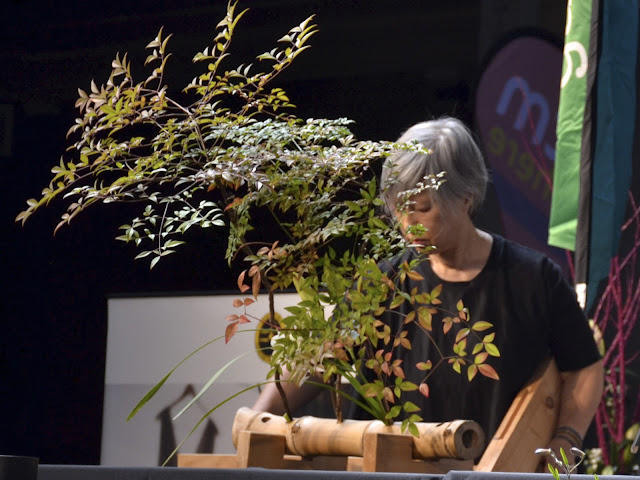 On the same weekend Christopher James gave a demonstration at an Open Garden event for the charity, Cottage by the Sea, that the Melbourne Chapter supports. 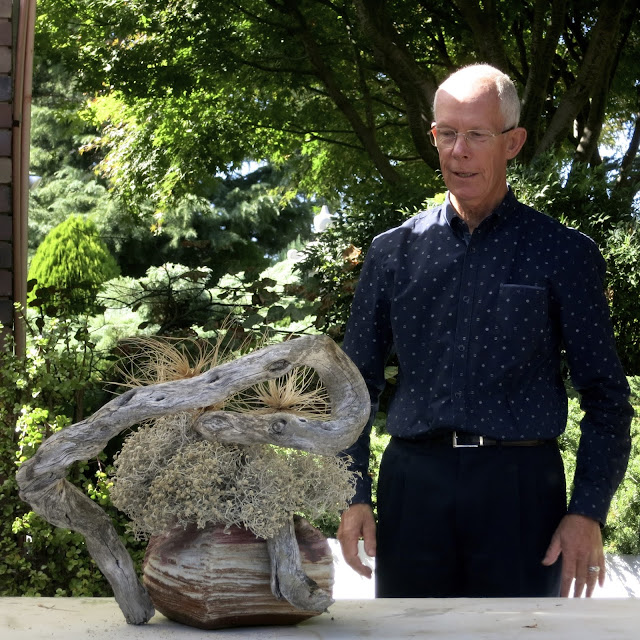