At the November meeting our guest speaker was Dr Hironobu Kitaoji, Director of Japan Seminar House.

He spoke about various aspects of the haiku poetry form and its evolution from the 12th to the 19th century. This included the observation that as art forms both haiku and ikebana were indicating something beyond what was immediately present in the work itself. He also pointed out that the reader of haiku was able to discover something new, by the poet shifting the point of view in the second part of the poem.

By illustration he proposed such subtle interpretations as the idea that a storm wind was chasing flying blossoms rather than causing the blossoms to scatter.

In addition Dr Kitaoji spoke warmly about the late Norman Sparnon. He said that in the aftermath of WWII Norman's eyes were opened with wonder when the people of Tokyo came in huge numbers to look at the beauty of an ikebana exhibition even though they were surrounded by the devastation of the city. 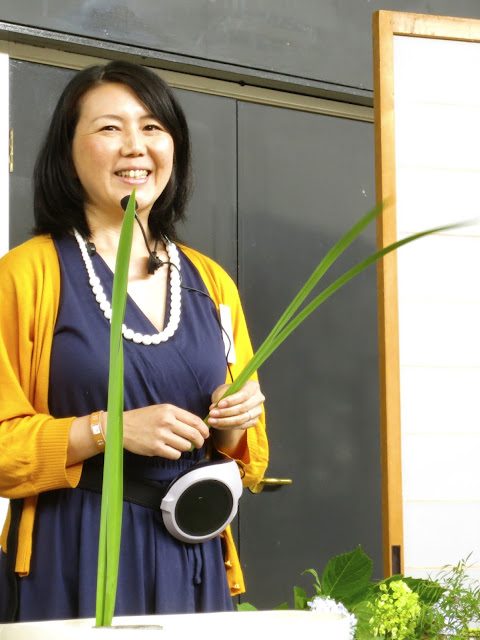 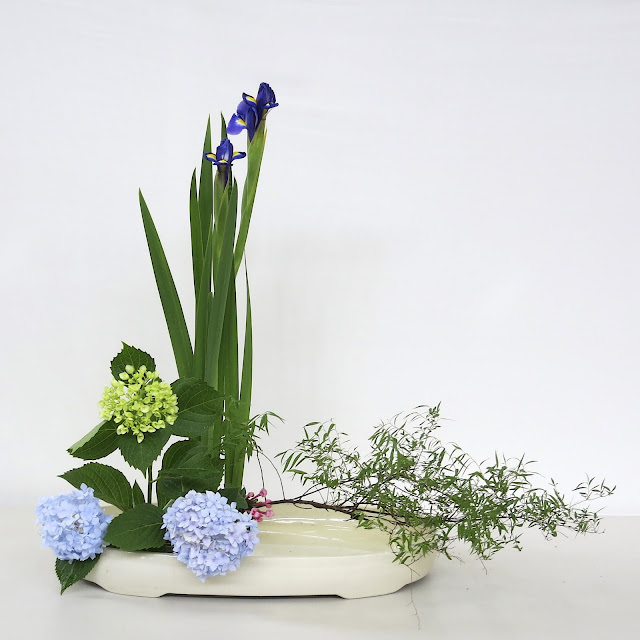 Below are some ikebana made by members at the meeting. 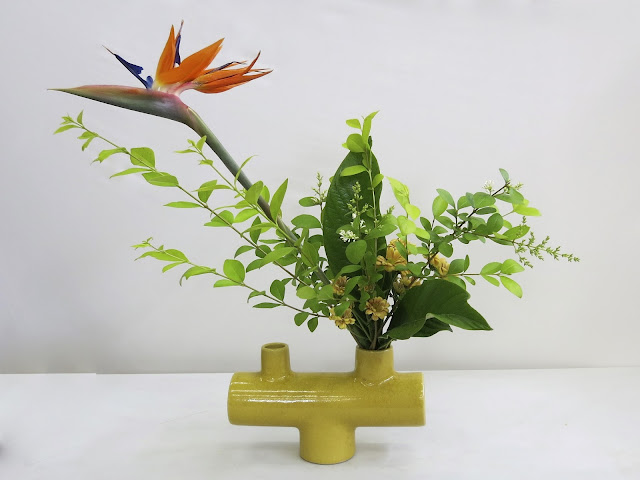 Oh what a glorious sunlight, shining over the young green leaves in the Nikko mountain.
Matsuo Basho 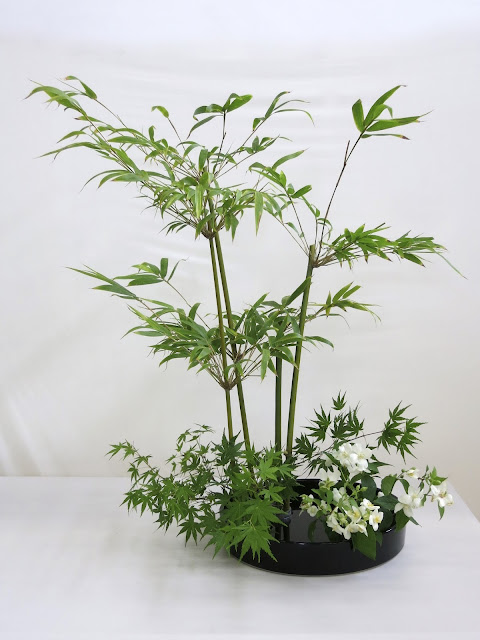 Sitting on open veranda
facing new bamboos
how much I miss my late mother.
Hakyou  Ishida 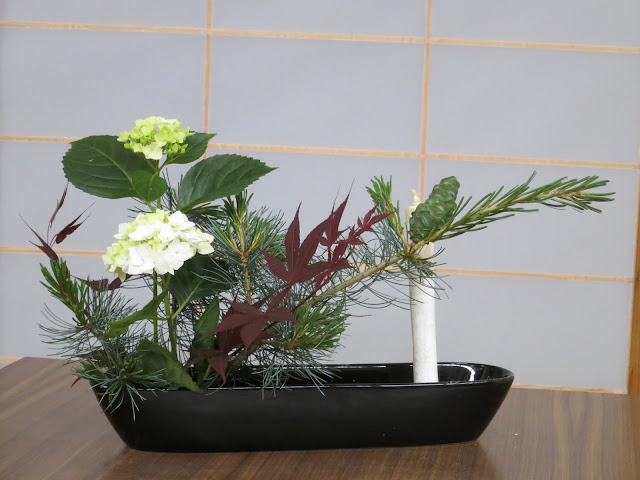 Lighting one candle
With another candle
Spring evening
Yosa Buson

Additional photos of ikebana created at the meeting.


I would also like to draw your attention to the launch of I.I. Melbourne Chapter's new website. The address is: www.ikebanainternationalmelbourne.com


Please check it out and save the address to your 'favourites'