Posted by ikebana International Melbourne at 21:00 No comments:

On 9th August, the Hiroshima Peace Day service was conducted at St Paul's Cathedral in Melbourne. Ikebana International was asked to take part at the 70th Anniversary event. Elizabeth Angell and Chieko Yazaki created ikebana works in the church. Their arrangements were much admired and on display for a week. 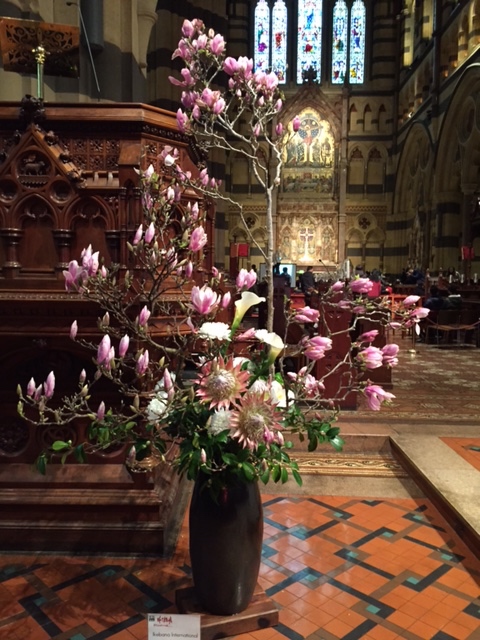 A  2.4 metre magnolia tree branch, with King protea, Calla lily, Chrysanthemum and Camelia foliage were used for this arrangement by Chieko, assisted by Pascal and Minghua. 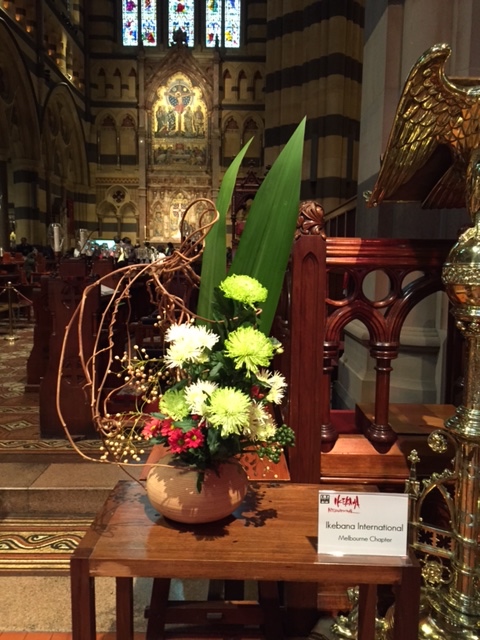 Chrysanthemum, Gymea lily leaf, vine and berries were used in this work by Elizabeth. 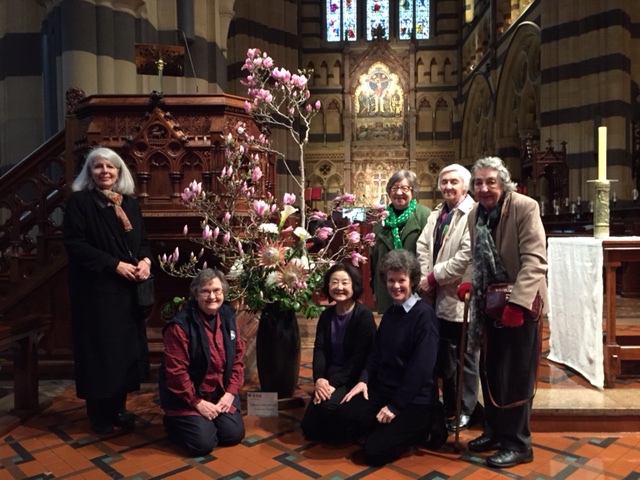 The ladies of the flower guild of St Paul's looked on during the process.


Posted by ikebana International Melbourne at 17:21 No comments:

The annual general meeting of Ikebana International Melbourne Chapter was held on Tuesday 11th August. Welcoming flowers were arranged by: 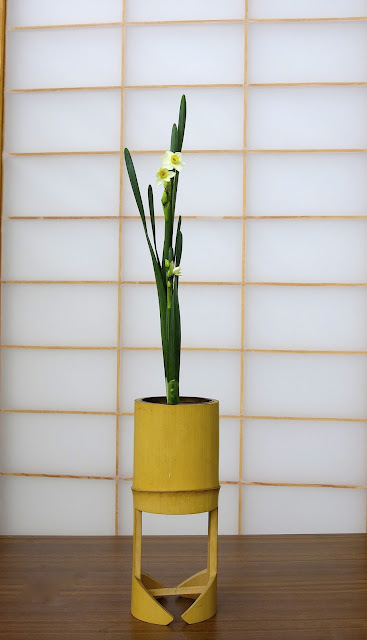 Yukako Braun who created this Narcissus Seika in a bamboo vase... 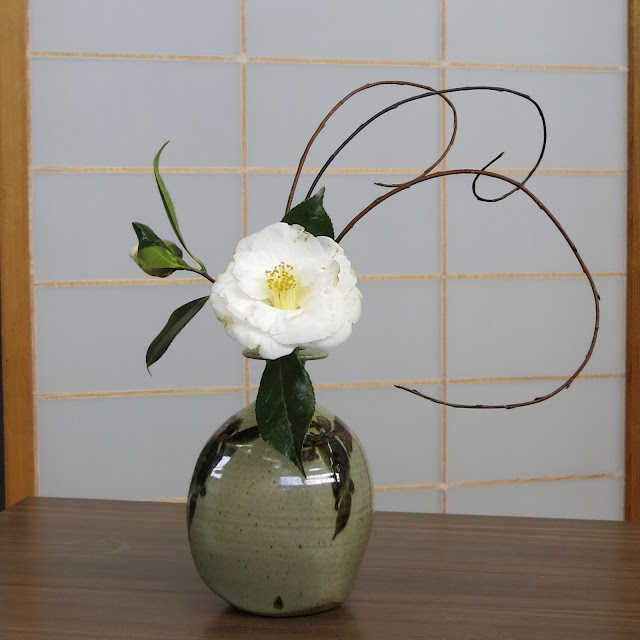 ...and Marjorie Campkin-Smith who arranged a freestyle with a white camellia and curving stems. 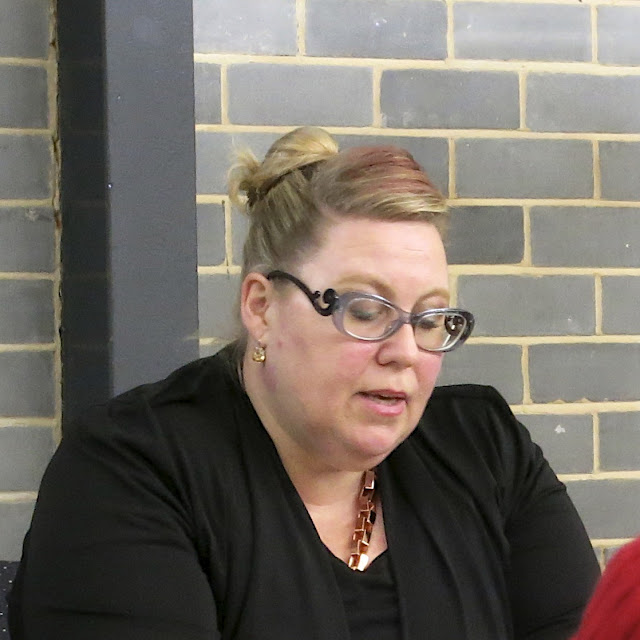 The guest speaker was Dr Claire Maree from the Asia Institute at Melbourne University, who spoke about the work of the centre including her research interest in the contemporary use of text and graphics on television in Japan and Australia. She also spoke about the historical engagement by Australia with Asia.

Following the guest speaker demonstrations were given by each of the heads of the five schools in the Chapter, or their delegates. Below are photos of the demonstrators and their completed work. 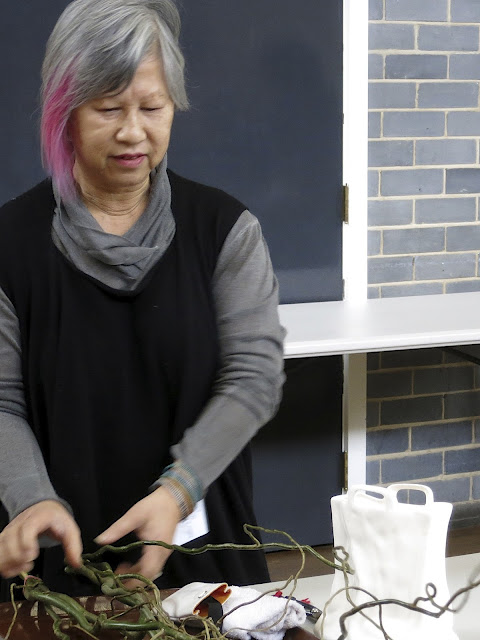 Kaye Wong from the Ichiyo School drew attention to her iemoto's emphasis on dynamic balance. 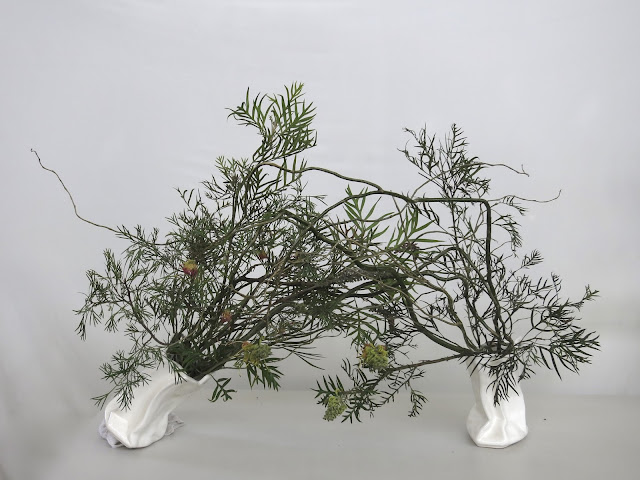 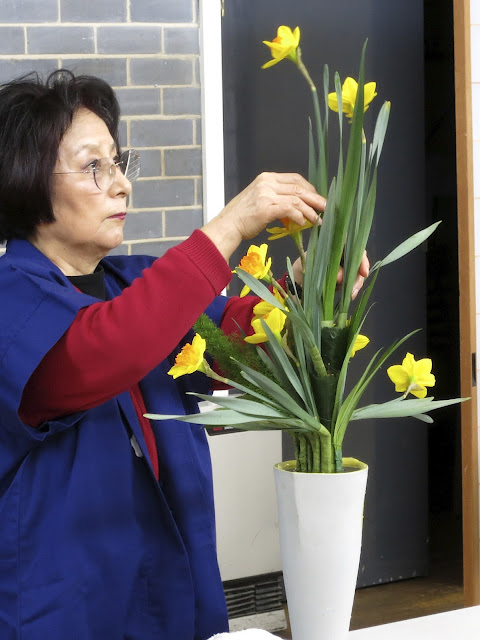 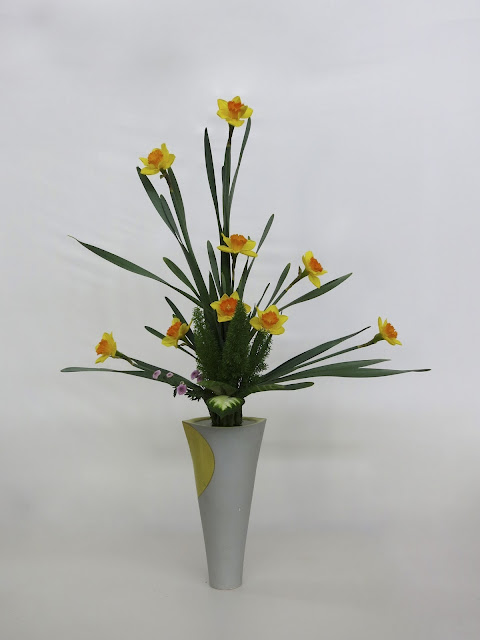 Aiko Nakada, Ohara School, created a modern freestlye arrangement in a suiban using two kenzans to emphasise the space in the work. 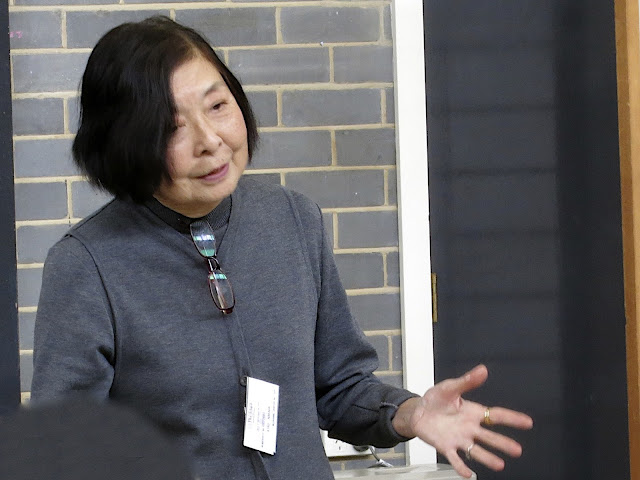 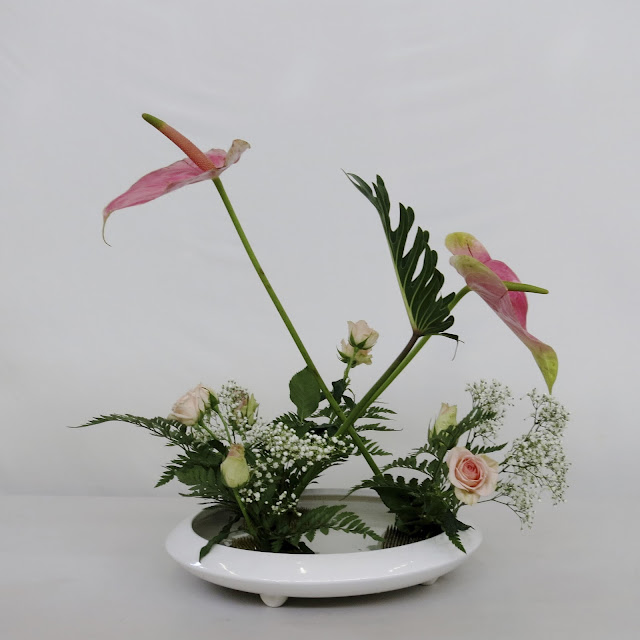 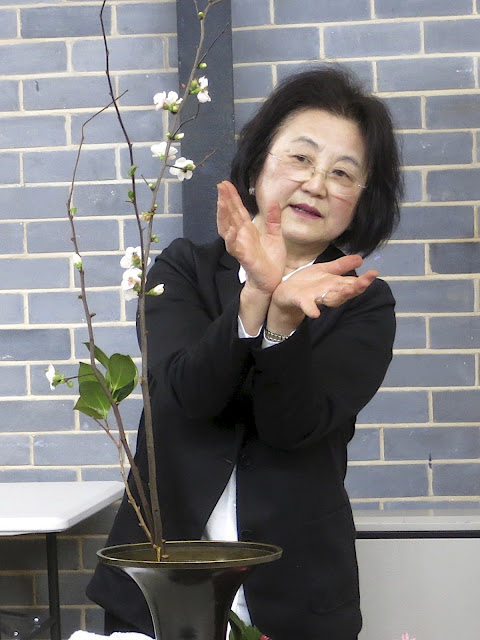 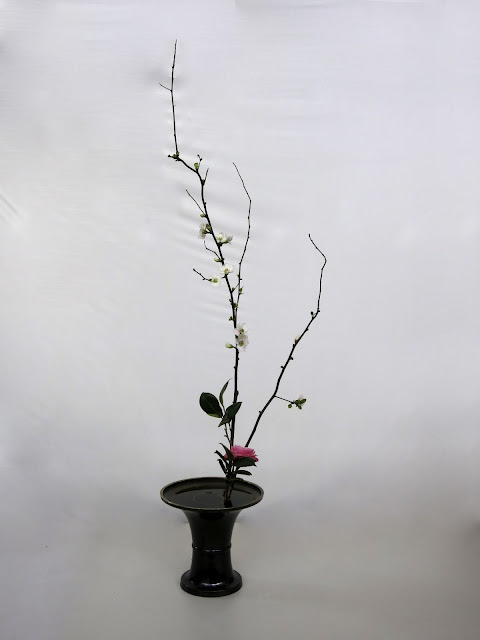 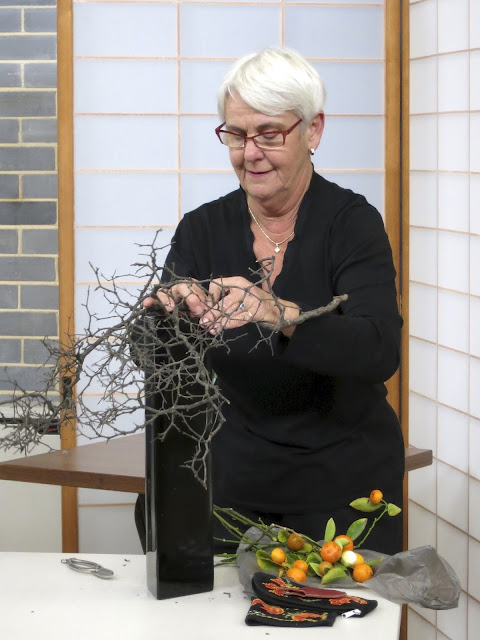 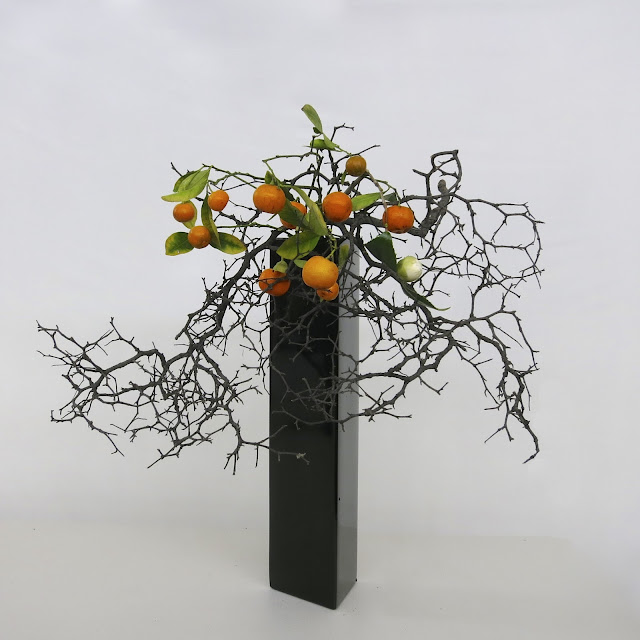 Posted by ikebana International Melbourne at 21:10 No comments: