The meeting on Tuesday 9th June began with a brief remembrance tribute to our former member Mrs Masumi Jackson, who died in March. Mrs Jackson established the Melbourne branch of the Ichiyo School in 1988 and was remembered as a much valued Life Member of Ikebana International Melbourne Chapter. In her early life she taught at a High School and University in Tokyo. She married her Australian husband, a lecturer at RMIT, in 1984. In Australia she became very active in a wide range of cultural and charitable pursuits. In addition to ikebana she practised tea ceremony, Noh theatre and paper doll making. There is an article about her on the Museum Victoria website: Masumi Hiraga Jackson and another group of pages about her donations of cultural items to the Museum's collections.
Masumi Hiraga Jackson Collection. 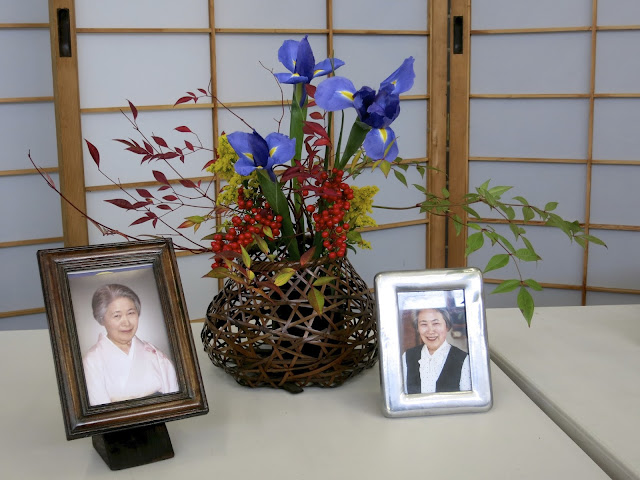 At the meeting her students spoke affectionately about their teacher and created a display in her memory. 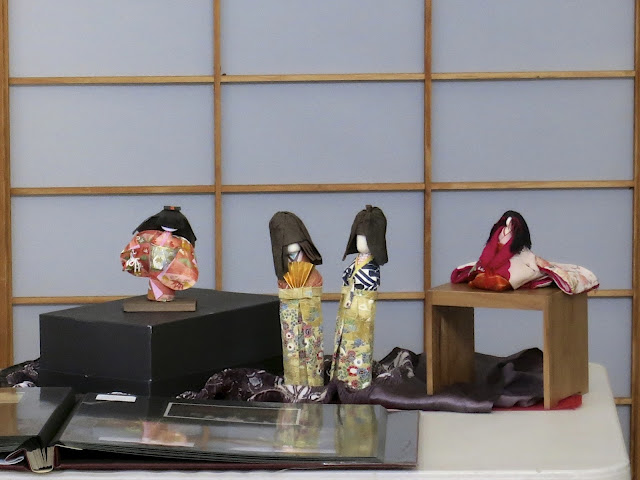 These are some paper dolls made by Mrs Jackson. 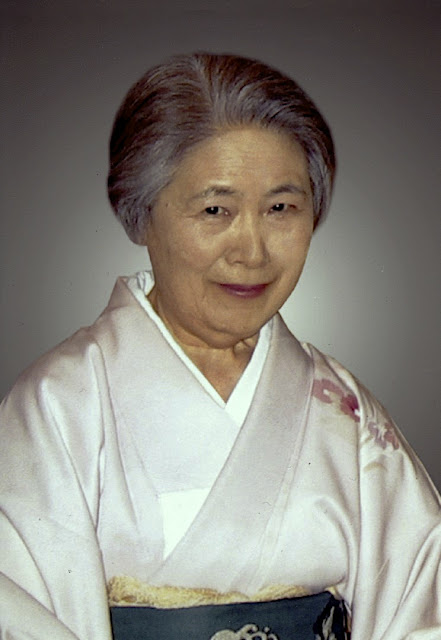 Following the tribute to Masumi Jackson the meeting activities proceeded as planned on the theme of Japanese Day. Our guest presenter was the chef Mr Sam Ito, who gave a demonstration of making Sushi. 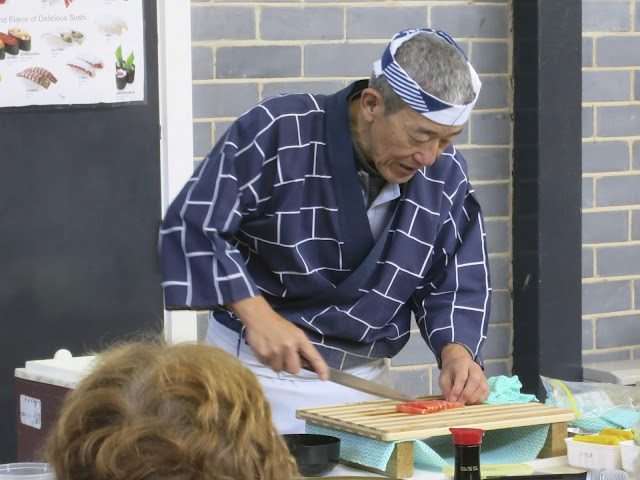 Mr Ito explained many correct techniques including how to slice fish... 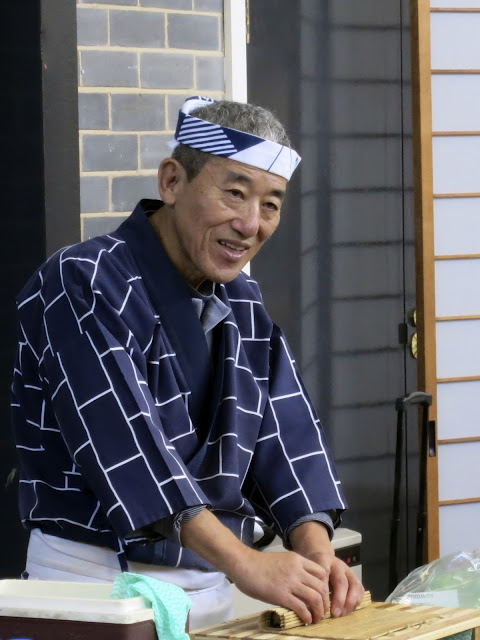 ...and create a sushi roll using a bamboo mat. 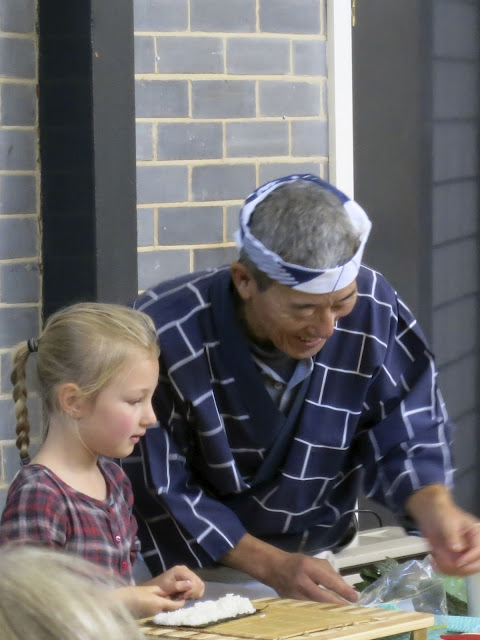 The granddaughter of one of our members was the first 'volunteer' to practise this skill. 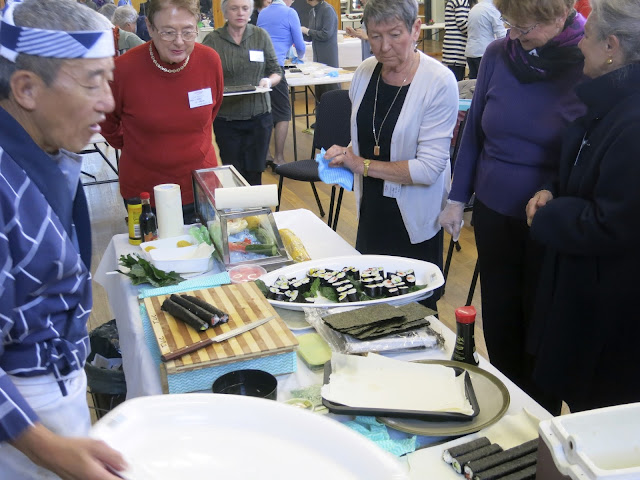 Subsequently members made the sushi rolls, shown in the photo above, that were enjoyed for our lunch. In keeping with this theme, members made ikebana using tableware in lieu of vases, that can be seen on the following link, Ikebana for the table.

Posted by ikebana International Melbourne at 09:43 No comments:

The theme of the meeting on 12th May was 'All the Bounty of Autumn in a Basket'. 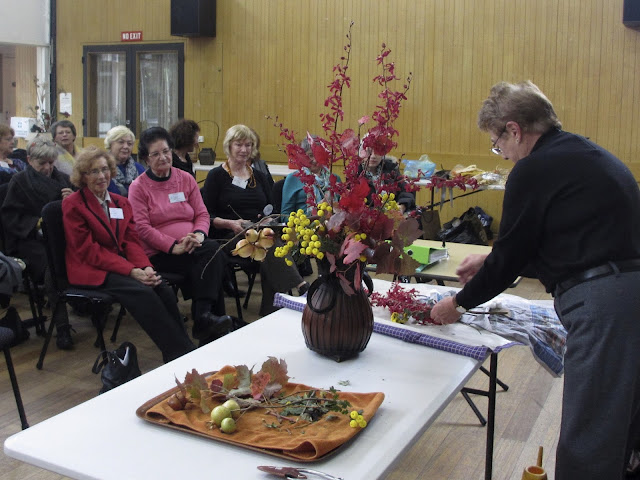 The photo above shows Lee Johnstone giving a demonstration in which she used a variety of autumn materials in a round bodied basket. 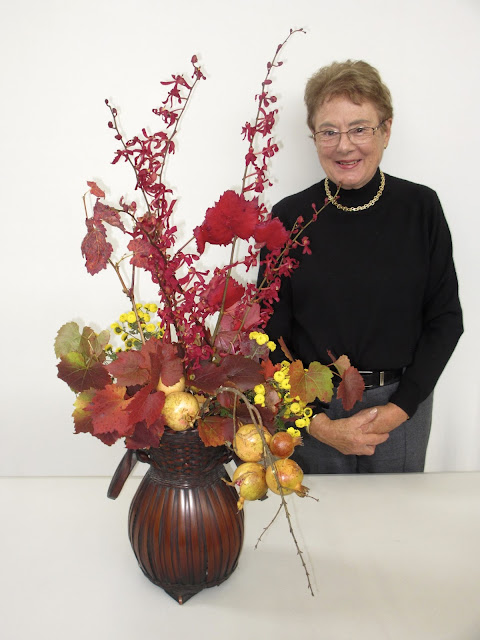 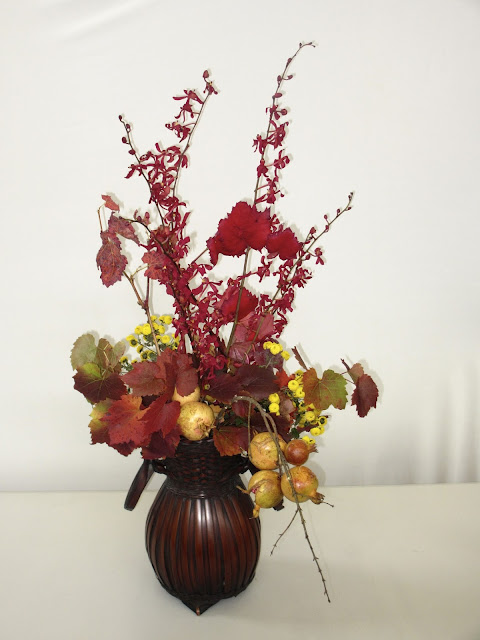 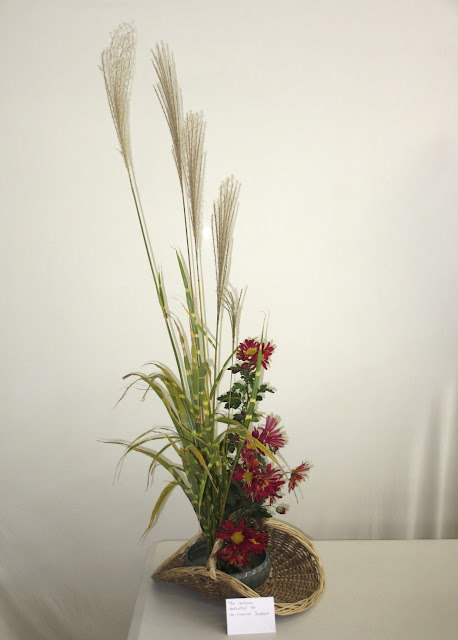 The arrangement in this photo was dedicated our late member Masumi Jackson.

Posted by ikebana International Melbourne at 14:54 No comments: