On Tuesday 14th April, 13 members and friends of the Melbourne Chapter met at the Royal Botanic Gardens, Melourne, for a guided tour. The tour was led by Jenny, a volunteer guide, who focused the tour on 'Guilfoyle's Volcano' * . This is a 19th Century water feature of the garden that was created to provide a 'header tank' to allow a gravity-fed watering system for the gardens. 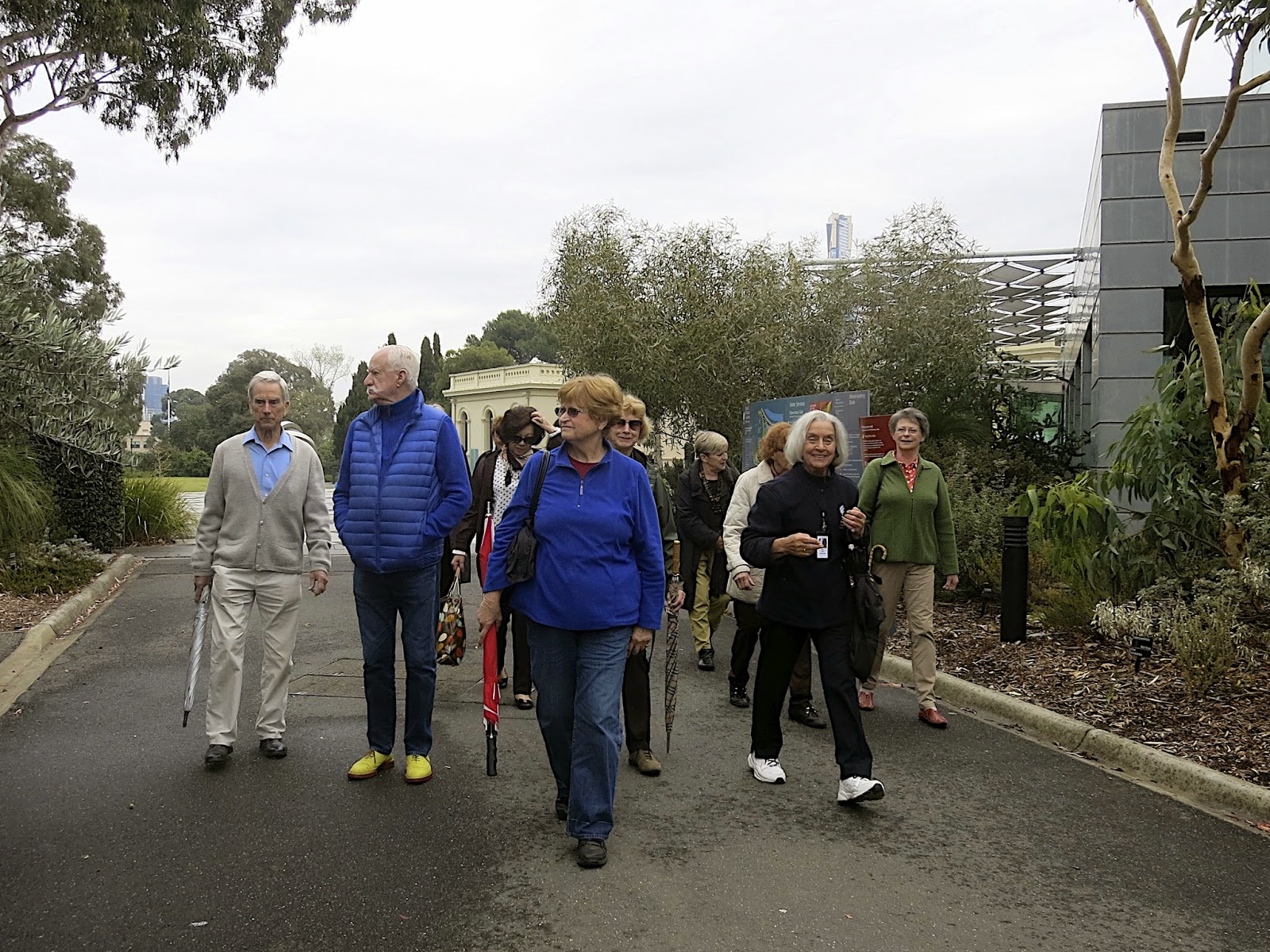 We set off from the Observatory Gate on a very overcast, autumn Melbourne day. 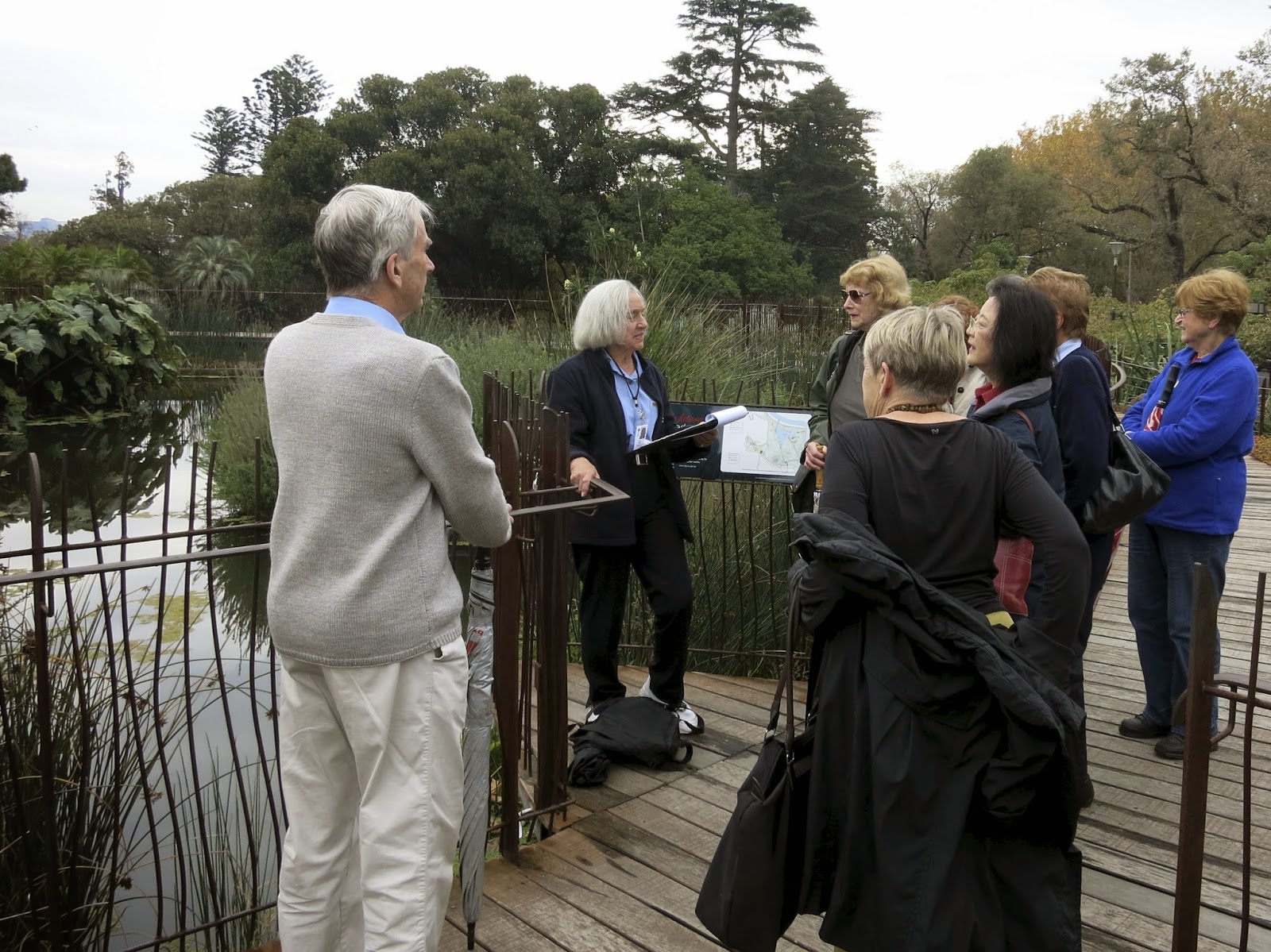 At the top of the 'volcano' Jenny explained how stormwater, harvested from the south and east boundary roads of the gardens, is passed through a series of filter beds. It is then further detoxified by the dangling root systems of plants on the floating islands shown in the photo below. 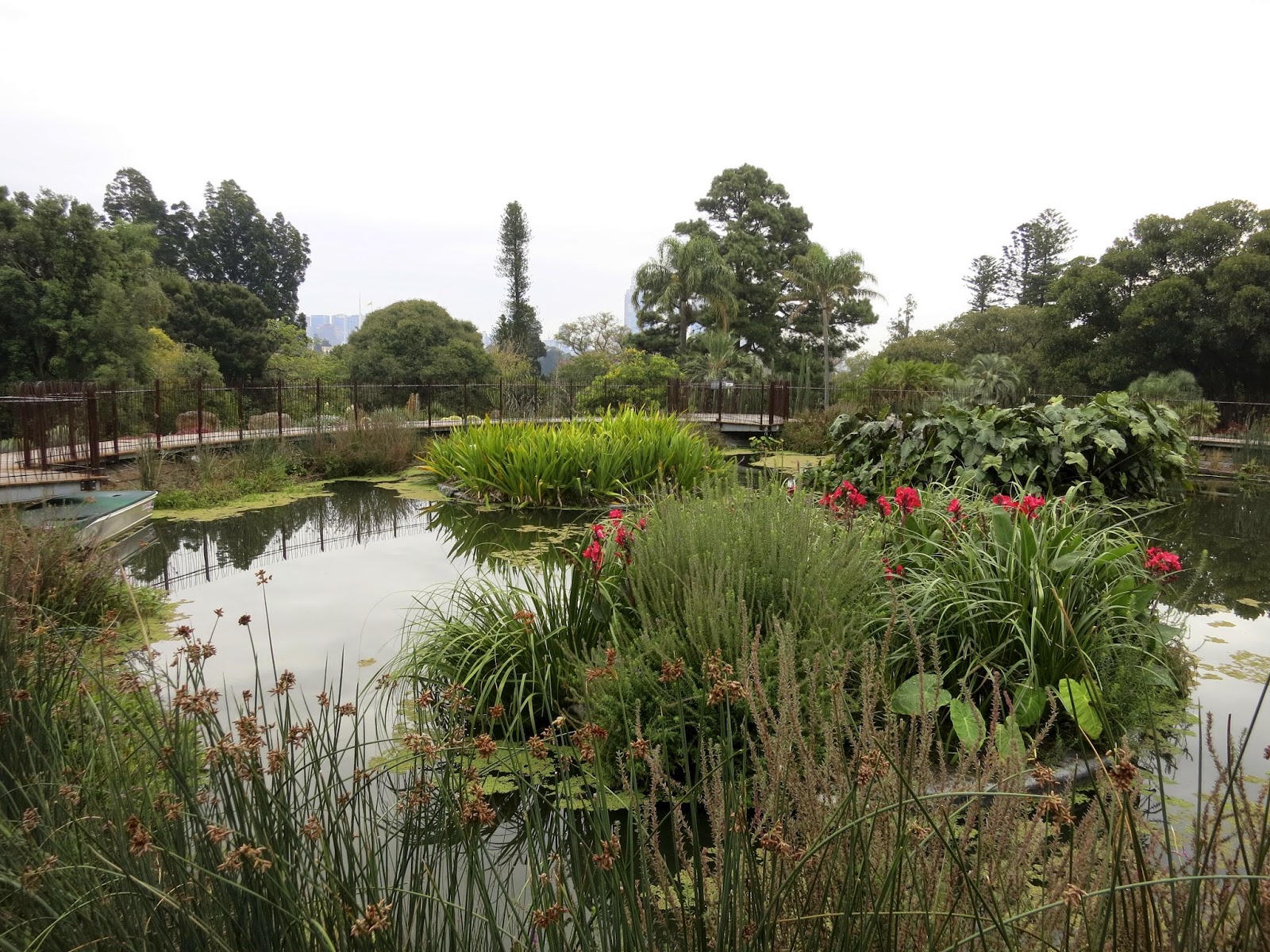 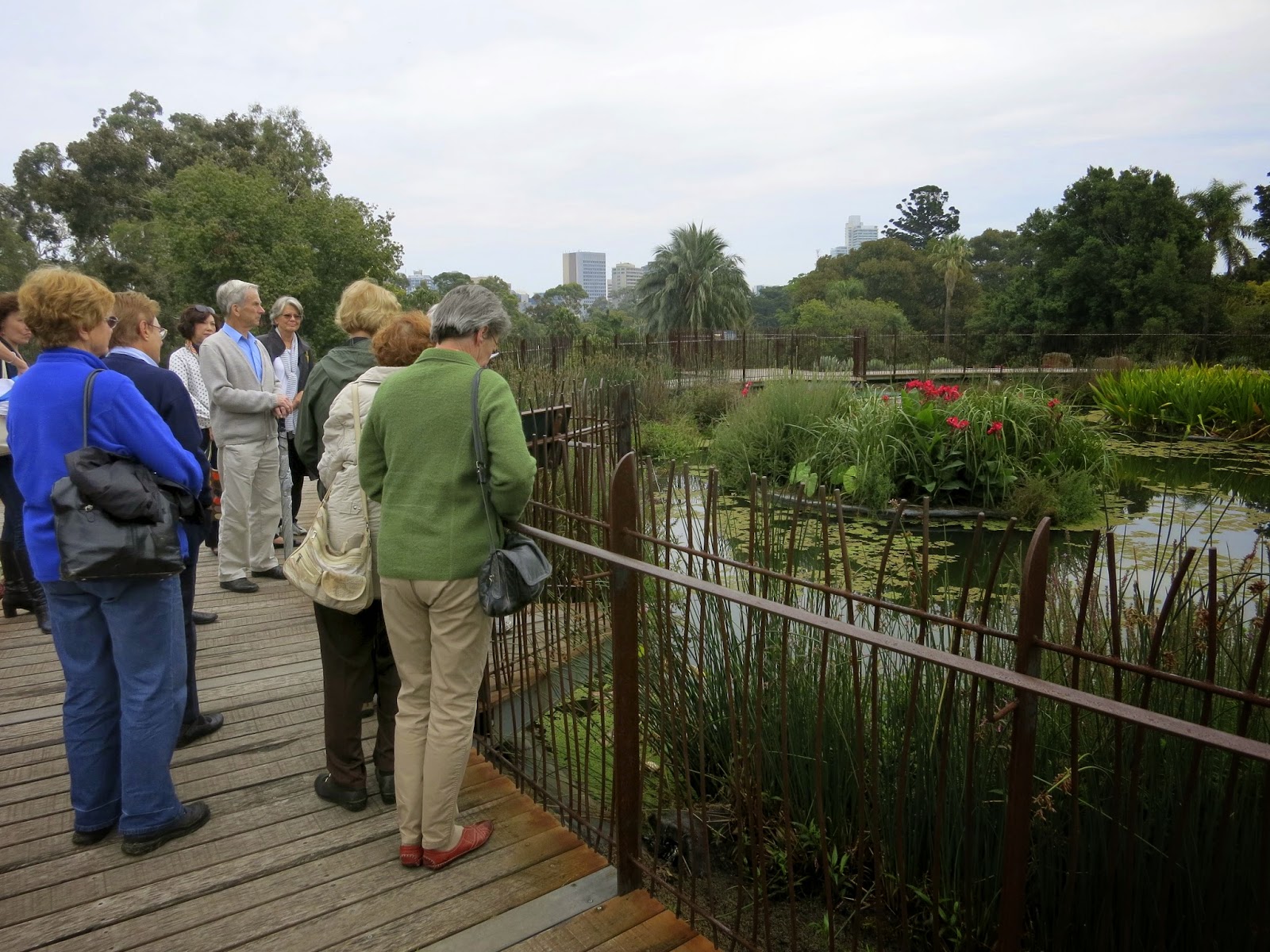 At this highest point in the gardens, the city skyline is in evidence. However, the overcast weather conditions blurred the distant view. 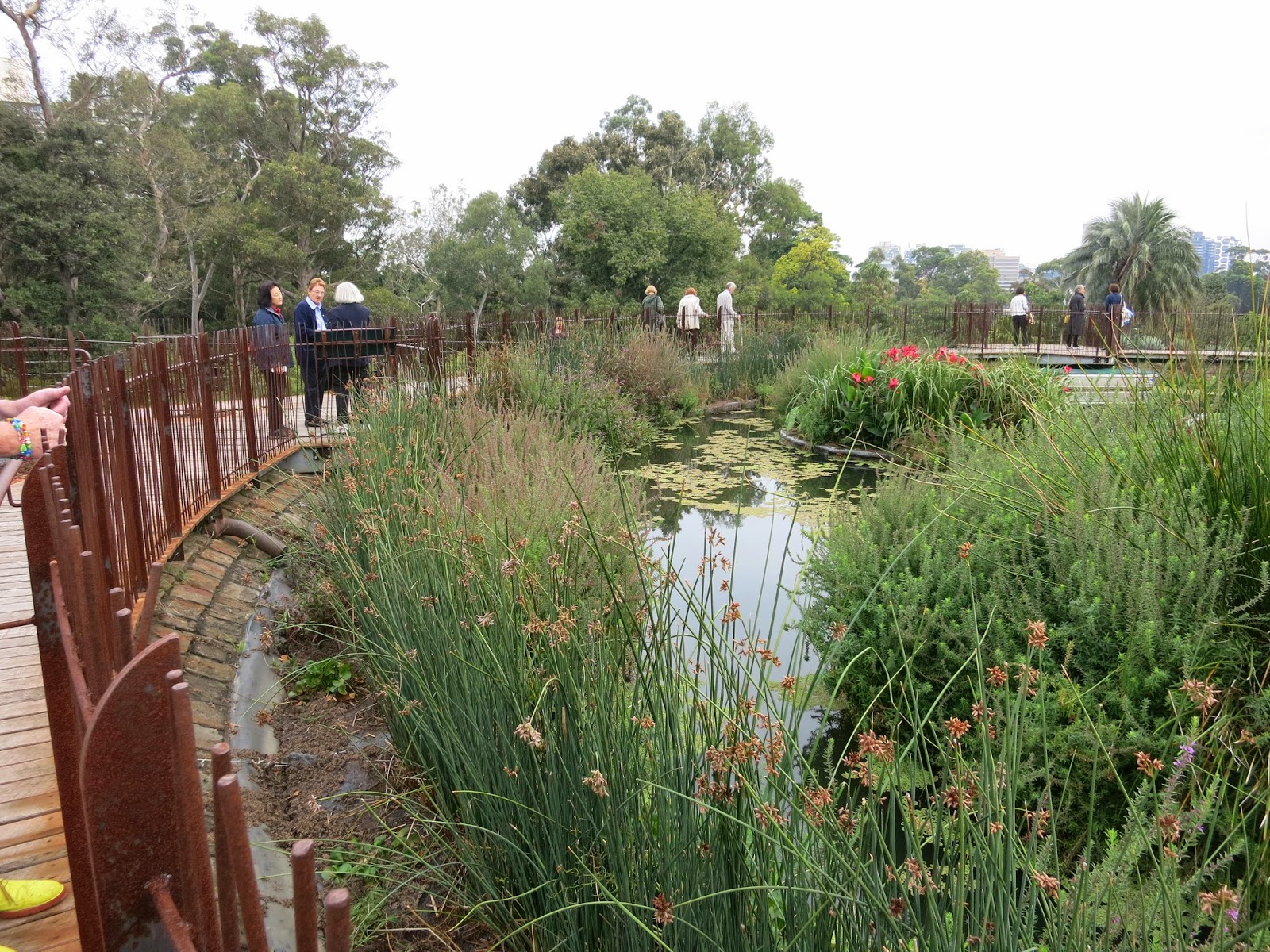 The sides of the 'volcano' have been planted with thriving succulents in beds that represent lava flowing down the side of the volcano. 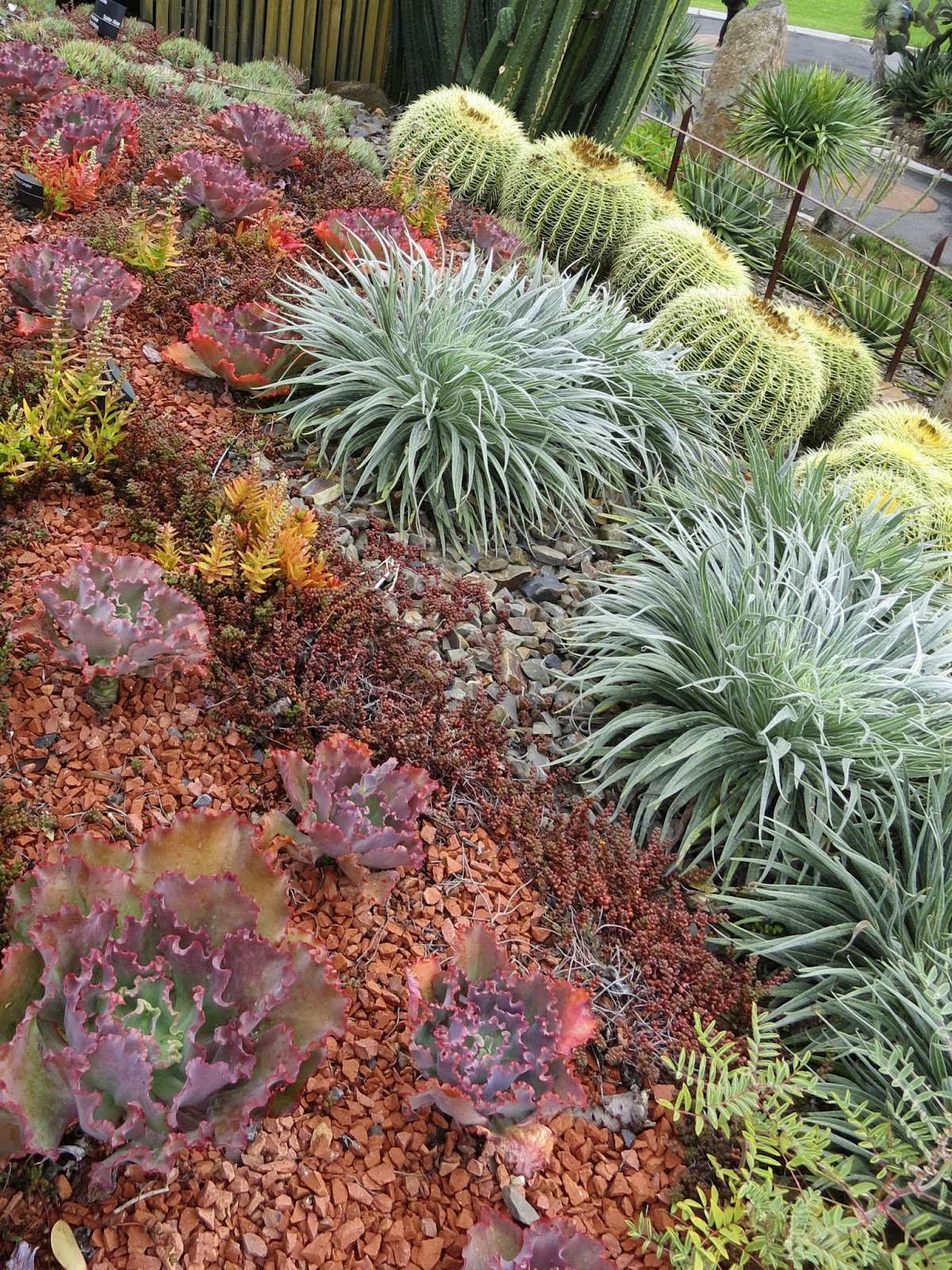 The image below shows a reproduction of a watercolour by Guilfoyle, in which he had imagined the garden beds being islands and the grass lawns representing the lava flowing around them. 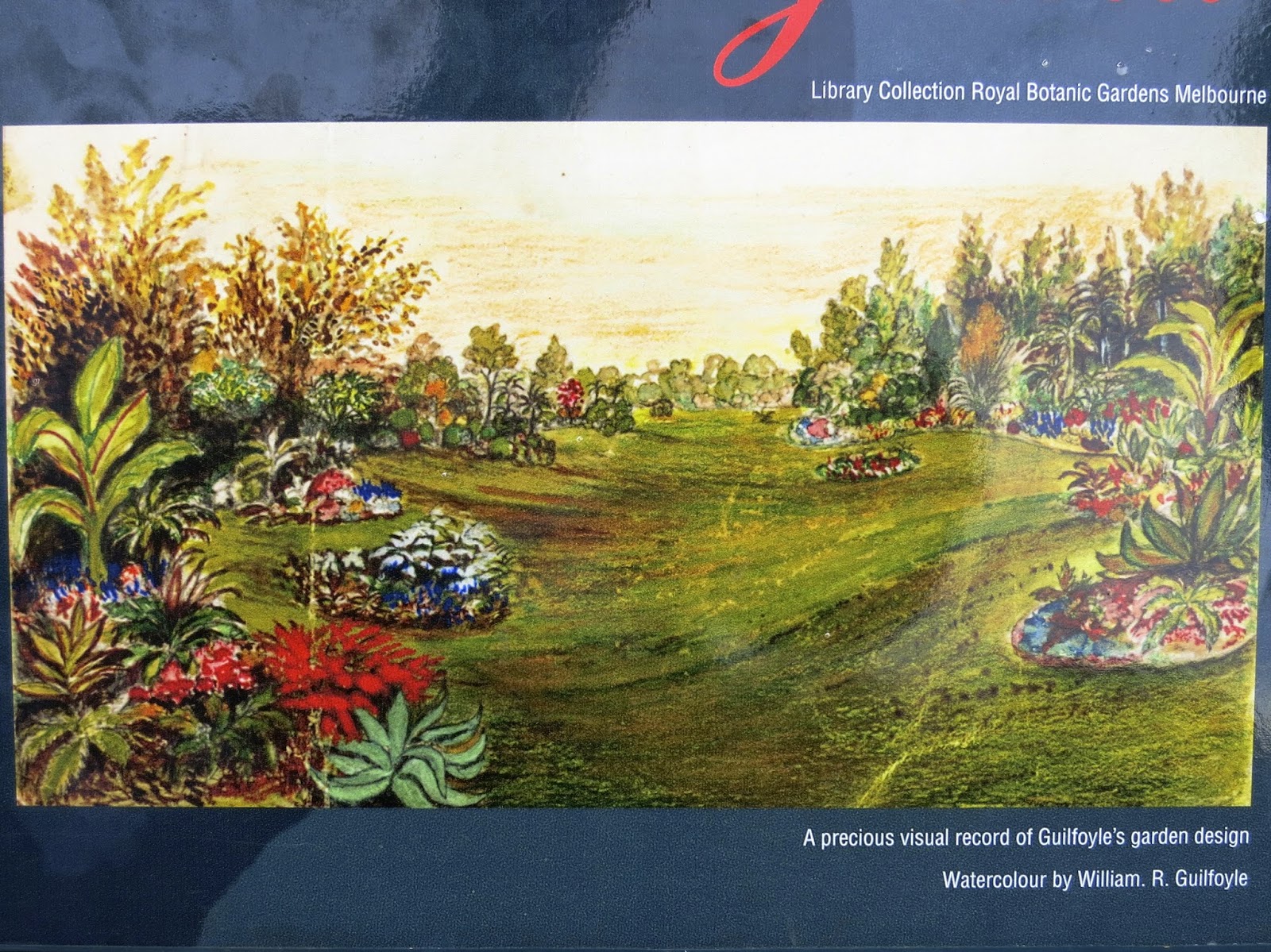 The floating islands inside the reservoir have proved to be a sanctuary for the ducks in the photo below. 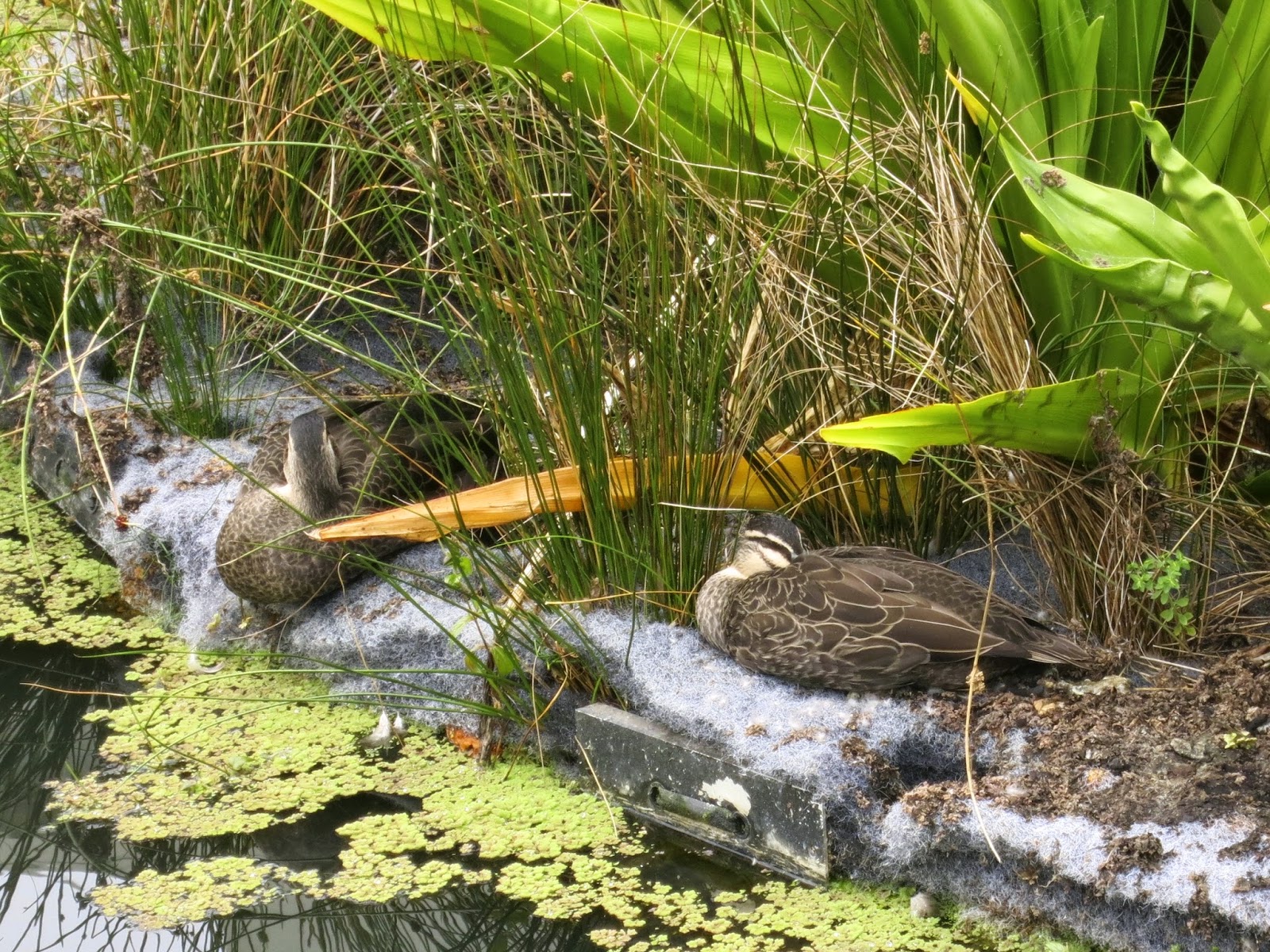 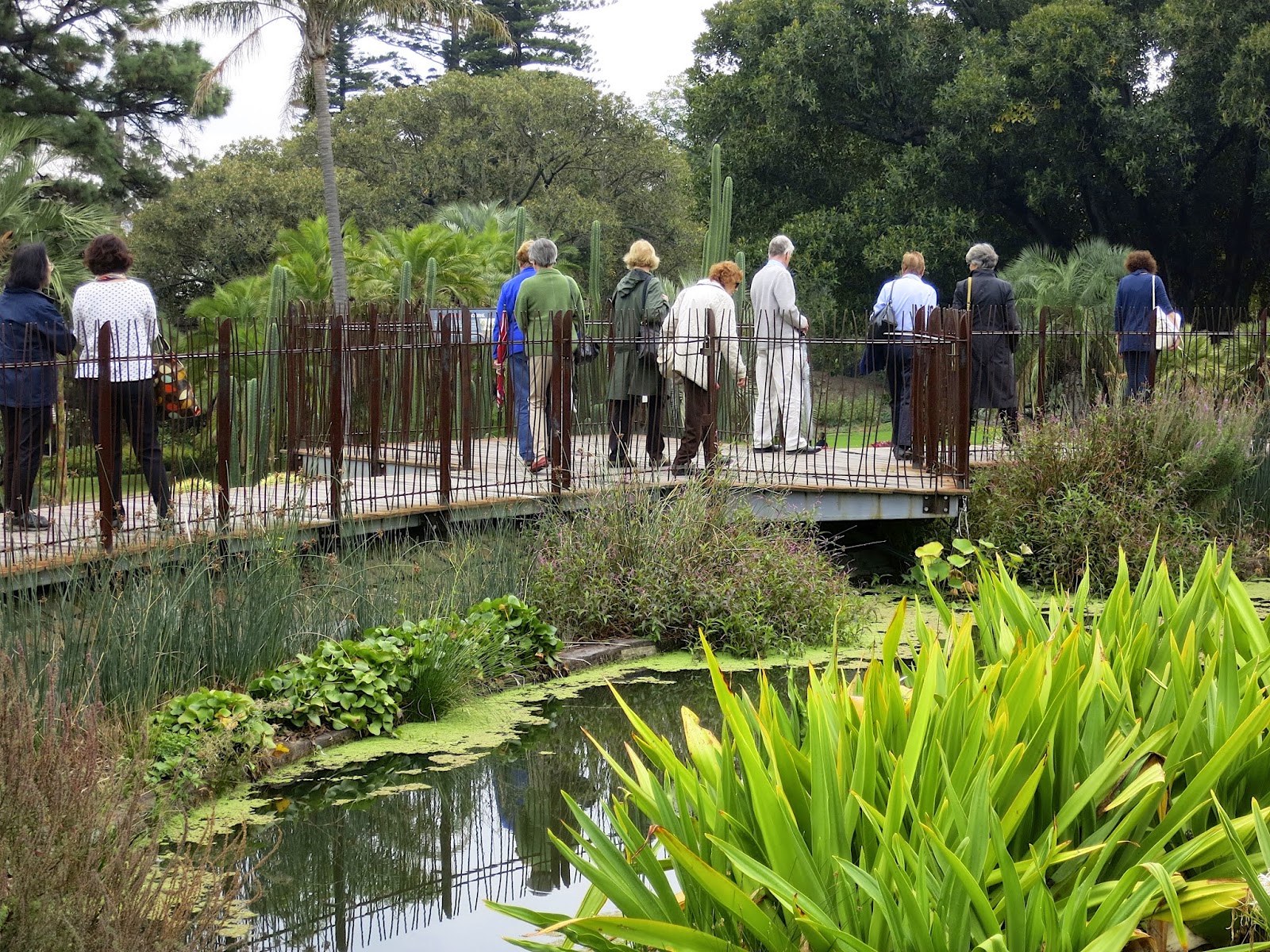 Click here for further images of Guilfoyle's Volcano.
Posted by ikebana International Melbourne at 21:55 No comments: