Members of the Melbourne Chapter of Ikebana International and their guests were pleased to welcome Shihosai Uematsu, the Iemoto designate, of the Shogetsudo Koryu School at the meeting held on Tuesday 11th November. In the morning Mr Uematsu gave a demonstration of ikebana works focusing on the Seika form and in the afternoon he lead a workshop, which was attended by 44 members from all schools of the Chapter, on the subject of 'Ryureika', a modern form of Seika. 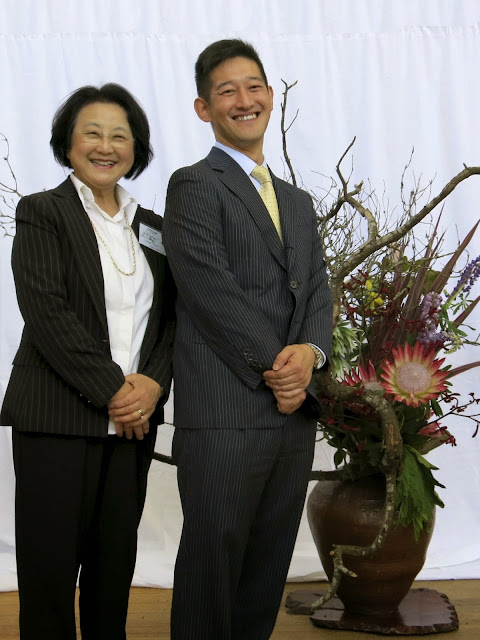 Above Mrs Chieko Yazaki, Melbourne teacher of the Shogetsudo Koryu School of Ikebana, and Mr Uematsu. 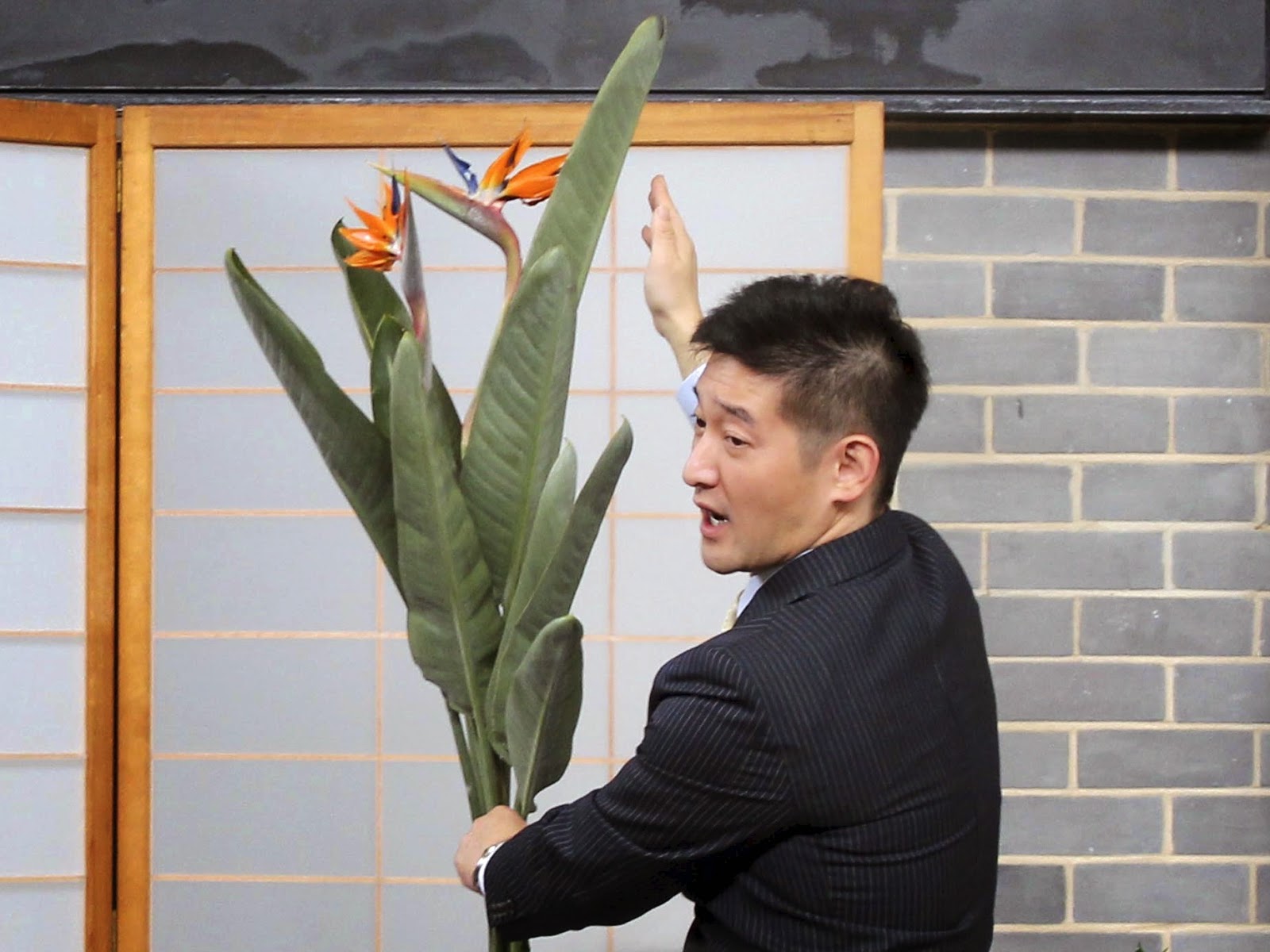 The  photo above shows Mr Uematsu explaining the principles underlying the Seika form. 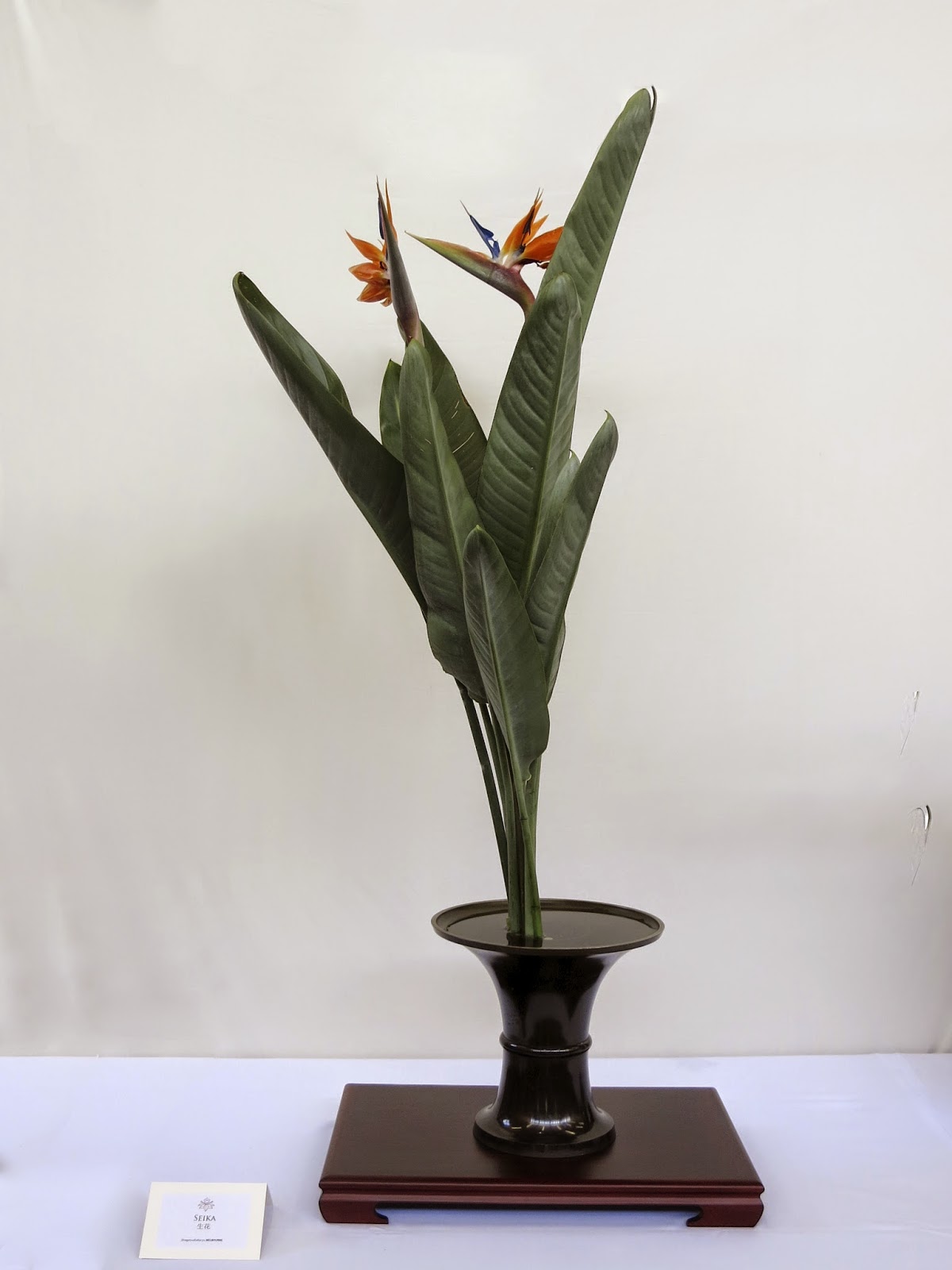 Below are other works created by Mr Uematsu for the demonstration 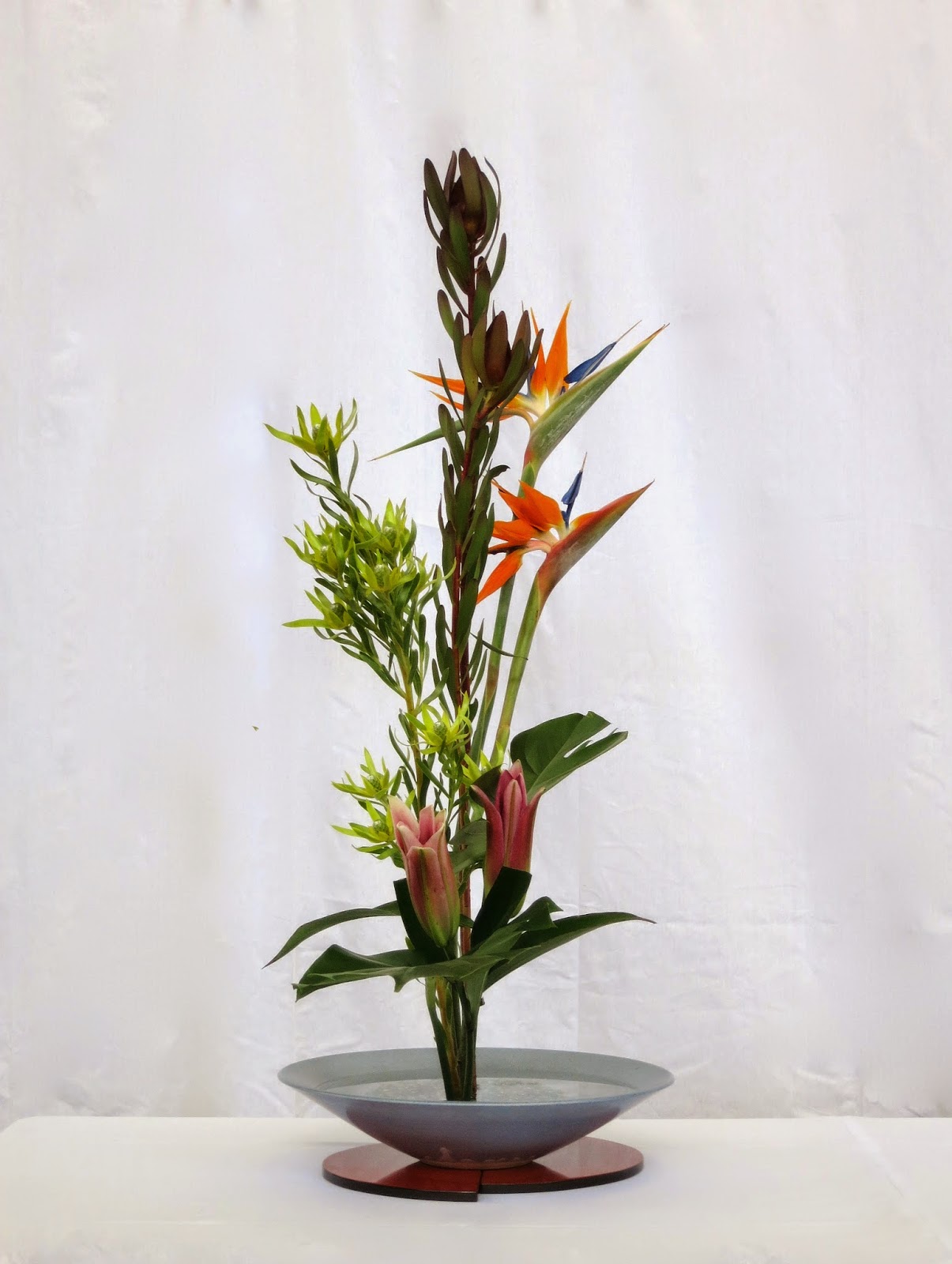 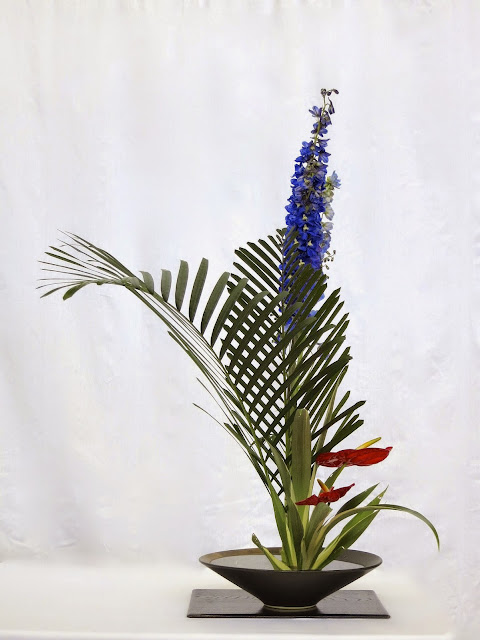 As Tuesday was Armistice Day Mr Uematsu created a commemorative freestyle ikebana for those who gave their lives in war and at 11.00am a minutes silence was observed by all present. 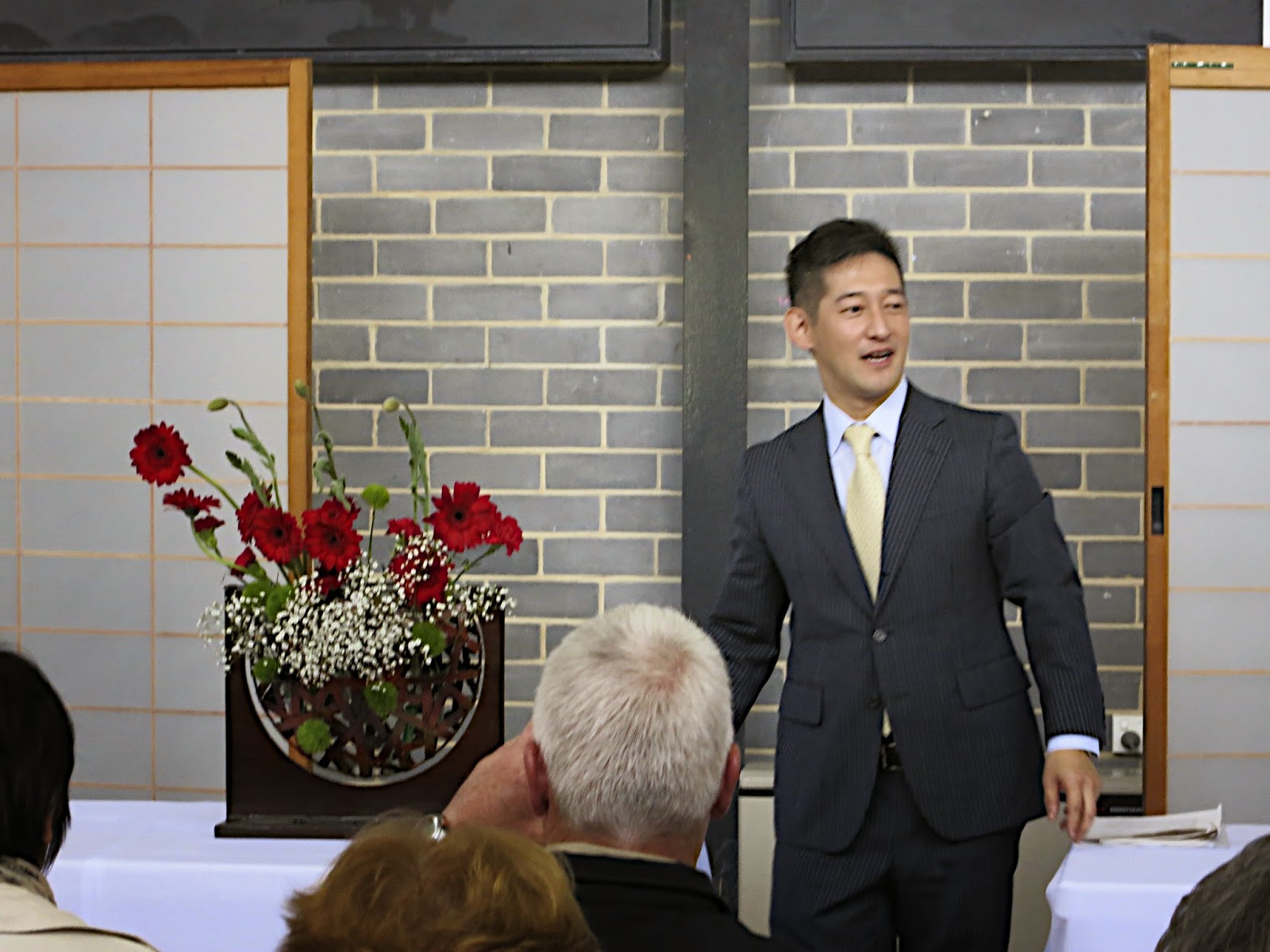 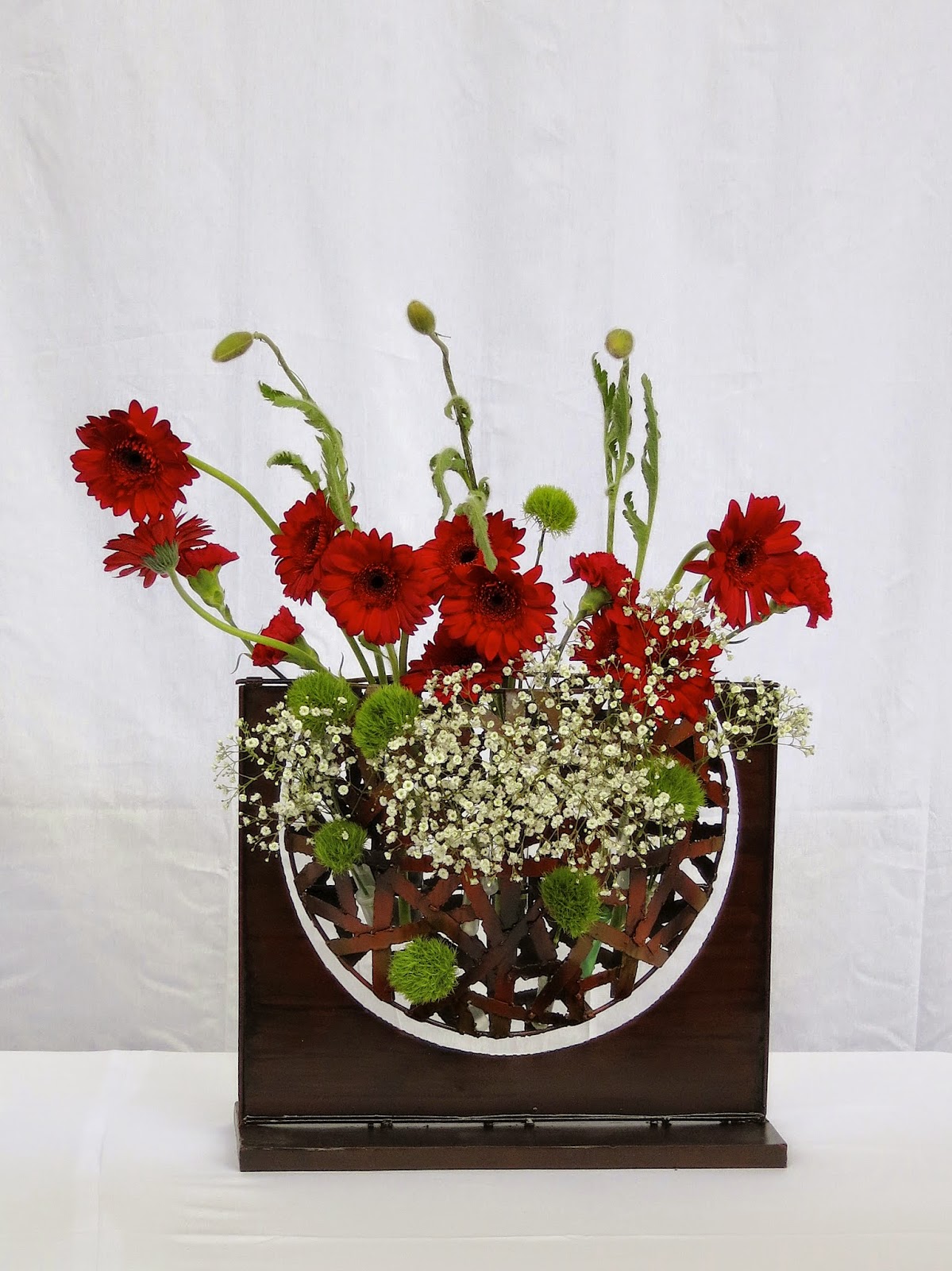 Below some of the 44 members of the Melbourne Chapter who participated in the workshop. 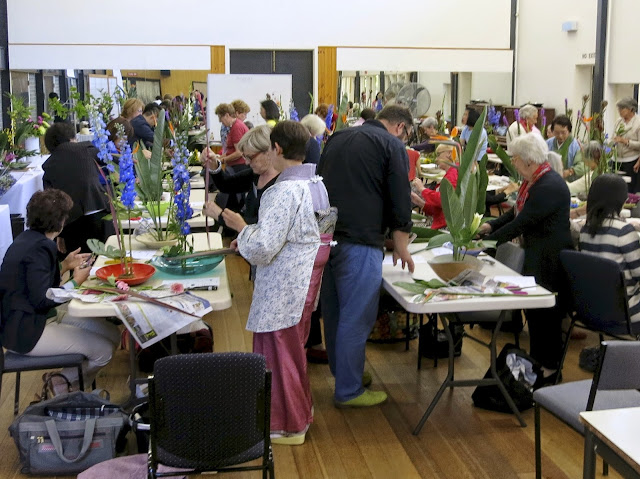 Click on the coloured text to see other photos from the Shogetsudo Koryu demonstration.

Posted by ikebana International Melbourne at 22:11