Hanami Day and the Annual Exhibition of Ikebana International

Hanami... the Japanese tradition of cherry blossom viewing,
More than 16,000 people came to the National Rhododendron Garden in Olinda this year for Hanami Day. Although the cherry blossom itself was late the gardens were a riot of colour.jn the Spring sunshine.And there was japanese drumming, koto music, sumie, calligraphy, origami, and ikebana. What a bonanza! If you missed the occasion mark your diaries for September next year. Perhaps even consider participating? 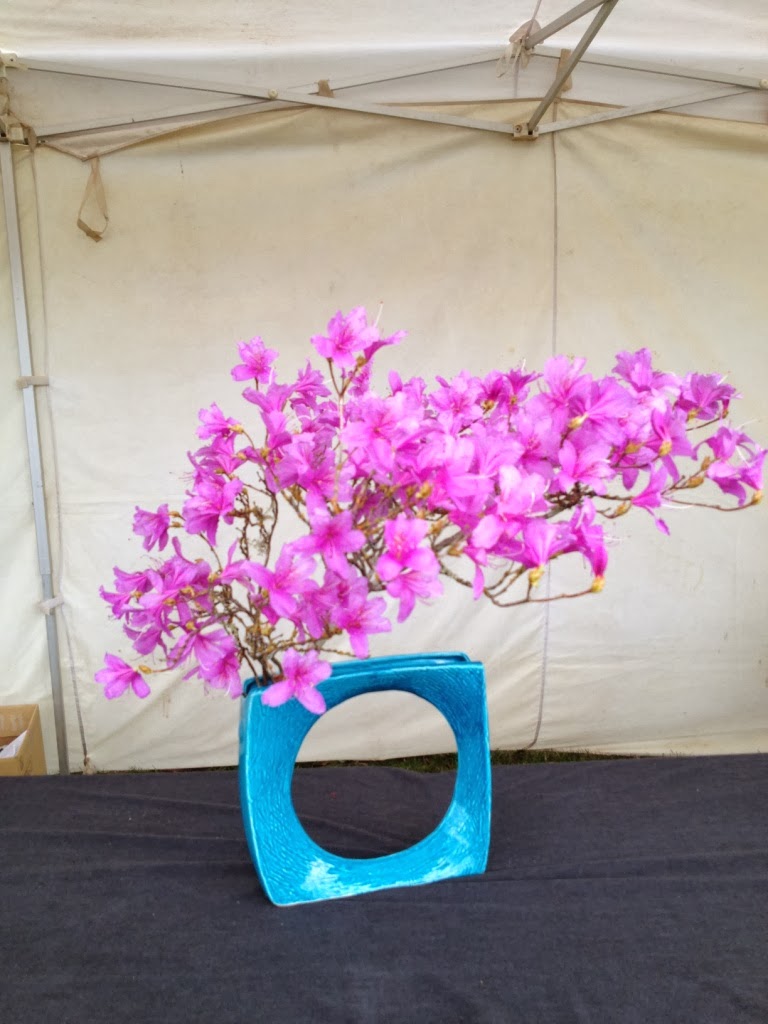 Trish Nicholls and Lara Telford with her students also

made an installation under the cherry trees to invoke the Japanese tradition of a picnic under the blossom on Hanami Day. 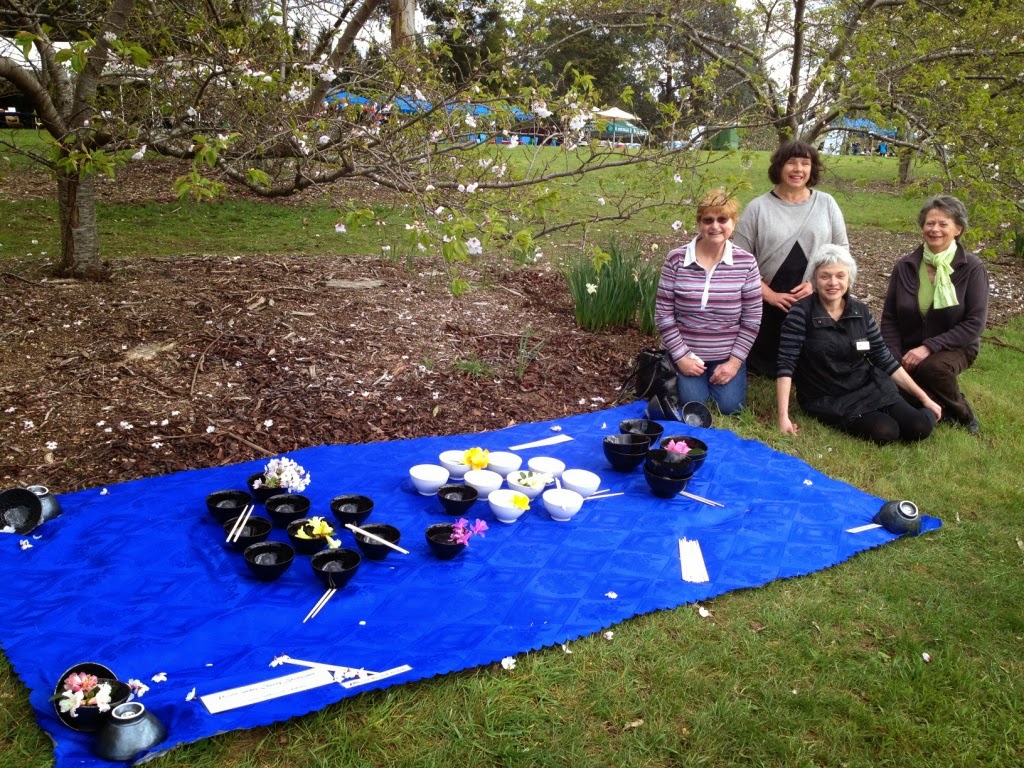 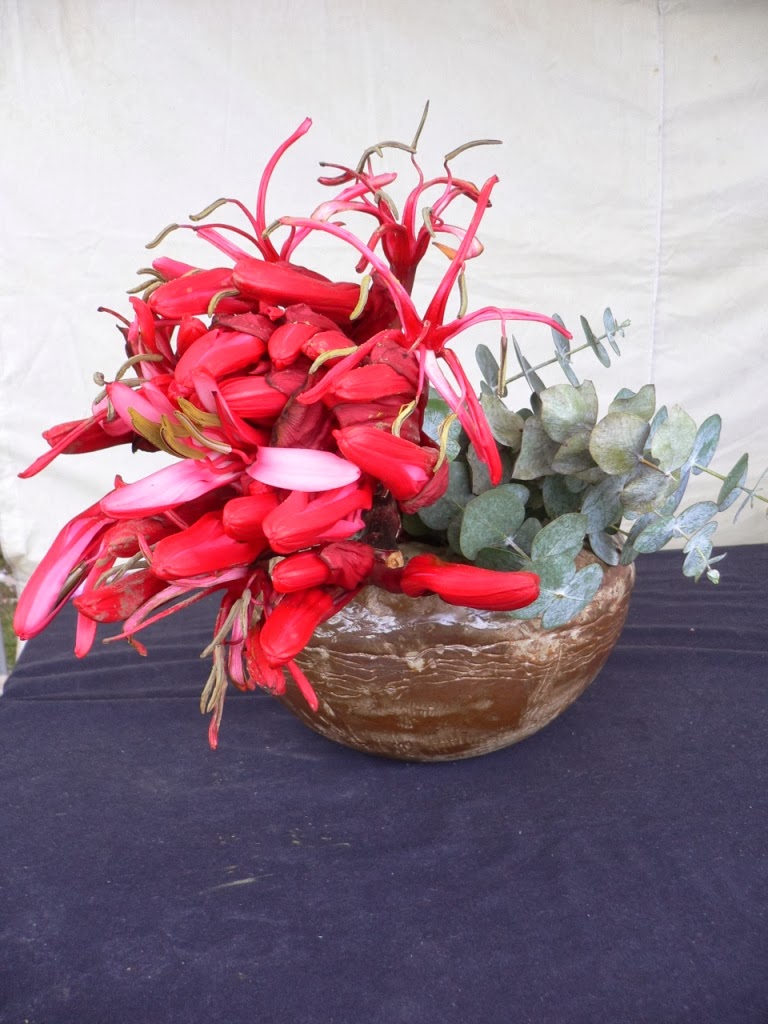 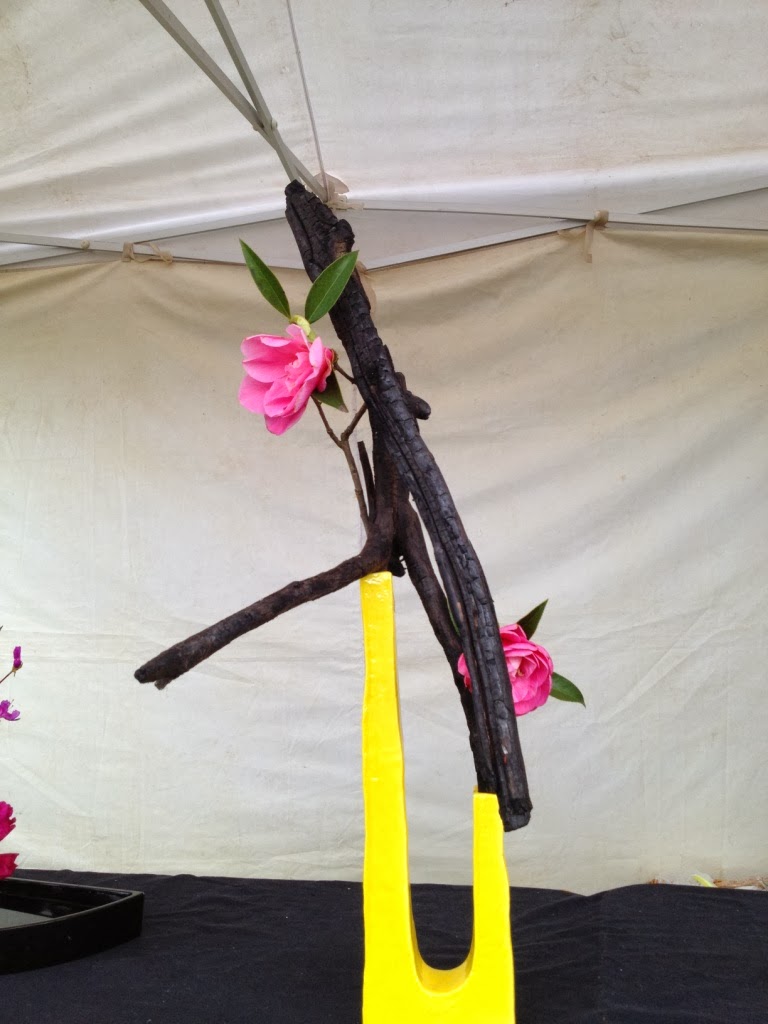 There was an official invitation to use flowers and other material from the Rhododendron Gardens freely for the demonstration. An offer to good to refuse! 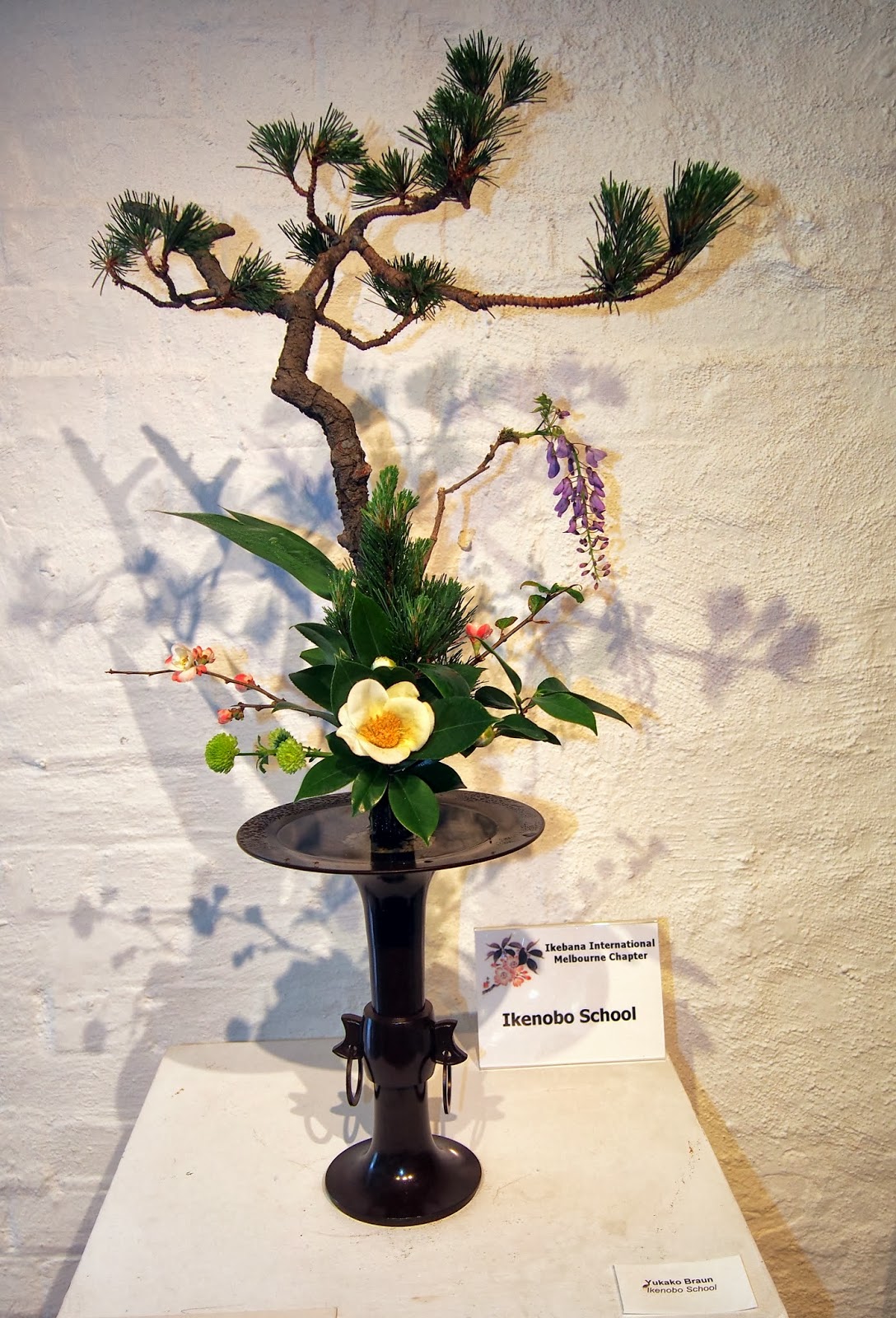 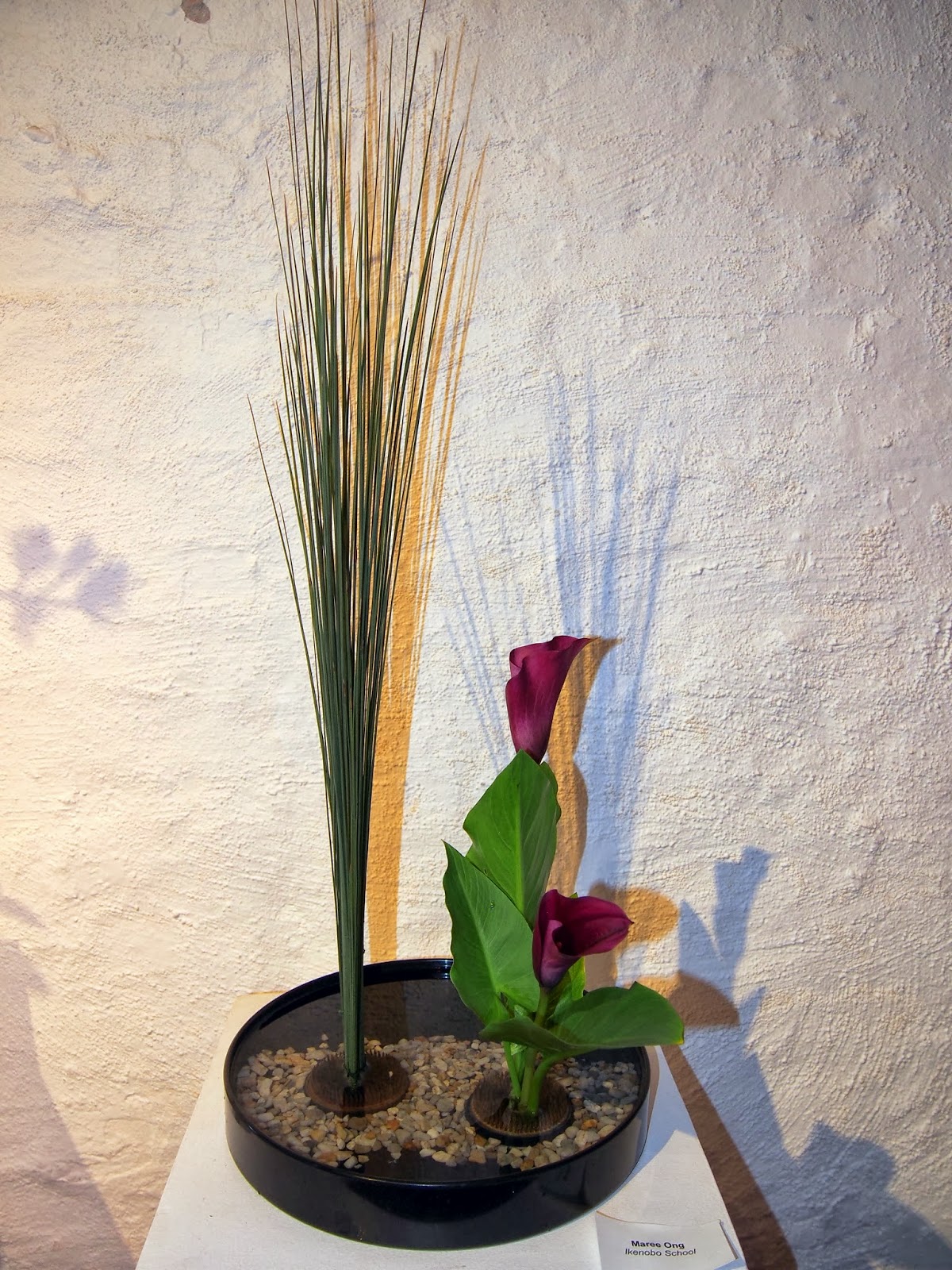 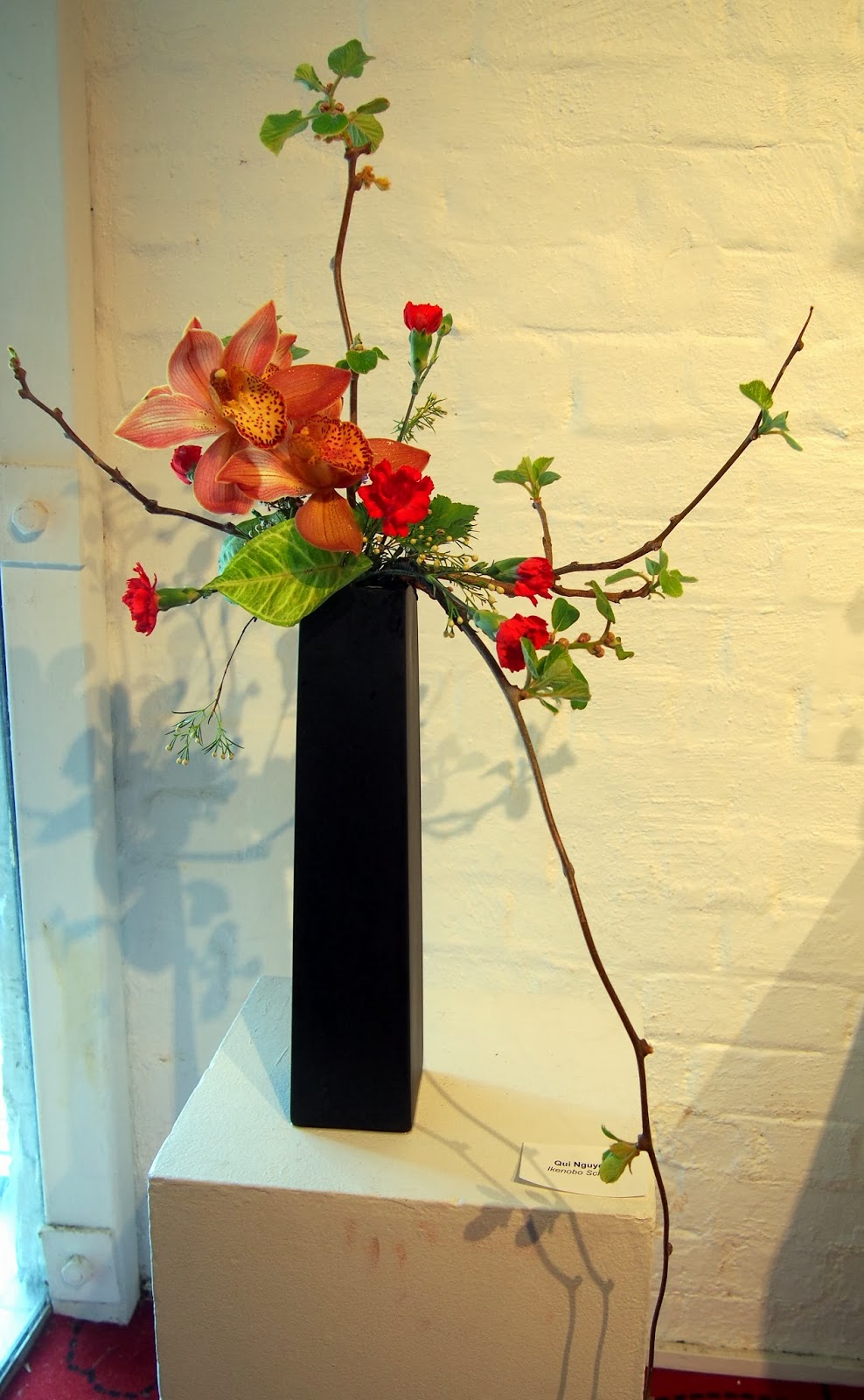 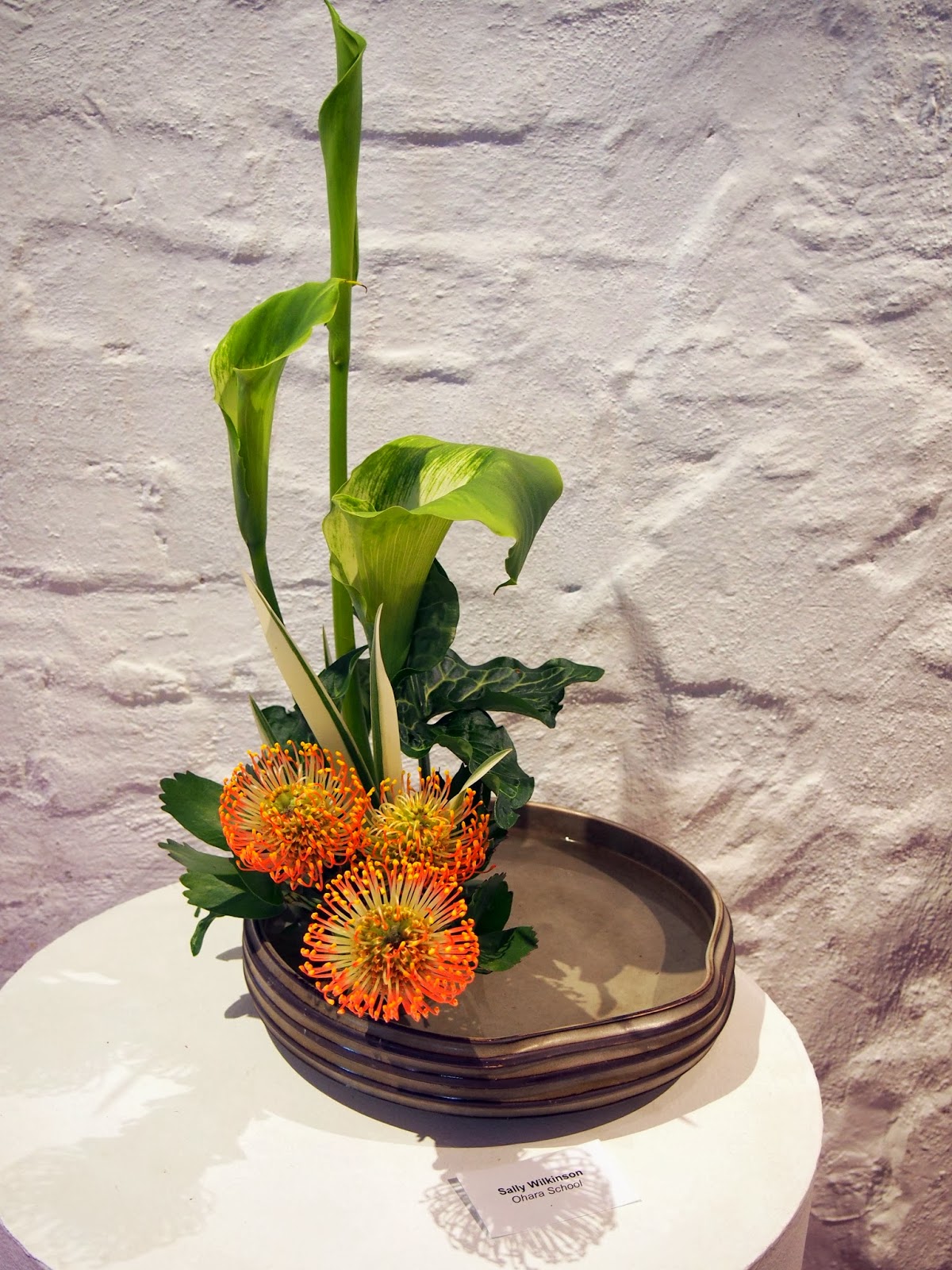 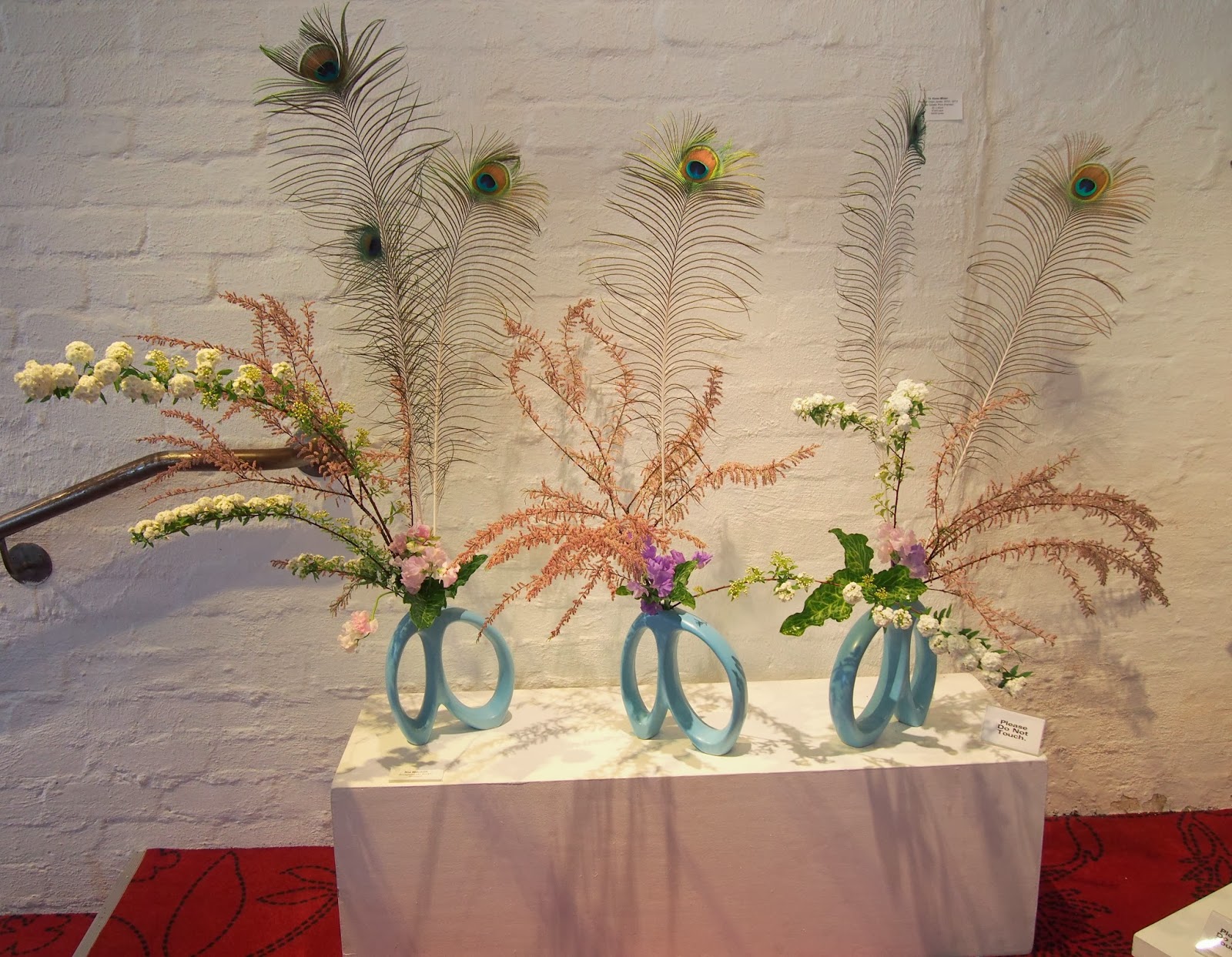 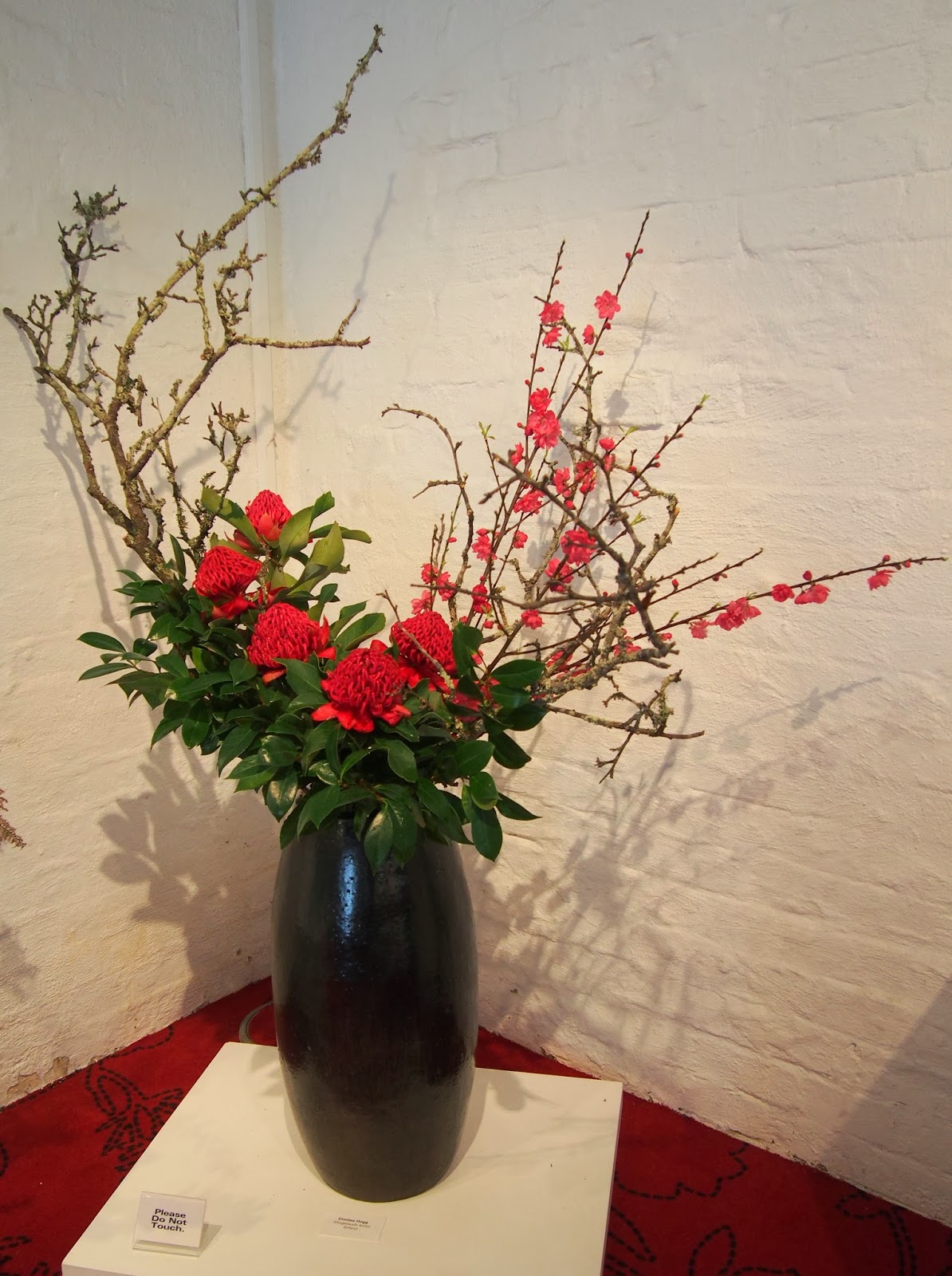 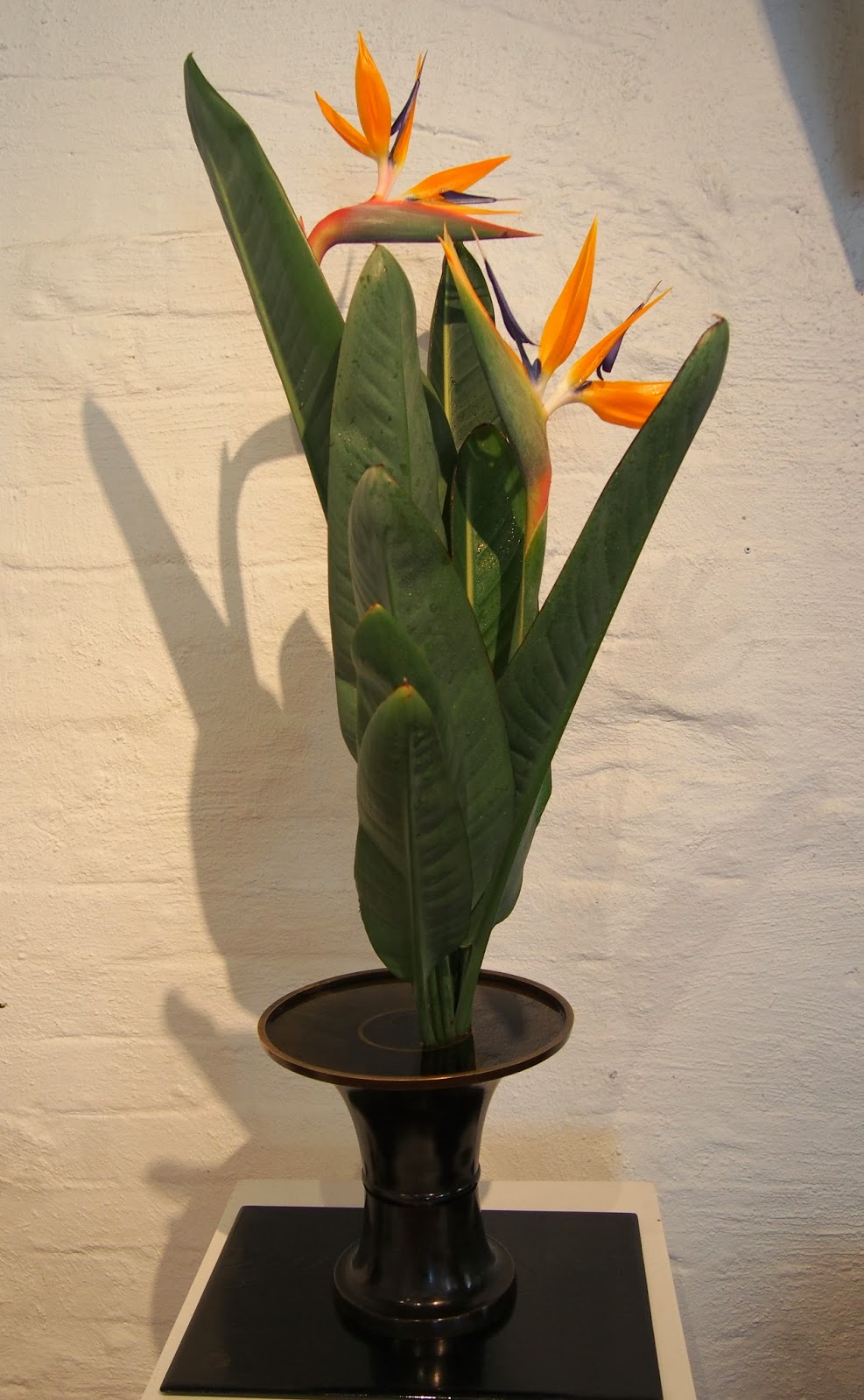 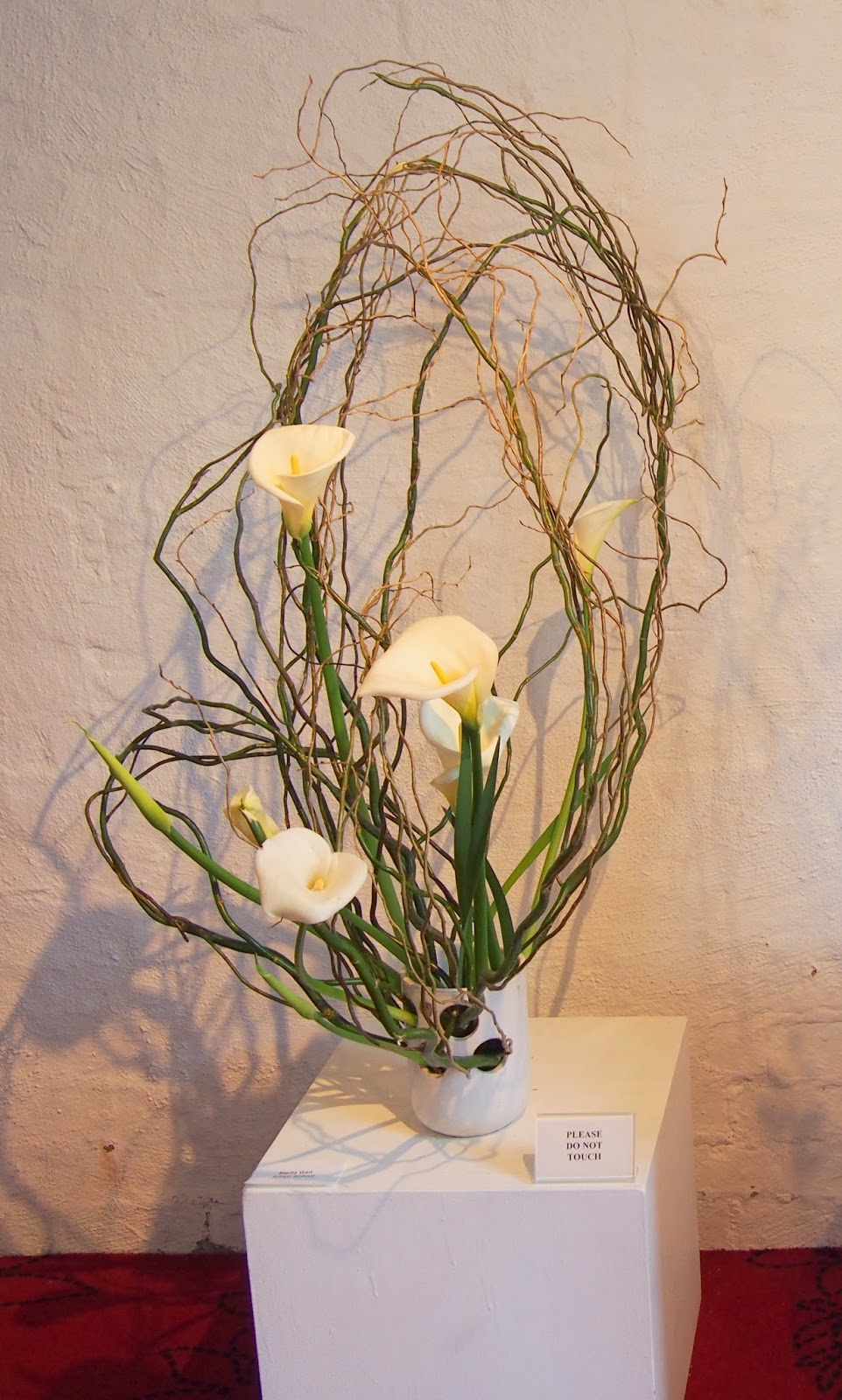 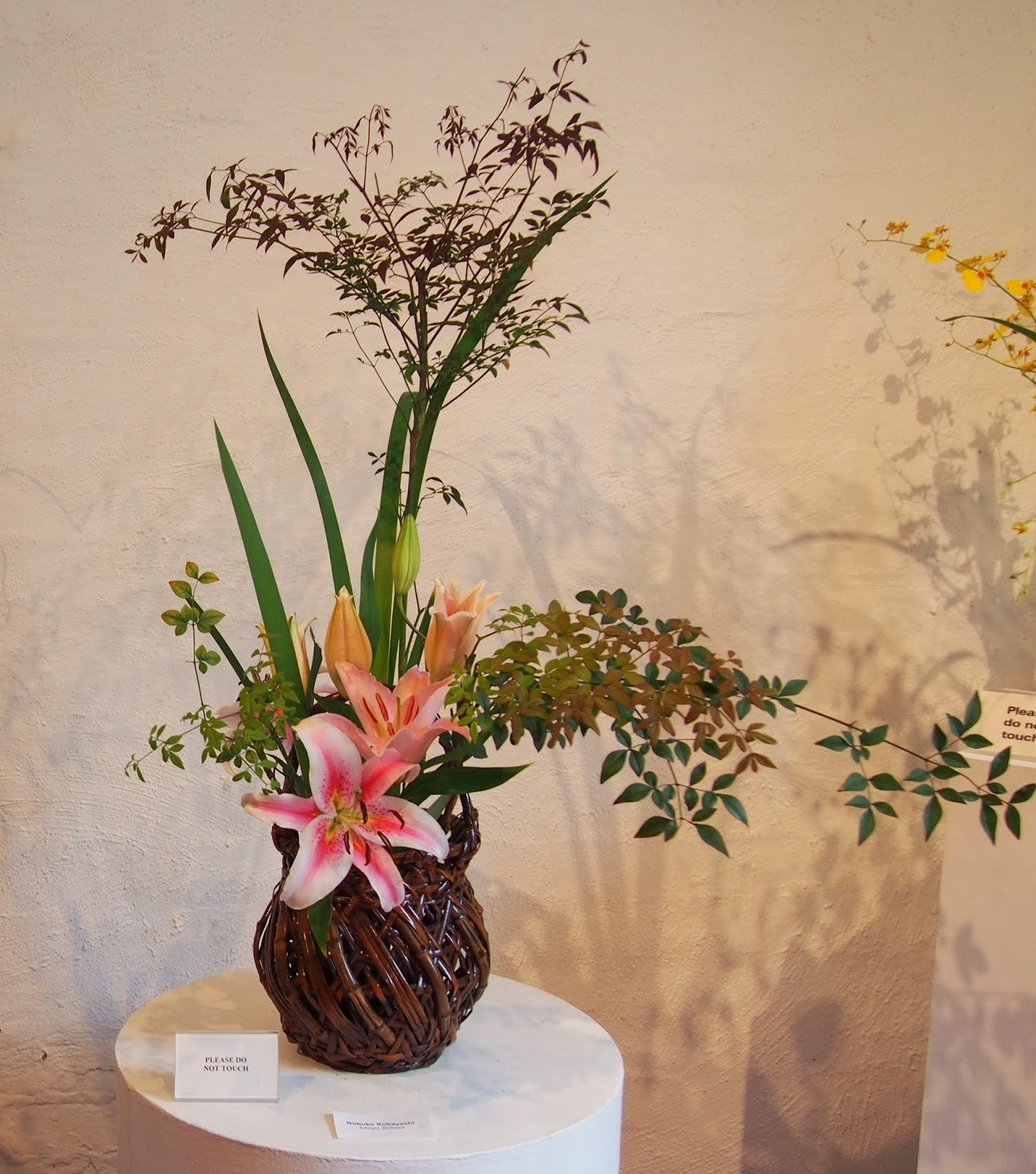 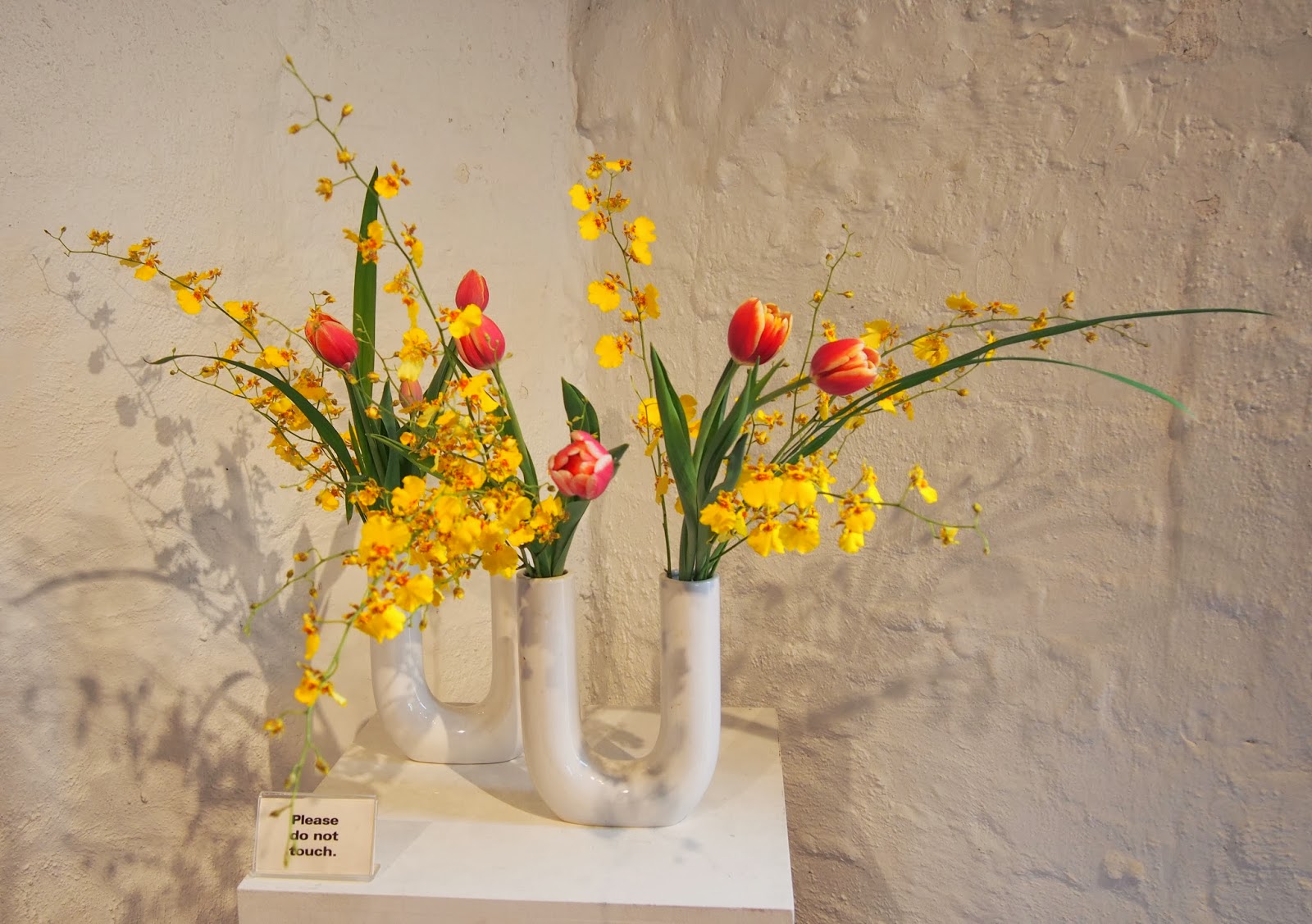 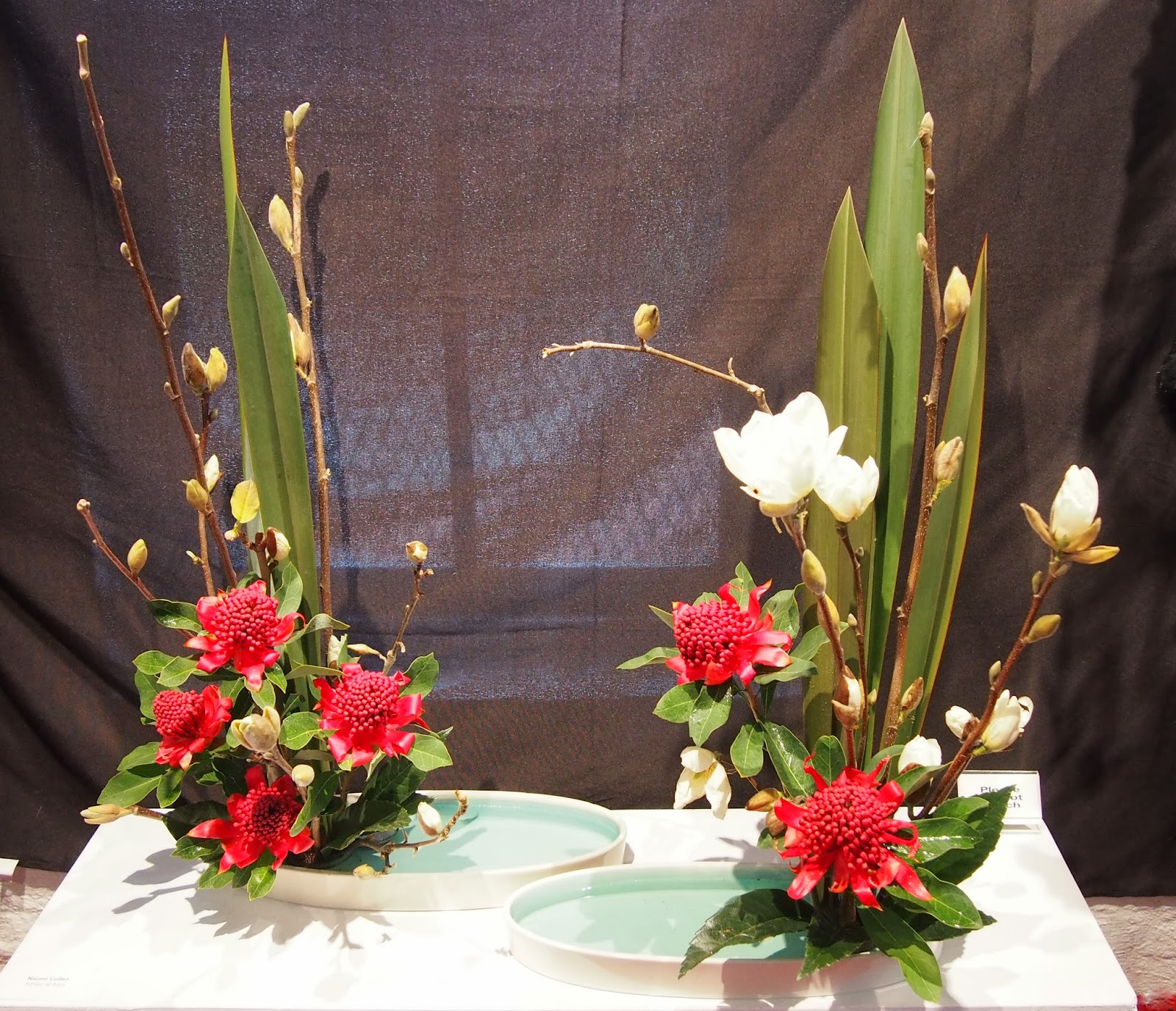 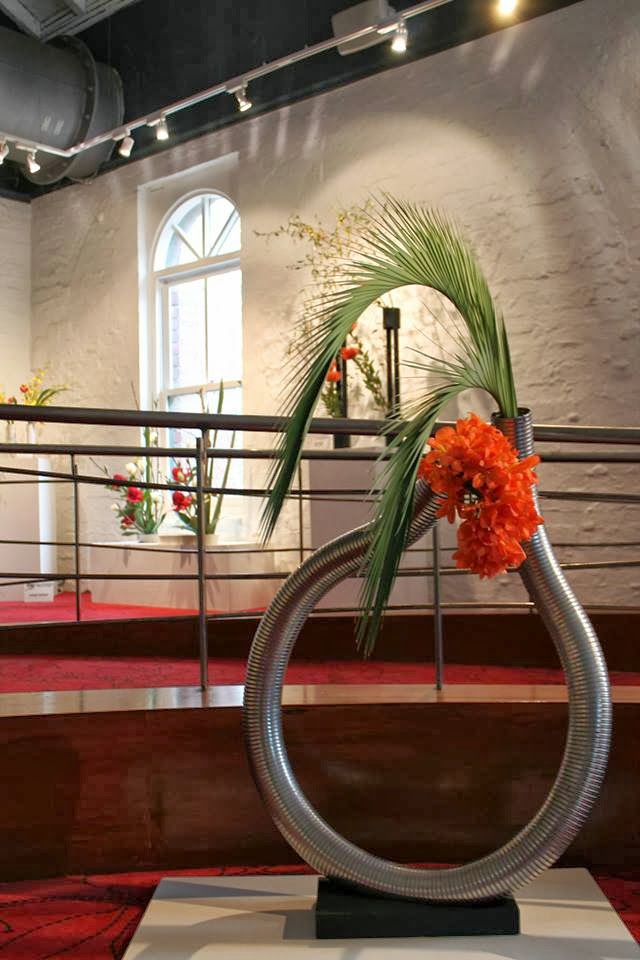 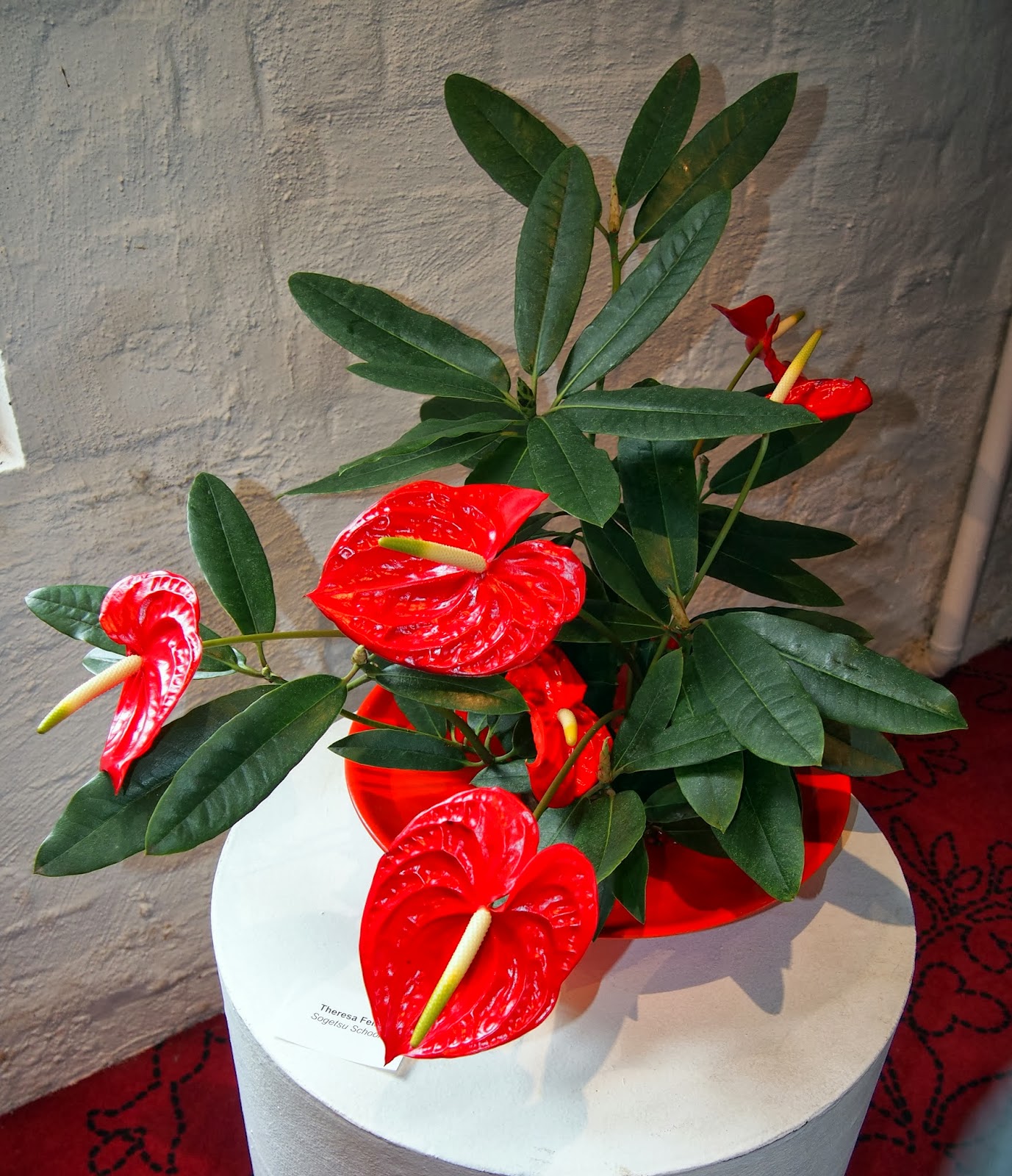 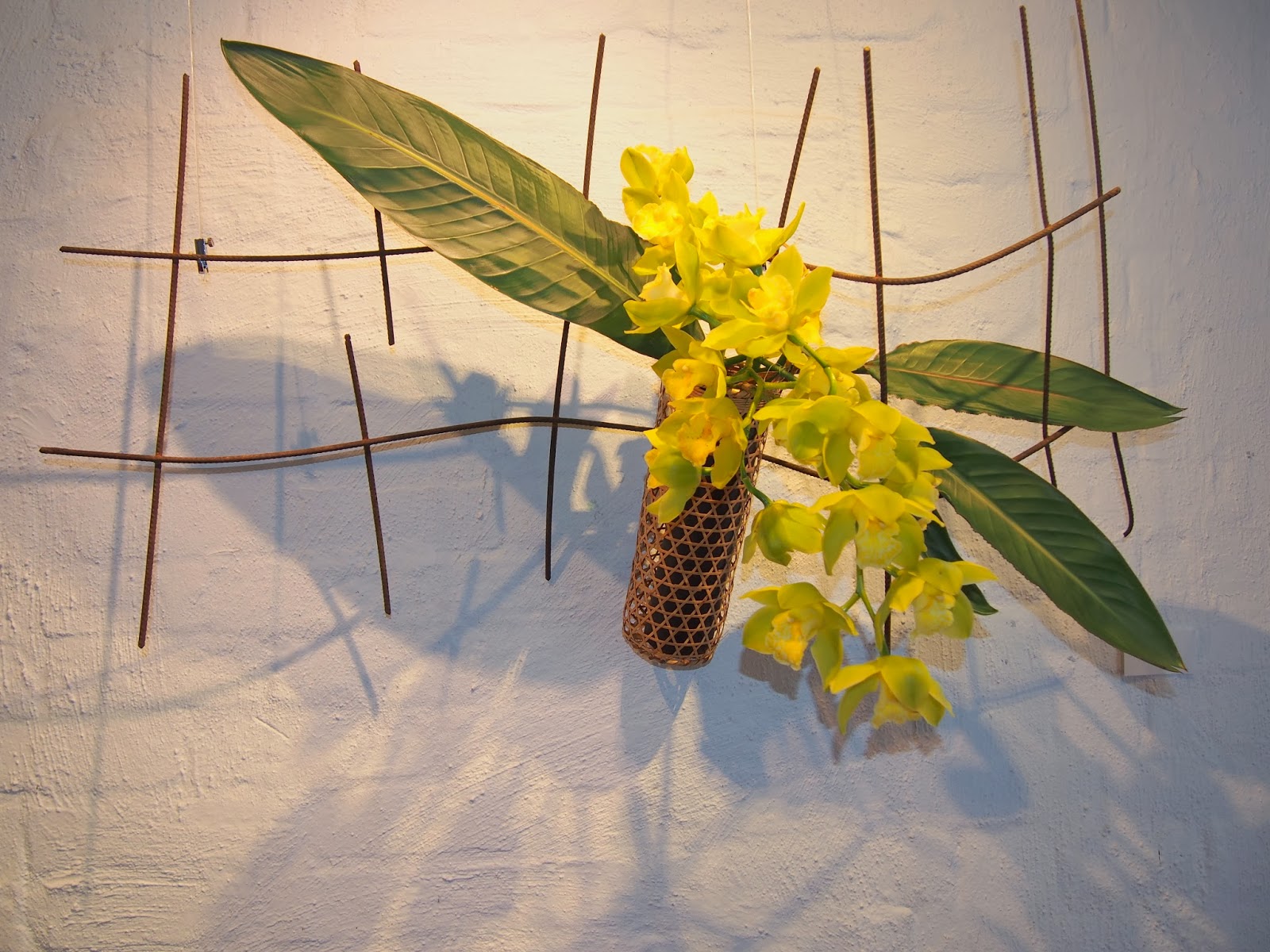 The gallery space was in the foyer of the Gasworks theatre. An interesting conjunction.which may have provided an introduction to ikebana fortuitously to some of the theatre-goers.
In order to utilise the large hanging space and keep the foyer area reasonable open there were several freestyle hanging arrangements, designed to complement adjacent work. 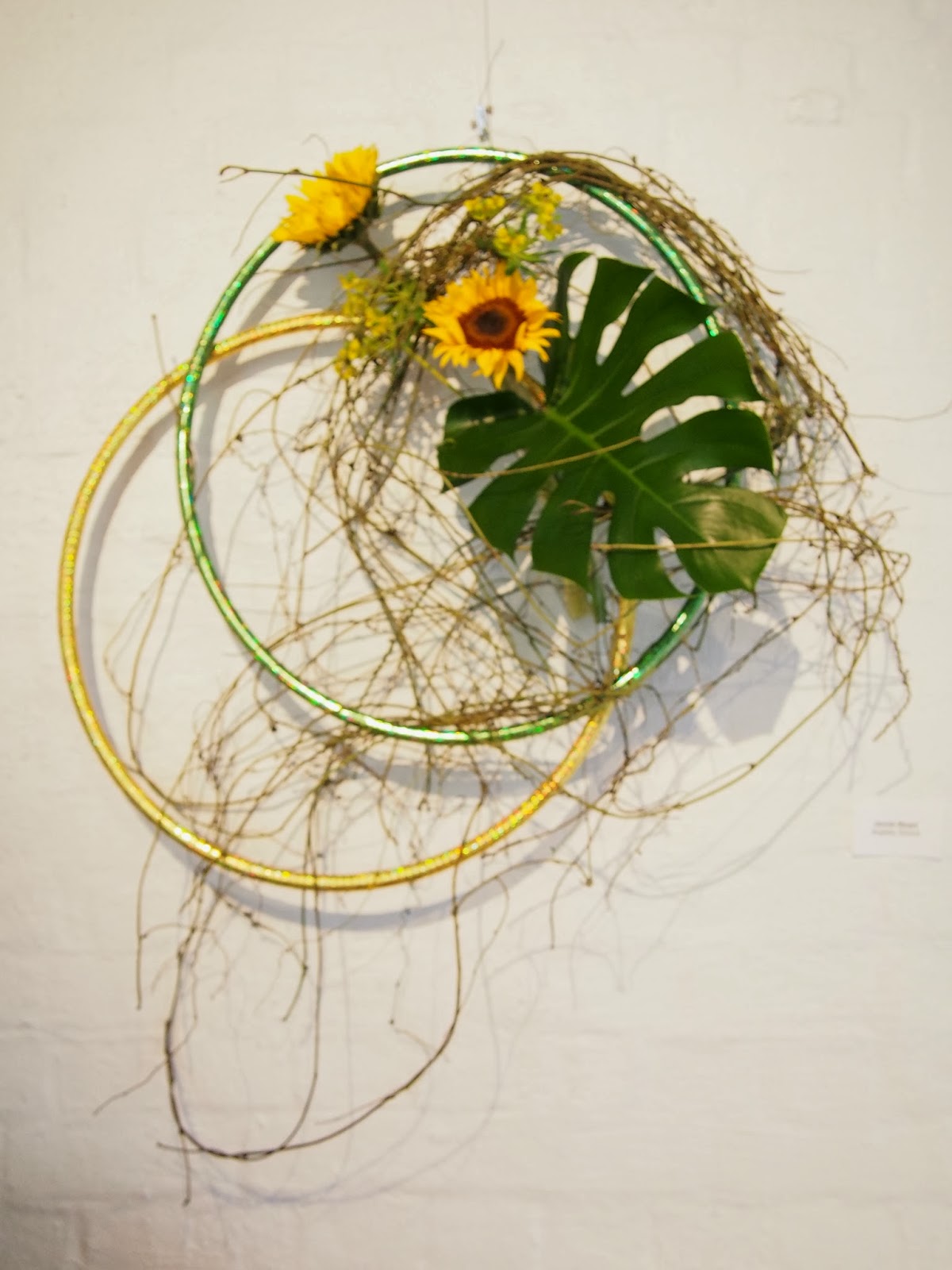 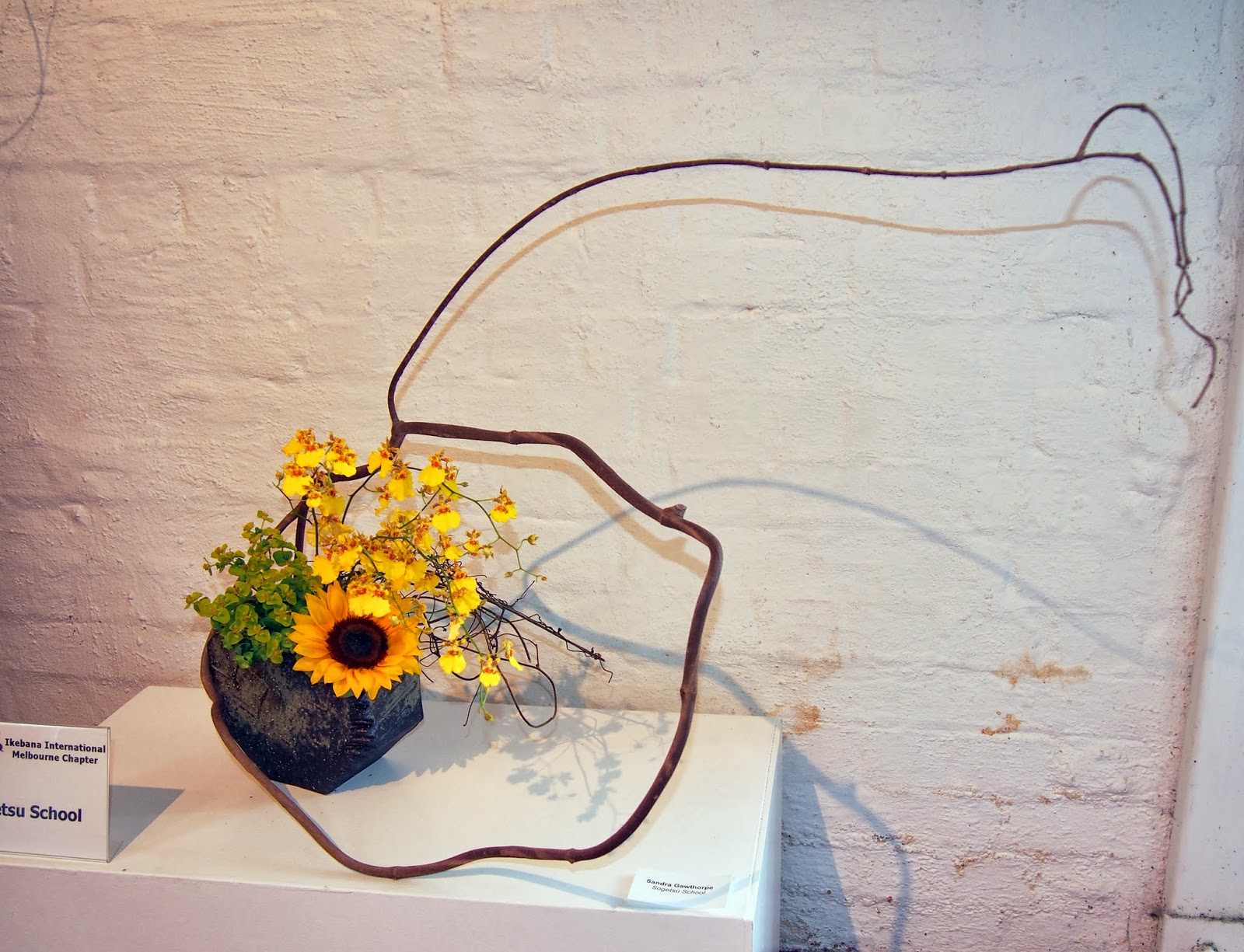 The next general meeting for the Melbourne Chapter of Ikebana International will be at 10.30 am on Tuesday October 8th at Toorak Uniting Church Hall, 605 Toorak Road, Toorak.
The theme will be Chabana, or 'tea flowers'. There will be a workshop led by Thea Sartori.

Posted by ikebana International Melbourne at 17:56